The CBI team visited the residence of Sushant Singh Rajput with Siddharth Pithani and cook Neeraj to recreate the crime scene of June 14. Here are some pictures that are going viral.

On the second day of their investigation, the CBI team visited Sushant Singh Rajput‘s residence in Mumbai where he was found dead on June 14, Sunday. The team took along Neeraj, who was present at the apartment when SSR’s body was allegedly found hanging to the ceiling fan of his room, and Siddharth Pithani, who was the first person to see the dead body. Also Read - The Lockmith Version of Sushant Singh Rajput Death Case: Was Not Allowed to Look Inside The Room 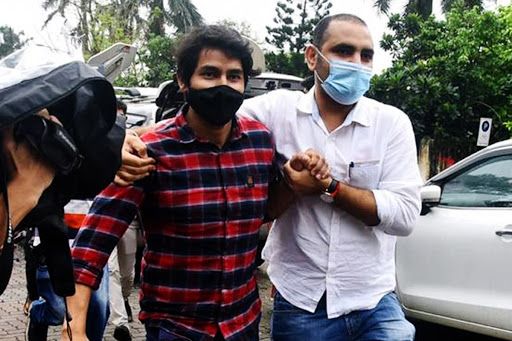 The pictures of the team visiting the apartment with Siddharth and Neeraj are now going viral on social media. The other pictures show the CBI team investigating the entire scene, even climbing up the terrace of the building and leaving no stone unturned in examining the place. Also Read - Mahesh Bhatt Called Rhea Chakraborty on June 14, The Day Sushant Singh Rajput Died 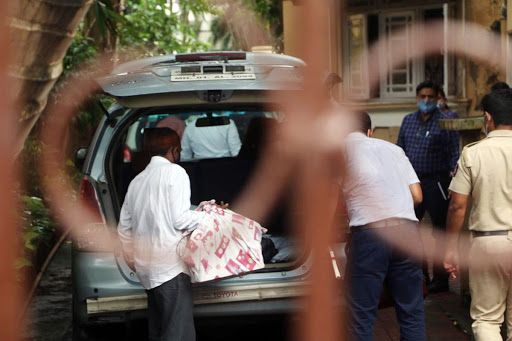 The SIT team of 16-police officers under the leadership of Nupur Prasad has been divided into many small teams that have been given separate responsibilities. While one team is dealing with the Mumbai Police in collecting all the records and evidence in the case, the other team is meeting with the witnesses and recording the statements of those accused in the FIR. Separate teams have been made to investigate the scene of the crime with forensics and to visit the hospital where the late actor’s post-mortem report was done. Also Read - Shatrughan Sinha Speaks About Rhea Chakraborty's Relationship With Mahesh Bhatt in Sushant Singh Rajput Death Case

Earlier, Mid-Day had reported that the CBI team will be using a dummy of SSR in exact height and size to recreate the entire incident. As it is reported, the house doesn’t have any proof left except the fan that was allegedly used by SSR to hang himself. The team is in Mumbai for the next 10 days.