The actress has opted for a new exercise regime for her next biggie - Housefull 4.

Housefull 4 actress Pooja Hegde is certainly among those who believe in waking up early at the crack of dawn to lace up her running shoes and breaking into a sweat. Riding high on the success of her last release, Allu Arjun’s Duvvada Jagannadham (DJ), Pooja is touted as one of the most successful female stars not just in Bollywood but South industry as well. Also Read - Spotted! Sunny Leone, Kartik Aaryan, Bobby Deol, Rakhi Sawant Papped in Mumbai- Video

The actress, who is currently shooting for four big projects simultaneously, has opted for a new exercise regime for her next biggie, Housefull 4. It’s learnt that Pooja, who is working round the clock fulfilling work commitments from one set to the other, barely has time to sleep, forget about working out. Helmed by Sajid Khan, Housefull 4′ stars Akshay Kumar, Riteish Deshmukh and Bobby Deol as the male leads, whereas Kriti Sanon, Kriti Kharbanda and Pooja will be seen as the leading ladies. Also Read - Aashram 3: Bobby Deol Looks Forward to New Season, Hopes it Does Well in Future as well

A source says, “Pooja is one of the busiest female stars of the South film industry, working on big banner multiple projects. In spite of that, fitness always remains her priority and she has chalked out a new fitness routine by waking up at 4 am to break a sweat for her next, Housefull 4. Pooja hits the gym quite early unlike other female stars and post workout she starts shooting for her films from 8 am to 10 pm, sometimes even stretching for more.” ALSO READ: Mahesh Babu – Pooja Hegde’s Mahesh 25 Goes on Floors in Dehradun Also Read - Durgamati Trailer: Bhumi Pednekar Impresses in This Not-so-Scary Drama With a Haunted Haveli, Wandering Soul And Political Conspiracy 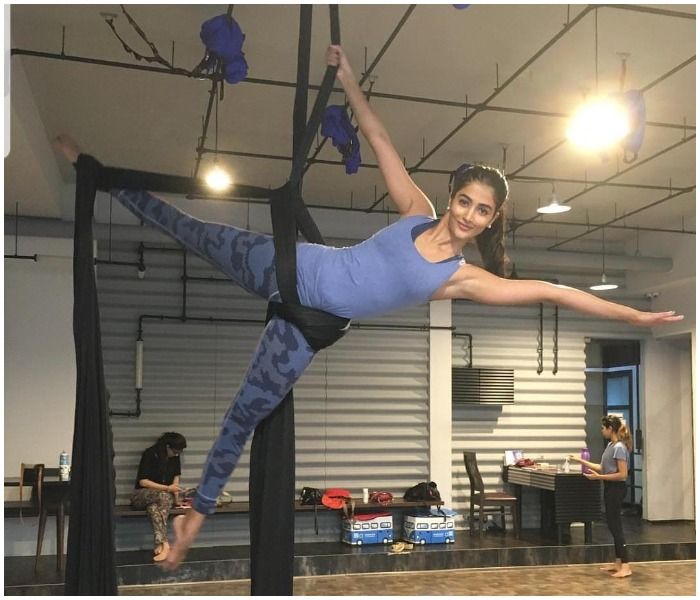 The source further added, “It’s a mix of calisthenics and Pilates which has really got me good results. Since the last couple of weeks, I had to travel more for shoots at different locations. Fitness has always been my priority and I’ve chalked out a new fitness routine by waking up at 4 am and working out to stay in shape for Housefull 4. My diet is basic home food, I don’t believe in dieting. Just stay off the junk.”