Priyanka Chopra And Nick Jonas’ Pictures Will Make You Believe That Love is The Most Beautiful Thing, Check

Priyanka and Nick got married in Jodhpur.

Priyanka Chopra–Nick Jonas took wedding vows as per Christian and Hindu rituals in Jodhpur’s Umaid Bhawan Palace. The couple continue to give us relationship goals and their pictures always make us feel that matches are made in heaven. The actress recently shared a picture of Nick’s mehendi that had her name written on his hand like a shloka. Well, the American singer is setting goals for all the husbands out there. The stars celebrated their first Christmas together with families. It goes without saying that Priyanka is living the best phase of her life. Also Read - Priyanka Chopra Reminisces Her Padma Shri Win, Says 'It Bring Backs Incredible Memories'

A couple of days back, the stars were spotted doing Christmas shopping. Dressed in a white sweater and a pair of black jeans, PeeCee looked stunning. Nick was seen in a casual avatar. Also Read - Priyanka Chopra Jonas' Blink-And-Miss Appearance in Teaser of Netflix' Movie We Can Be Heroes 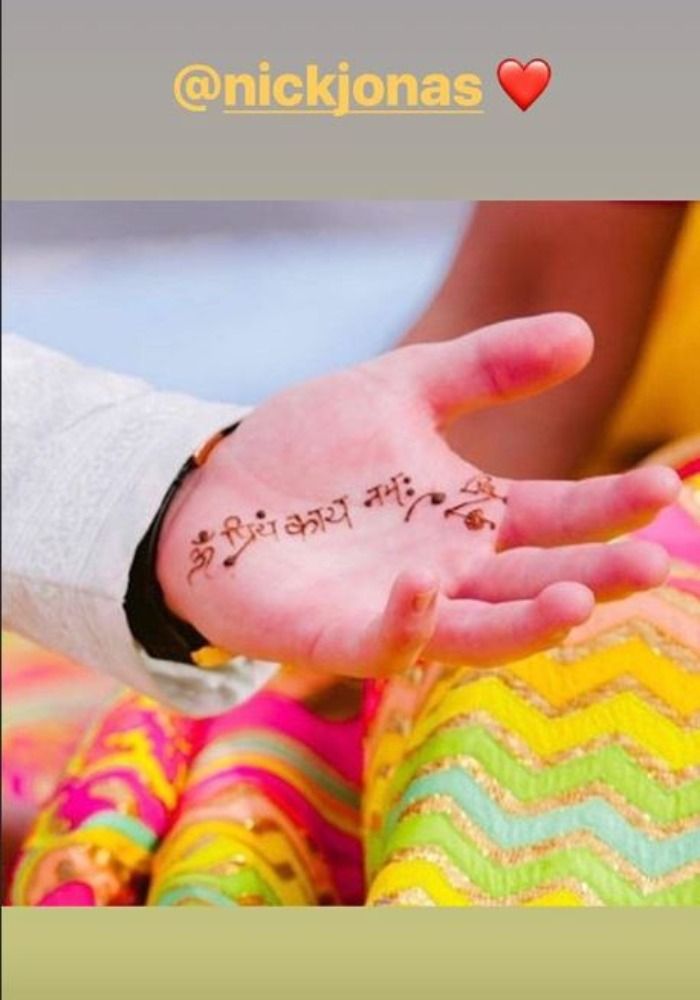 The couple was dressed in Ralph Lauren outfits for the Christian ceremony and wore Sabyasachi outfits for the traditional Indian wedding. After getting married, Priyanka and Nick hosted their first reception in Delhi which was attended by Prime Minister Narendra Modi. The Mumbai reception saw many renowned faces of the silver screen like Deepika Padukone, Ranveer Singh, Rekha and more. If a report is to be believed, they are also planning to throw a party for their friends from the west.

It’s always the little #details that make the big picture so unique. This, for us, was the collaborative effort of everyone who believed in these details to make our wedding so special. Thank you @forestessentials for creating these amazing, personalised luxury Ayurveda sets for our family and friends. #FEBride #FEWeddings #GiftAnExperience #LuxuriousAyurveda #LuxuryOfPurity #ForestEssentials

The daily quoted a source saying, “It will be a black-tie event, with Priyanka’s close friends Kerry Washington, Dwayne Johnson, Ellen DeGeneres, and the Duchess of Sussex- Meghan Markle on the guest list. Many other Hollywood stars including her co-stars from A Kid Like Jake and Isn’t It Romantic? and Nick’s friends from the music fraternity are also expected. Besides her family, Priyanka’s cousin Parineeti Chopra is also likely to fly down for the soiree”.

On the professional front, the actress will soon resume shooting of her upcoming film, The Sky is Pink. It also features Zaira Wasim and Farhan Akhtar in crucial roles. The project is helmed by Shonali Bose.