Priyanka Chopra and Nick Jonas Snapped Together After Making Their Relationship Official?

Priyanka and Nick were snapped after a dinner date last night in NYC.

Priyanka Chopra and Nick Jonas are totally in love. After making their relationship official two days ago by walking arm in arm at the singer’s family wedding, Priyanka and Nick were snapped once again last night in New York City. The two were clicked after a dinner date. After the couple’s pictures from the wedding, these new ones are going viral. The two are in no mood to accept or deny relationship rumours and continue to spend quality time together.Also Read - Priyanka Chopra Jonas Turned NYC Airport into Her Runway in Rs 3 Lakh Dior Leopard Print Hoodie

While Priyanka was spotted in a powder blue dress and a white jacket, Nick was spotted in a black t-shirt and white pants. The actress looked stunning in her satiny number. The two were clicked but they did not seem to get bothered. Over the last couple of days, Priyanka and Nick have been spotted on a number of occasions. Right from spending time at the wedding to meeting Nick’s family, we love how our desi girl is dropping hints about their relationship. Here take a look at their recent pictures below: Also Read - Priyanka Chopra Breaks Silence On 'The Activist' Controversy, Apologises For 'Disappointing' Fans 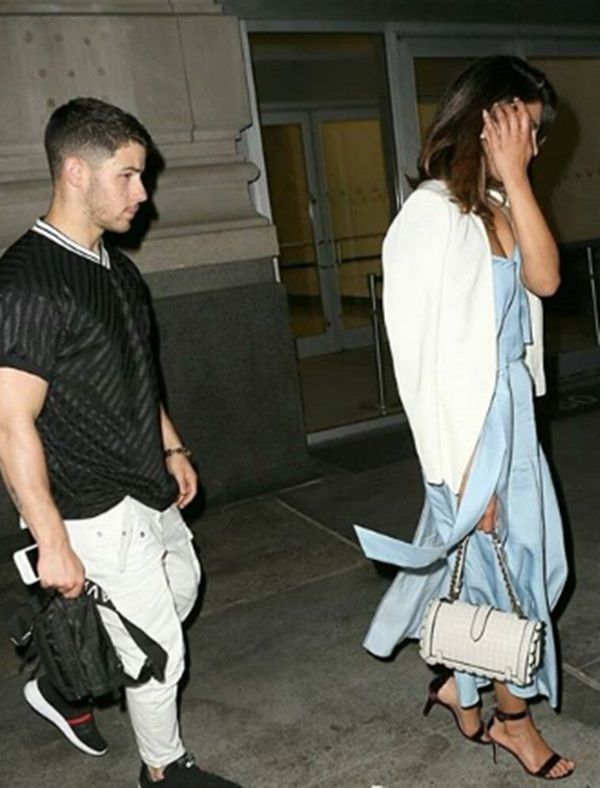 Priyanka and Nick’s relationship rumours first began at Met Gala 2017, however, at that time, the Quantico actress shut them. In the last few days, though the couple hasn’t stated much about their relationship, their love is all over social media. The two have been flirtatious with each other. We are sure you know what we are talking about if you have gone through their recent Instagram posts.