Priyanka Chopra, her rumoured boyfriend Nick Jonas and lovebirds Ranbir Kapoor and Alia Bhatt hogged all the limelight at Akash Ambani and Shloka Mehta’s pre-wedding engagement party. Priyanka and Nick steal the show as they arrived hand-in-hand at the star-studded bash that is taking place at Antilia, Ambani’s Altamount Road residence in Mumbai. The starry bash is attended by who’s-who of Bollywood. Superstar Shah Rukh Khan, Gauri Khan, Karan Johar and Sachin Tendulkar among others arrived at the party in their sartorial best. Also Read - Shah Rukh Khan is All Praises For Bobby Deol's Class of '83 - Check Out This Viral Tweet

But it was our desi girl Priyanka and Nick Jonas who caught the most attention. The Baywatch actress looked stunning in Abu Jani Sandeep Khosla’s bright red saree. She complimented her look with Amrapali earrings and Anmol Jewells’ bangles. Nick, on the other hand, opted for a classic blue dinner jacket.  After PeeCee, it was B-Town’s new couple Ranbir and Alia who grabbed the utmost attention. Ranbir opted for the monochrome outfit and posed with his friend Ayan Mukherji, While Alia looked resplendent in a pink sari. Power couple Shah Rukh Khan and Gauri Khan were among the first ones to arrive. The two happily posed for the paparazzi. Also Read - Mahesh Bhatt Writes 'No Reputation To Hold On To' in a Special Note to Pooja Bhatt as Sadak 2 Releases Soon 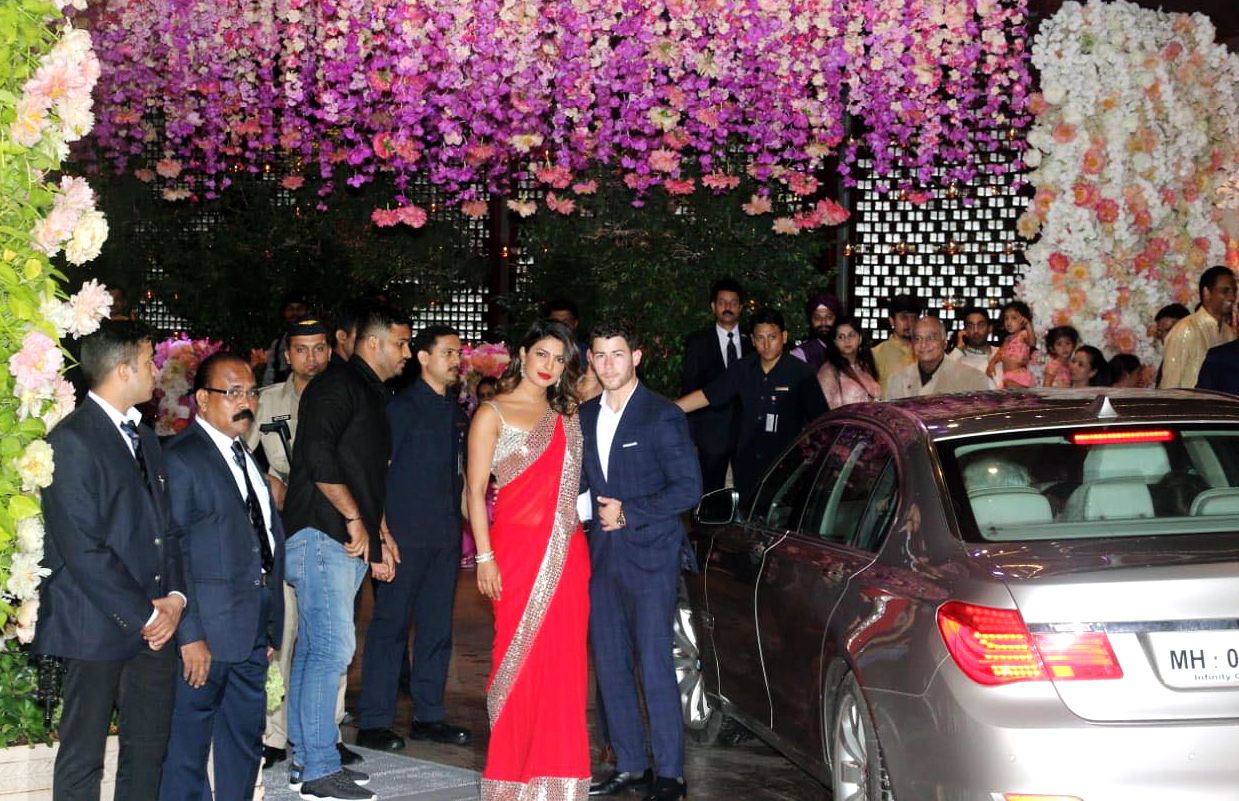 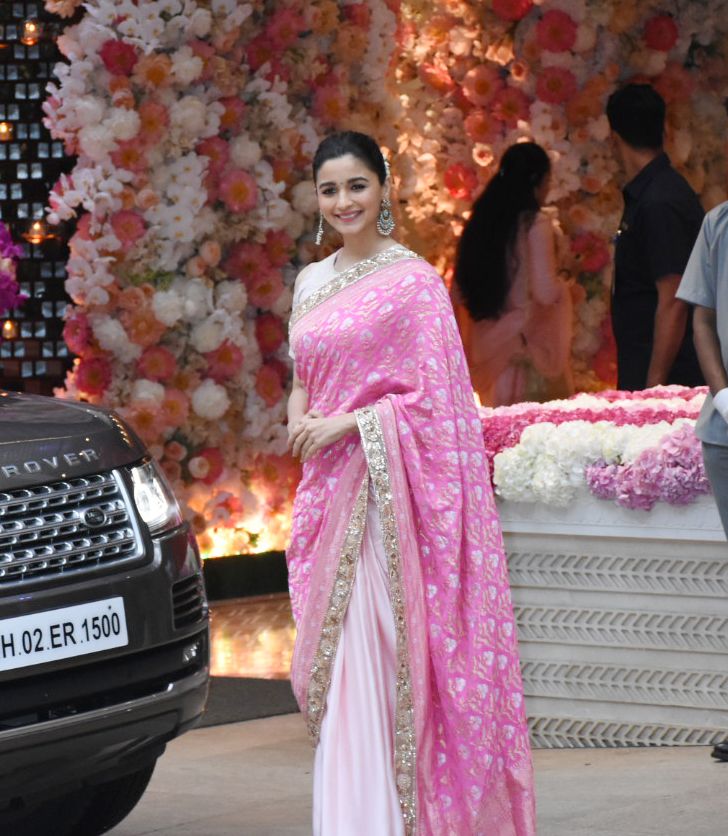 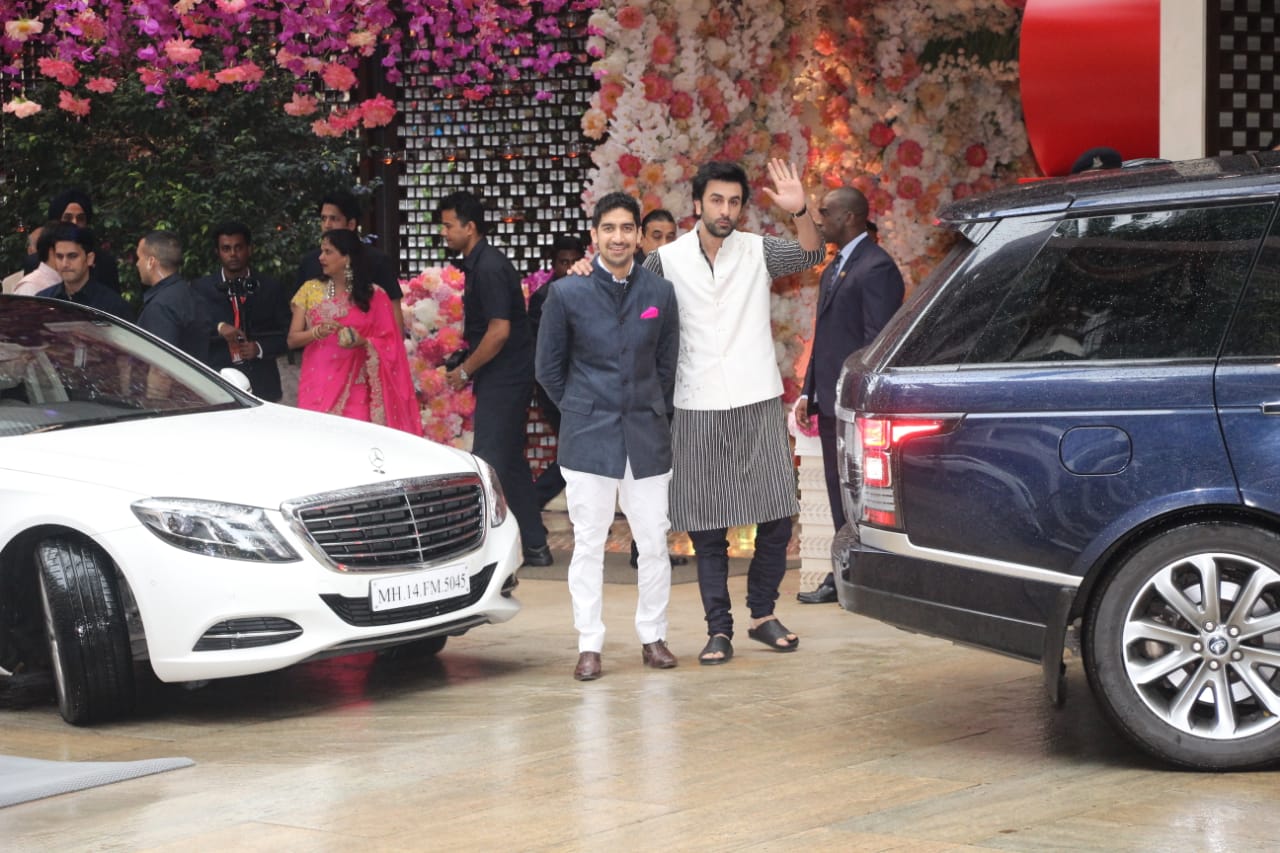 Priyanka and Nick were also spotted at Akash Ambani and Shloka Mehta’s mehendi ceremony. At the Mehendi ceremony, Ms Chopra looked stunning in an ivory saree by Tarun Tahliani. In March this year, the eldest son of Mukesh and Nita Ambani had proposed to Shloka Mehta, his childhood friend and long-time girlfriend. In March, Akash proposed to Shloka surrounded by close family members in Goa. The couple is getting engaged on 30th June, 2018.