Priyanka Chopra Shares Hilarious Bernie Sanders Memes, Have You Seen It Yet?

Actor Priyanka Chopra has been part of the hilarious meme fest and it will definitely make you go ROFL! On Friday, The White Tiger actor took to Instagram stories to share a bunch of unseen pictures of her family featuring Bernie Sanders. US politician Bernie Sanders has become the most viral meme this week after his casual appearance in mittens and ‘grandpa jacket’ at the US presidential inauguration. Like netizens, even she could not resist sharing series of memes.Also Read - 5 Times Actress Esha Gupta Crossed Limits Of Boldness, Watch Her Topless Pictures That Set Internet On Fire

In one of the photos, Bernie can be seen sitting with Priyanka and her brother Siddharth, while in another hilarious picture, Madhu Chopra is seen carrying Bernie in her arms. The third picture features Bernie on a boat with Priyanka, Nick Jonas, and her niece Sky. Another picture shows Priyanka posing with Bernie at her US home as he interrupts Priyanka and Nick’s romantic moment. In the last photo, Bernie can be seen joining the cast and crew of  The White Tiger. Also Read - Veteran Lyricist Javed Akhtar Turns 77 Today, Best 5 Bollywood Songs Written By Him That Will Always Have Our Hearts

Check Out The Memes Here: 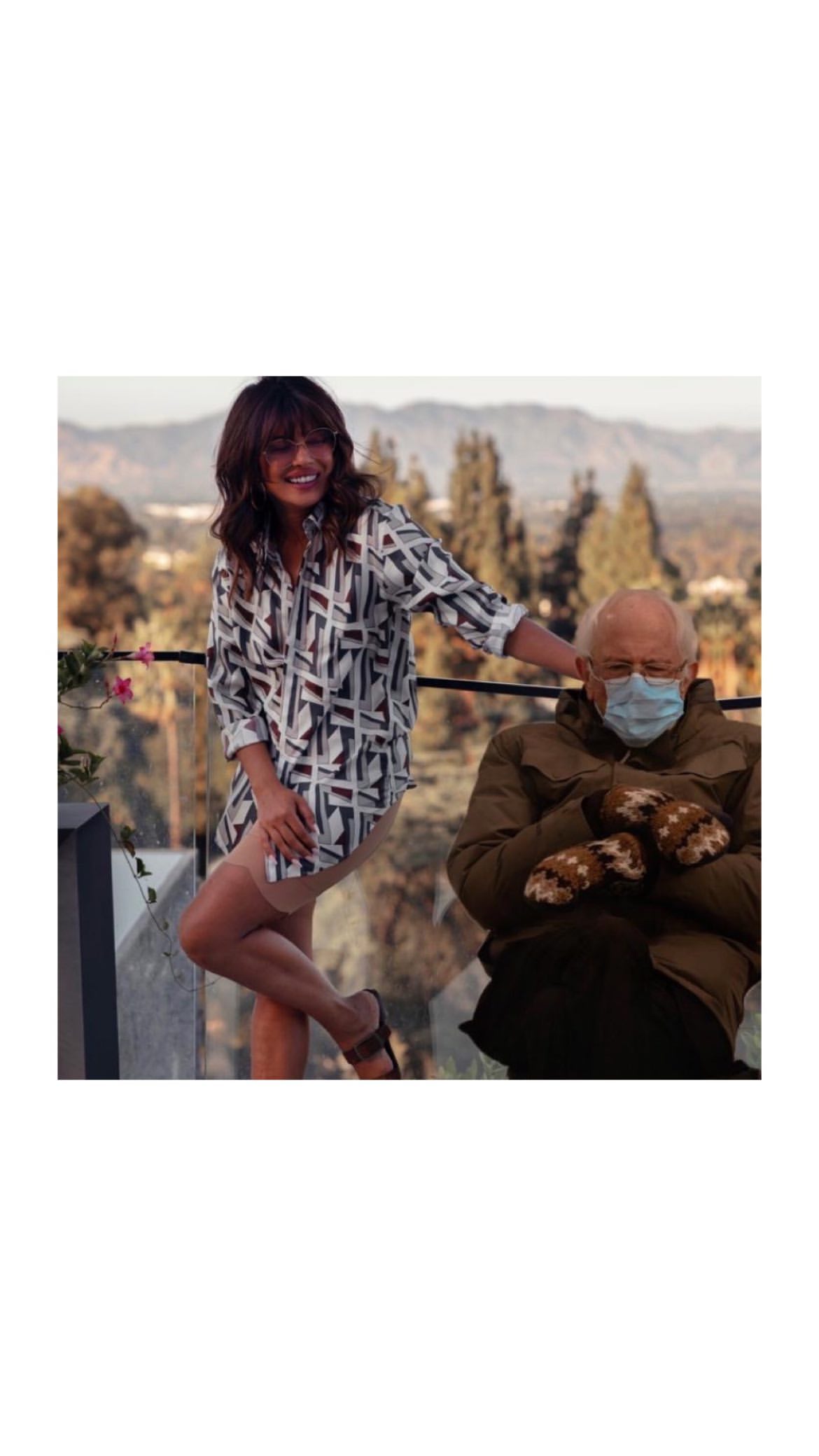 Also Read - Legendry Kathak Dancer Pandit Birju Maharaj Passes Away At 83, Here's A List Of Best Choreographies By Him That Bollywood Will Always Cherish 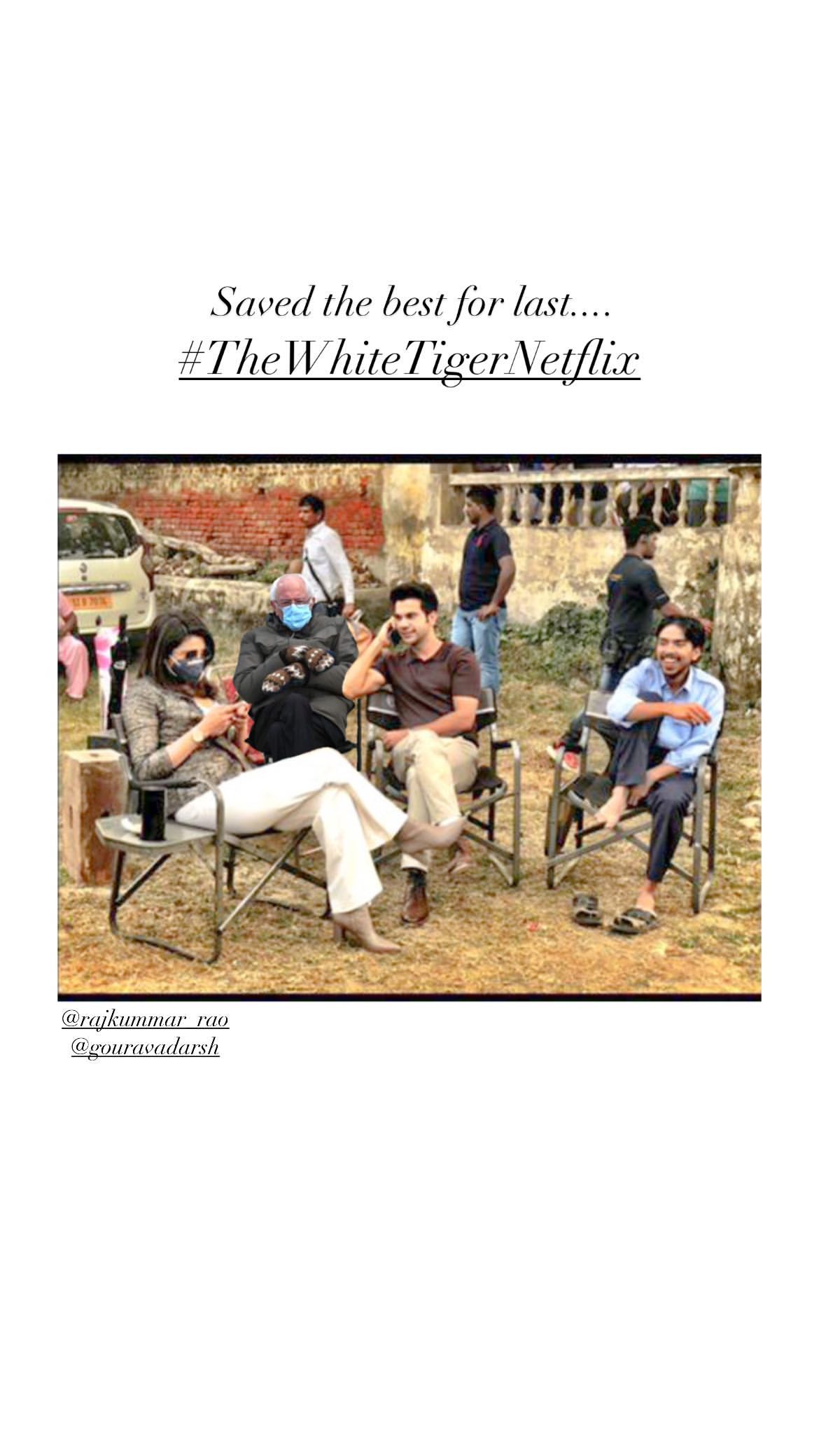 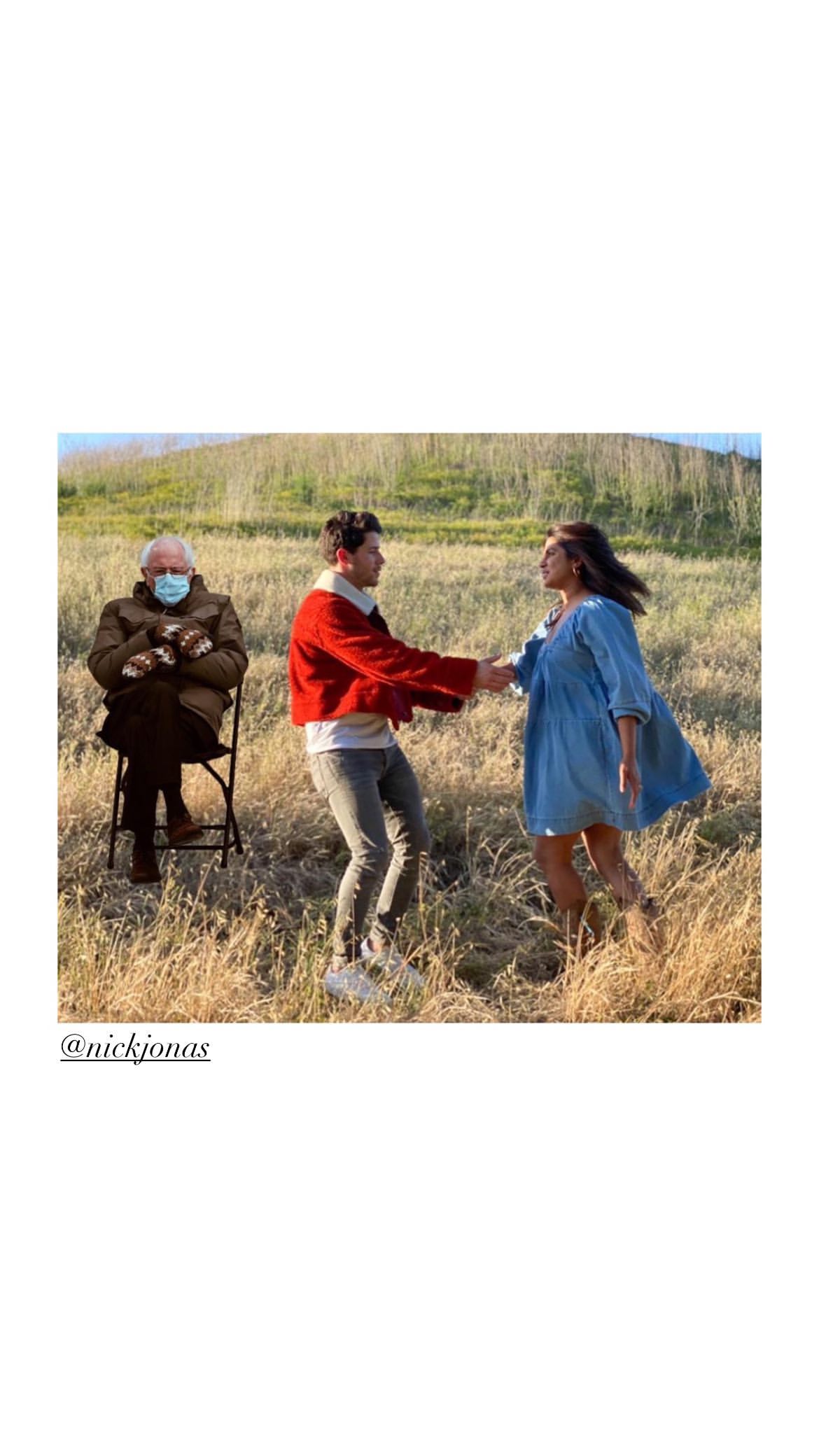 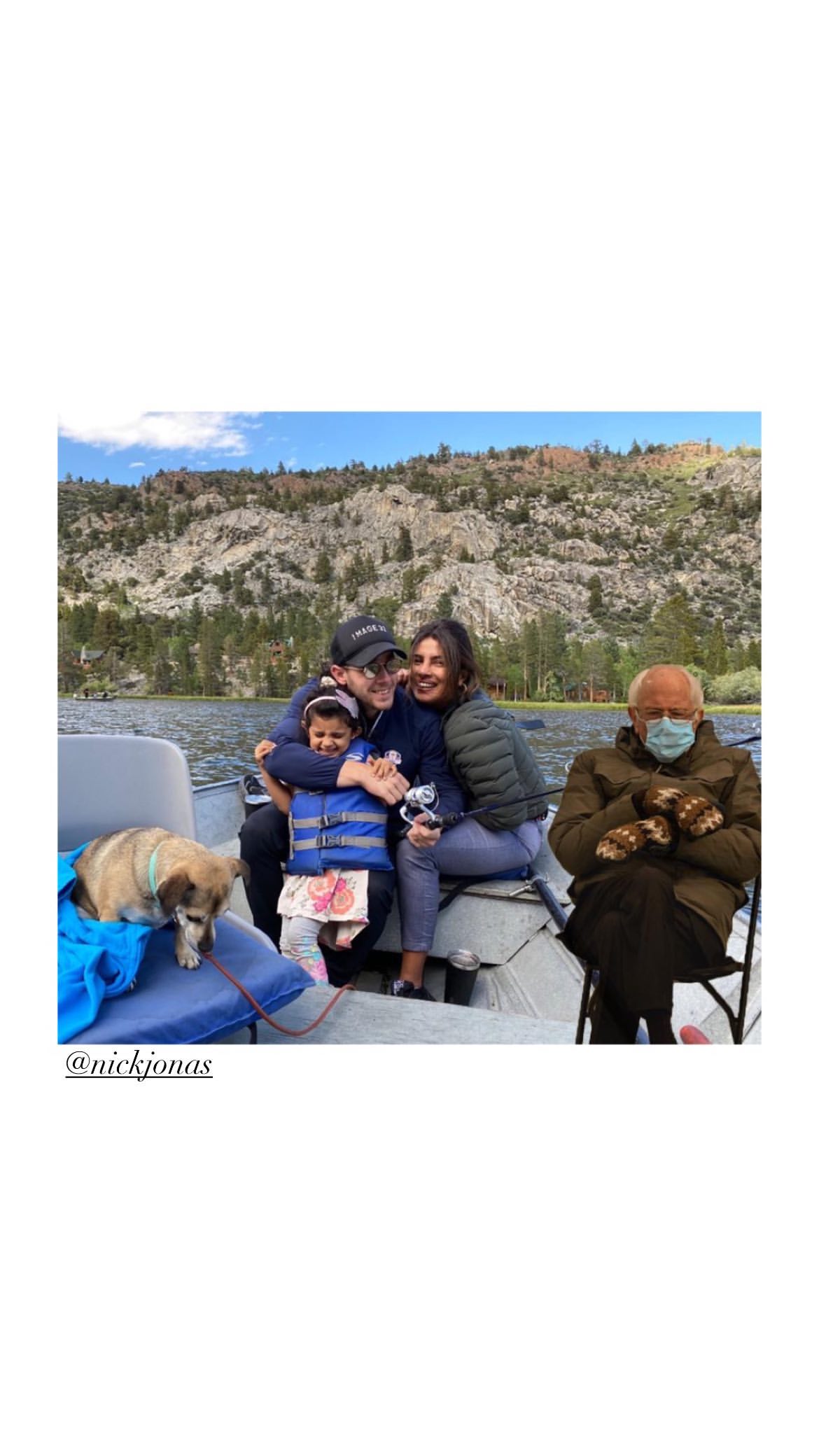 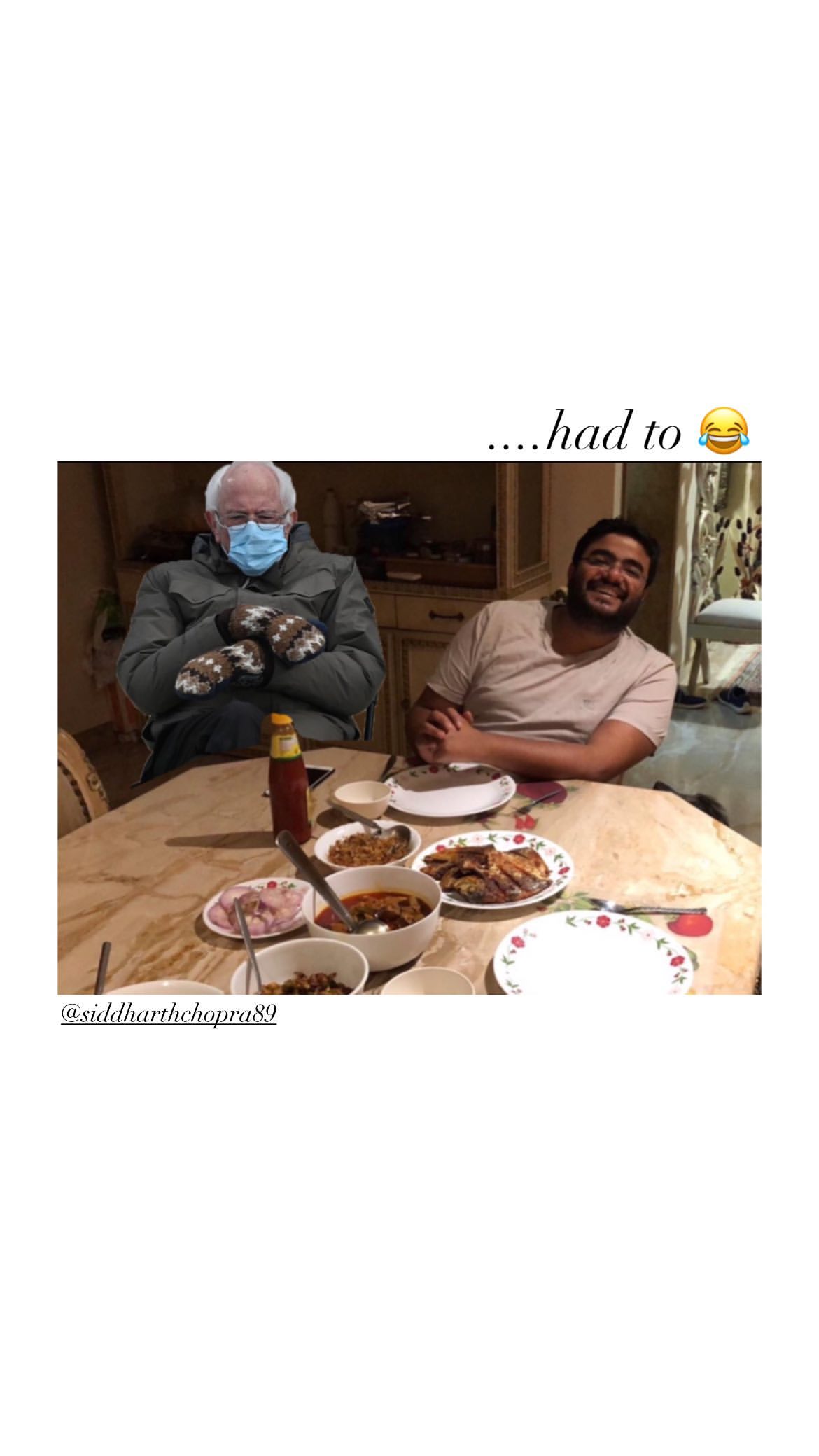 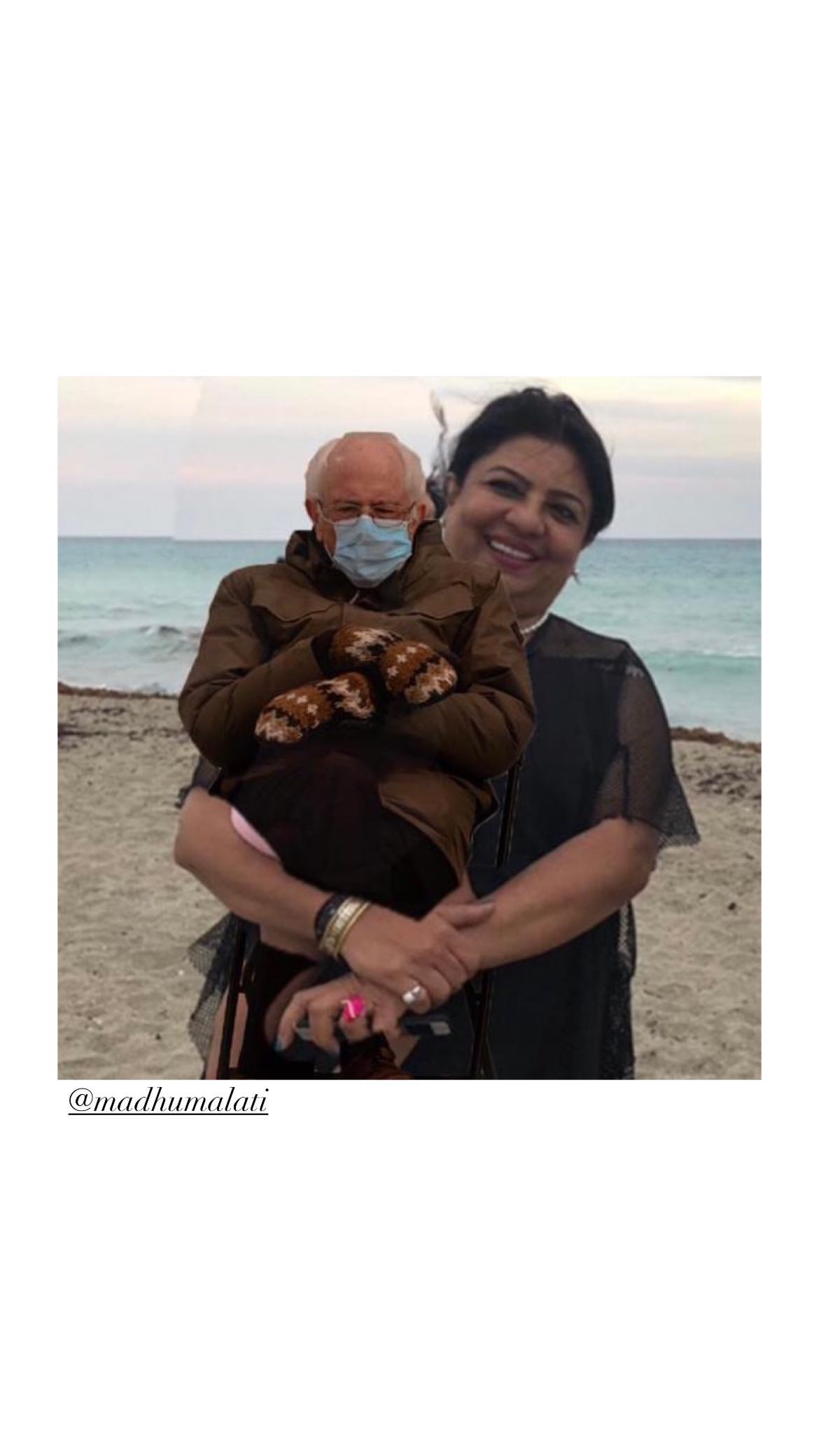 The White Tiger is all set to release on Netflix today (January 22). The film stars Priyanka Chopra, Rajkummar Rao, and Adarsh Gourav. Helmed by Ramin Bahrani, the film is based on Aravind Adiga’s Man Booker Prize-winning book, The White Tiger.

In the film, Priyanka and Rajkummar are seen as an affluent couple, who have been living with their family in India after returning from the US for their business. Adarsh is seen as their driver, Balram Halwai. Priyanka Chopra essays the role of Pinky Madam, a first-generation immigrant in the US, who is married to Ashok.

Hours before the release of the film, the Delhi High Court has refused to stay the release of the film on the online streaming giant. Justice C Hari Shankar dismissed the stay application filed by Hollywood producer John Hart Jr and filmmaker Sonia Mudhbhatkal. The court noted, “It is settled that any party approaching the court at the end hour, seeking interlocutory indirection against the release of cinematographic film, is disentitled to any such relief”.