Priyanka Chopra and Nick Jonas who recently got married at two grand ceremonies at Udaipur’s Umaid Bhawan Palace are currently enjoying the happy phase. Another Bollywood couple who exchanged vows recently is Deepika Padukone and Ranveer Singh. While PeeCee and Nick decided to get married in India, Deepika and Ranveer planned a destination wedding in Italy. ‘Desi girl’ and her husband Nick are head over heels for each other and it is pretty evident by their gestures. Their wedding pictures recently got viral and are now taking the internet by storm. Also Read - Deepika Padukone – Levis Advertisement Controversy: What It Is All About?

The couple has been making headlines ever since they started dating. It all started with a rumour just like any other Bollywood couple and then their wedding news left everyone surprised. If you are wondering if the couple changed their names on social media then the answer is yes. PeeCee has officially changed her name to ‘Priyanka Chopra Jonas’ on her social media handle. Also Read - Deepika Padukone’s Rs 12,500 Oversized Shirt Deserves a Place in Your Closet| See Viral Photos 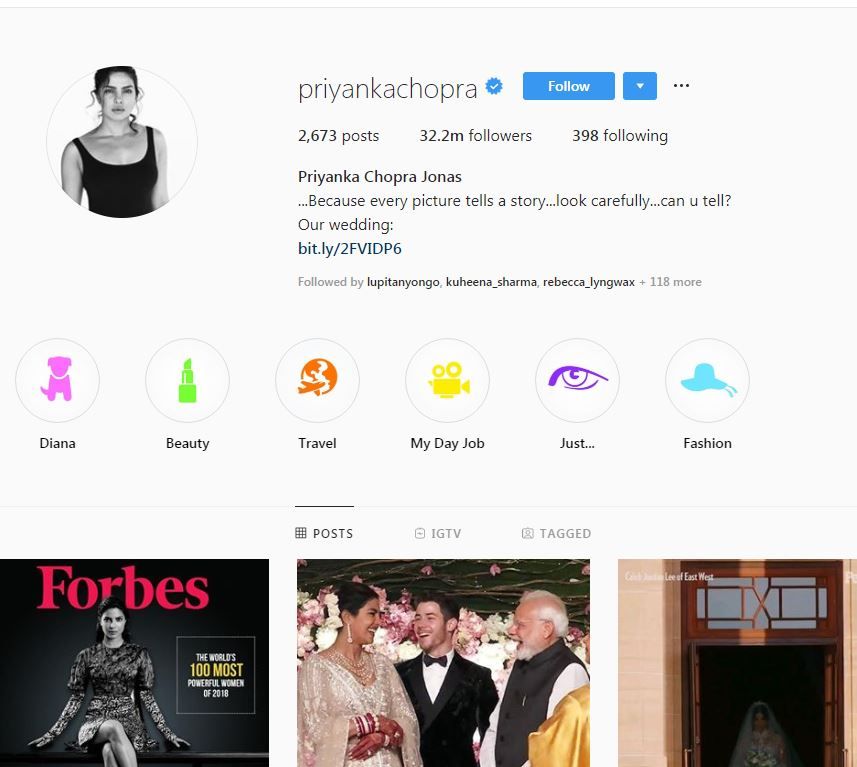 Earlier, a New York-based magazine published an article and called her a ‘global scam artist’. In no time, the magazine was slammed on social media for writing against Priyanka. After getting trolled by people on social media, several prominent names including Nick’s brother Joe Jonas and his partner Sophie Turner, criticised the publication for giving encouragement to insensitivity through such a written piece. Also Read - Deepika Padukone's Latest Video Goes Viral, Actor Gets Mobbed as Woman Tries to Pull Her Bag

Yesterday, while Priyanka was at an event in Delhi, she was asked about the comment on the article to which she responded saying that she does not pay much heed to the haters since right now she is in peace in life. PC said, “I don’t even want to react or comment. It’s not even in my stratosphere. I’m in a happy place at this moment. These kinds of random things can’t disturb it,” said Priyanka.