Priyanka Chopra’s Mother Madhu Chopra Was Upset With Her During Her Wedding With Nick Jonas, Here’s Why

Here's why Priyanka Chopra's mother, Dr Madhur Chopra remained upset with her during her wedding.

Actor Priyanka Chopra made an appearance on the popular chat show, The Ellen DeGeneres Show, and talked about her wedding. While sharing many inside details, the actor said that her mother was particularly unhappy with the wedding because she couldn’t invite all those she wanted to. Also Read - Priyanka Chopra Jonas' Blink-And-Miss Appearance in Teaser of Netflix' Movie We Can Be Heroes

Priyanka got married to American singer Nick Jonas in a lavish wedding at Jodhpur’s Umaid Bhawan Palace on December 1 and 2. While talking about her mother, the actress revealed, “For an Indian family and an Indian wedding, [it was small] for sure. My mother was so upset with me the whole time. She was like, ‘I need to have another wedding for the other 150,000 people that I know! How can I not invite my jeweller? How can I not invite my hairdresser?’ So it was a whole conversation.” Also Read - Priyanka Chopra Jonas Celebrates Diwali With Nick in London Wearing a Stunning Sabyasachi Saree

The host, Ellen teased her by saying that it seems her wedding went on forever. Priyanka went on to say, “It was just three days! One Indian ceremony and one western Christian ceremony, and one day of pre-rituals—which we have in the Hindu wedding. But it was not, like … usually Indian weddings are a thousand people, at least. We only had 200, which was mostly family because both of us have giant families,” Chopra told DeGeneres. Also Read - What Kamala Harris' Win in US Election Means to Indian Women - Priyanka Chopra, Richa Chadha And Masaba Gupta Explain it Right! 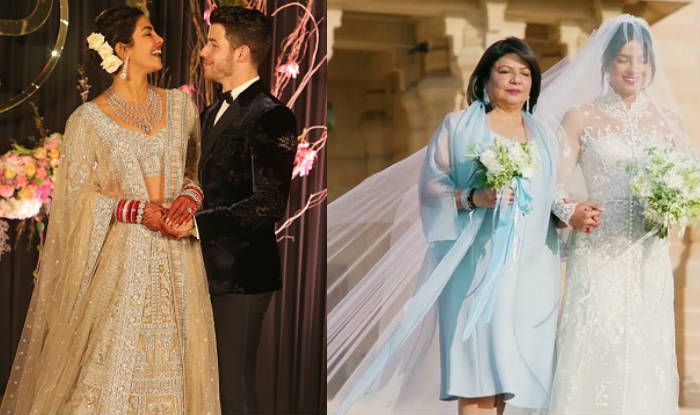 DeGeneres, 61, then teased the actor for not inviting her for her December wedding even though she was once Nick’s landlord. PC shot back, saying, “We were so offended that you didn’t even respond to our invite. It’s so true! I was like, ‘We’re not good enough for Ellen? She wouldn’t come to India? She doesn’t even respond anymore? Nick, you’ve had such a good relationship with her …’ I was very offended for him, honestly. But I’m just the wife. I don’t know anything …”

The actor said she and Jonas, 26, did not know much about each other’s careers when they started dating. “We showed each other our work from when we were younger—the embarrassing stuff, like, the horrible stuff. It was great. That’s how we got to know each other’s careers,” she said.

Gushing about her husband, Chopra said she is surprised that he is so family-driven. “It shocks me how he’s not been corrupted. We know when you’re entertainment for such a long time … He’s so family-driven, he’s all about his parents. And he’s just nice and sweet,” she added.