The ‘heart’ and ‘leaf’ patterns on coffee froth are a thing of the past now as Barista just amped their beverage game with a Nick Jonas-themed coffee for The Sky is Pink star Priyanka Chopra while she was in Toronto for the International Film Festival where the premiere of her upcoming Shonali Bose-directorial was to take place. Taking to her Instagram handle, PeeCee shared her epic reaction on drinking the coffee featuring her beloved and fans couldn’t help but gush over the video. Also Read - The Sky is Pink: Priyanka Chopra Can't Hold Her Excitement as She Leaves For Toronto For The Film's Premiere

The shared video shows Priyanka flaunting the coffee mug with Nick’s caricature on the froth. The video was captioned, “mmmm” while the picture that followed showed an “after” effect of the creatively done beverage. Also Read - The Sky Is Pink's First Look Reveals as The Priyanka Chopra Starrer Goes to TIFF 2019

Check out Priyanka’s latest videos from TIFF here: Also Read - Zaira Wasim Makes This Special Request to Makers of The Sky is Pink After Her Big Announcement 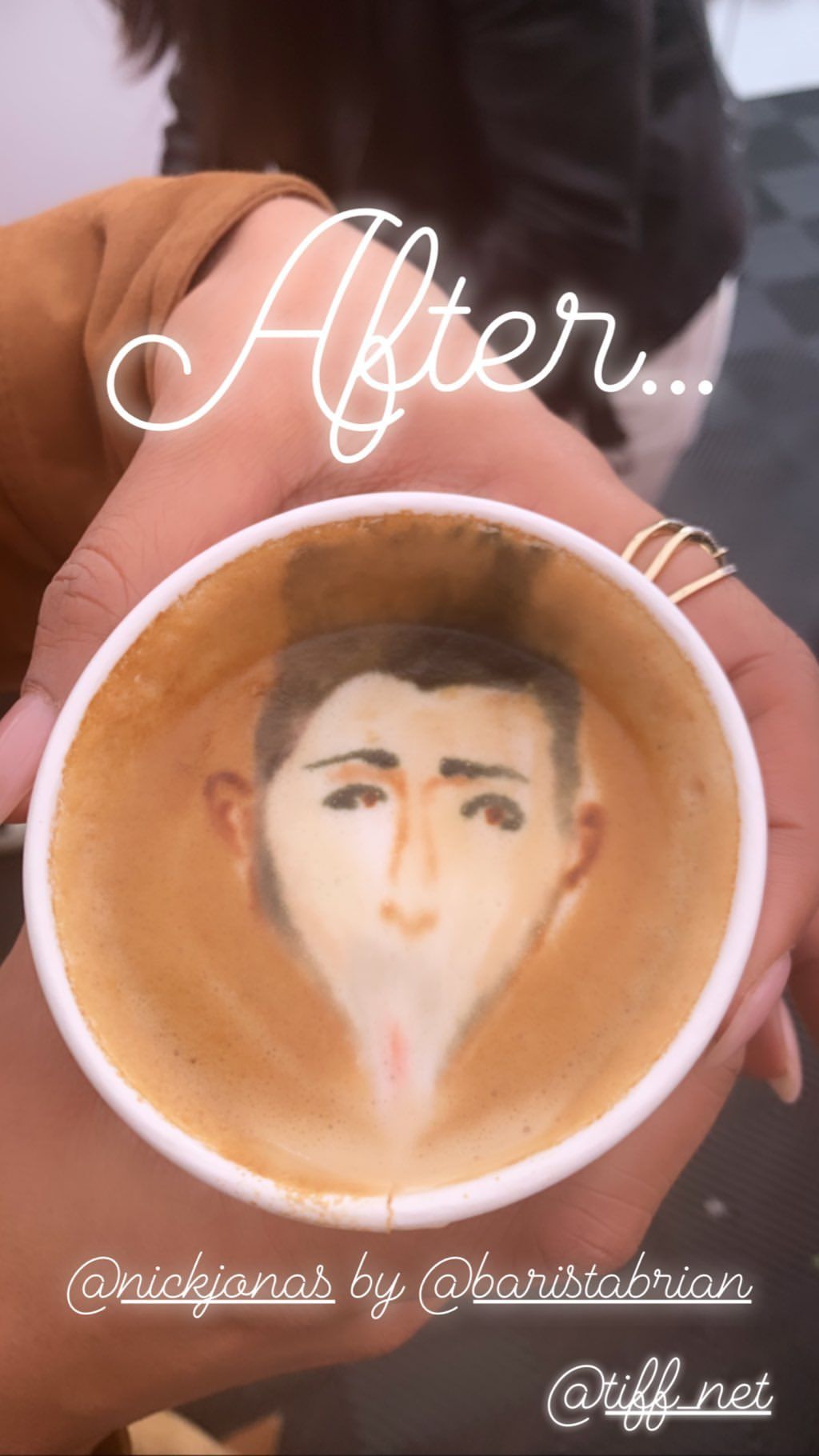 Recently, Priyanka shared another still from The Sky is Pink. The picture shows her in the arms of her co-star, Farhan Akhtar. Lost in each other’s gaze, the duo posed before the backdrop of Jama Masjid in Delhi. The picture was captioned, “Made with love and so much more! #TheSkyIsPink Stay tuned… @faroutakhtar @zairawasim_ @rohitsaraf10 @shonalibose_ #RonnieScrewvala @rsvpmovies #SiddharthRoyKapur @roykapurfilms @purplepebblepictures #SKGlobal (sic).”

The Sky Is Pink is based on Indian motivational speaker Aisha Chaudhary who suffered pulmonary fibrosis and passed away at the age of 19, just a day after the release of her book titled My Little Epiphanies. The film features Priyanka Chopra in the role of her mother and Farhan Akhtar essaying the role of her father. Zaira Wasim plays the pivotal role as Aisha Chaudhary in the Shonali Bose-directorial.

Apart from The Sky is The Pink, Priyanka also has in her kitty, the Netflix film titled The White Tiger opposite Rajkummar Rao.