Ranbir Kapoor carried the big Christmas gift while Alia Bhatt flashed her million-dollar smile as they posed together for the paps at Kapoor's annual Christmas lunch. Check out the pictures here.

Actors Ranbir Kapoor and Alia Bhatt dolled up for the former’s family bash on Christmas. The Kapoors are known to host an annual family Christmas lunch and Alia has been part of the same for two years in a row now. In the latest pictures clicked by the paparazzi, both Alia and Ranbir were seen dressed in their casual best as they headed for the Kapoor’s mandatory Christmas lunch. Ranbir’s mom, Neetu Kapoor wasn’t a part of the soiree as she’s currently shooting in Chandigarh for her upcoming movie with Varun Dhawan, Kiara Advani, and Anil Kapoor.Also Read - 9 Most Dazzling And Costly Wedding Rings Worn by Bollywood Actresses

While Ranbir wore a casual grey t-shirt and a pair of black denim, Alia looked pretty in a simple green dress that she styled with a cozy Santa cap with ‘Mrs Santa Claus’ written over it. Check out the pictures here: Also Read - RRR Big Update: Makers Give Two Release Dates; Will Ram Charan-Jr NTR's Film Clash With Bachchan Pandey This Holi? 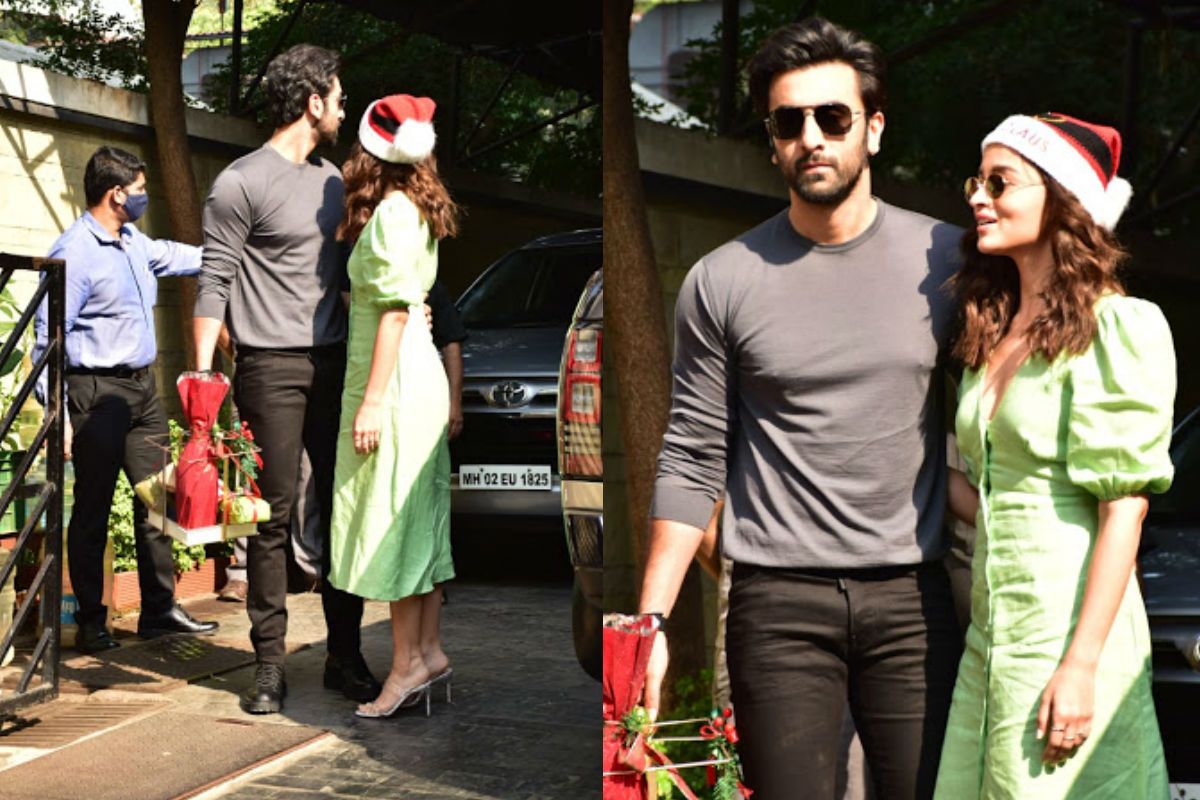 Accompanying them at the lunch were Kareena Kapoor Khan-Saif Ali Khan with their kid Taimur Ali Khan, Karisma Kapoor, Armaan Jain and his wife Anissa Malhotra. While Kareena dressed in a green Masaba kurta, Anissa also kept it chic in a green maxi dress while all the male members of the family looked dapper as always. Also Read - Even Taimur Ali Khan Gets Tricked by These Turkish Ice-Cream Vendors - Watch Viral Video

It seemed like green was the theme of the lunch as all the ladies of the Kapoor family came dressed up in the same colour. Last year, as the family got together to celebrate Christmas, Rishi Kapoor and Neetu Kapoor too appeared bright and happy taking part in the festivities. This year, the day comes bearing the same memories!