Ranveer Singh Reveals Why he Will Never Cheat on Wife Deepika Padukone, Says ‘No Other Person Will be Good Enough to Tempt me’

Ranveer Singh just released his film Gully Boy on Valentines Day, February 14 and got a positive response from the audience on day 1. Before the release of his film, the actor has been busy with the promotions of Gully Boy and in one of his interviews, the actor talked about cheating and why he will never cheat on his wife Deepika Padukone. Also Read - Deepika Padukone Tests Covid-19 Positive After Her Family Contracts The Virus

Ranveer recently appeared on Karan Johar’s talk show where he was asked about the challenges two superstars face in a wedding to which he said, “I have bagged myself the topmost chick, so what do I have to worry about. I have never met anybody in my life who has captivated me like the way she does. I have been seeing her for six years before we got married and that is testament to the fact that no other person has been, or will be good enough to tempt me. She (Deepika) is really something else”. Also Read - Deepika Padukone's Father Prakash Padukone Hospitalised After Testing Covid-19 Positive, Mother, Sister Test Positive Too 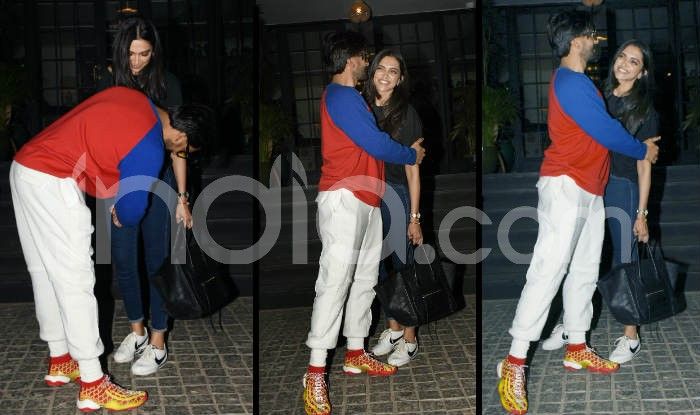 He was then asked about insecurities and the other challenges faced to which he responded saying, “Honestly, there aren’t any issues. When we are home and together, we are super chill. We are best friends first and that is the most beautiful part of our relationship. Fortunately, we are both in the same line of work, so we always have a lot of talk about”. Also Read - Mini Mathur Gives Back To Troll Who Asks If Kabir Khan is Bankrupt After Ranveer Singh's 83

On a related note, Gully Boy is directed by Zoya Akhtar. The film received a positive response and the actors are also being praised for their performance. His rapping skills in the film are being applauded.

Gully Boy minted Rs 18.70 crore on the first day of its release and the numbers are expected to grow on weekends.

On a related note, Ranveer’s last film, Simmba was a box office success. He has started prepping for ’83 in which he will be seen playing the role of Kapil Dev.