The celebrations for Ranveer Singh and Deepika Padukone just don’t seem to be getting over anytime soon. In fact, the couple has got a new reason to raise a toast now. After their adorable wedding, that happened a month back in Italy, the newlyweds are now celebrating Ranveer’s Best Actor Award win. The actor received the trophy at the recently held Star Screen Awards 2018 where he arrived hand-in-hand with his wife. Also Read - Deepika Padukone Reunites With Shah Rukh Khan For Pathan, To Start Shooting Today

Ranveer was felicitated for his performance in Padmaavat, which also featured Deepika in the lead. Something very beautiful happened between the two at the awards ceremony. Ranveer dedicated his trophy to his wife and while he was on stage, Deepika couldn’t hold back her tears. There was a proud grin on her face and tears of love in eyes as she kept looking at Ranveer, who was telling her how much he loves her, from the stage. The video of the same went viral on the internet yesterday, on December 17. And now, Ranveer has opened up about that moment. Also Read - Siddhant Chaturvedi On Working With Deepika Padukone: I Am Living Out Of A Dream In Every Possible Way

Talking to Pinkvilla, the actor revealed that it was a magical moment for him to dedicate his award to his beloved wife. He also mentioned that it was a dream come true and he has always wished that moment to occur in his life. He said, “I always had this dream where one day I would be sitting and Deepika would be sitting next to me and I’ll be married to her and they’ll call my name for Best Actor. I will turn around and give her a kiss and then I’ll go up on stage and then I will receive my award and that happened last night (Star Screen Awards 2018) and it was magical”.

Ranveer also shared how being awarded for something like Padmaavat is important for both him and Deepika. He said that each word from his speech that he dedicated to Deepika was from the heart and he didn’t even know what he was saying then. Ranveer explained, “When I was on stage, I was just saying whatever was coming to me. It’s only later that I realised what I had said and how true it actually is. I have been working in show business for eight years now and six of those eight years, I have been dating Deepika. She’s a large part of my growth and my evolution. She’s a large part of the reason I am able to achieve all the things I have achieved in the past six years because she kept me grounded and centered. She was my support through it all”. 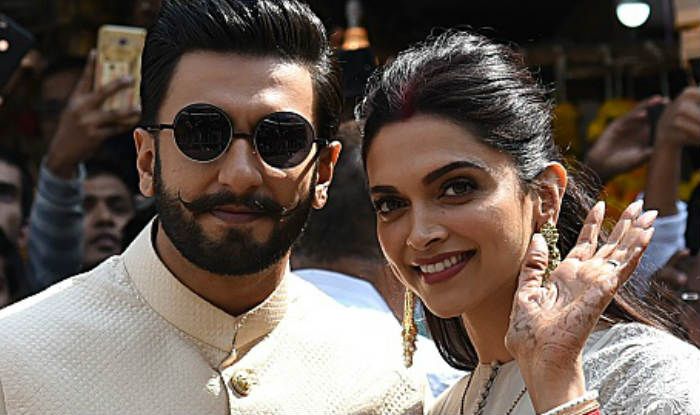 In his speech, he thanked Deepika for being in his life and constantly motivating him to do better. He thanked her for keeping him grounded and showering so much love on him all these years.

The actor said, “Film me mujhe shayad meri rani nahi mili, lekin real-life me mujhe meri rani mil gayi.
Baby, I love you. Pichle 6 saal me agar maine kuch bhi achieve kiya hai, kyuki aapne mujhe grounded rakha, centered rakha… thank you for everything. I love you. (“I couldn’t get the queen in the film but in real life, this queen is mine. Baby, I love you. If I have been able to achieve anything in these six years, that’s because you kept me grounded and centered. Thank you for everything. I love you.”).