A post shared by Riddhima Kapoor Sahni (RKS) (@riddhimakapoorsahniofficial) on May 9, 2020 at 10:48pm PDT

Riddhima also posted more pictures in her Instagram stories. While one picture showed Neetu posing with their cute cat, the other picture had both Neetu and Riddhima and it read ‘my mom-my everything’. Check these out: 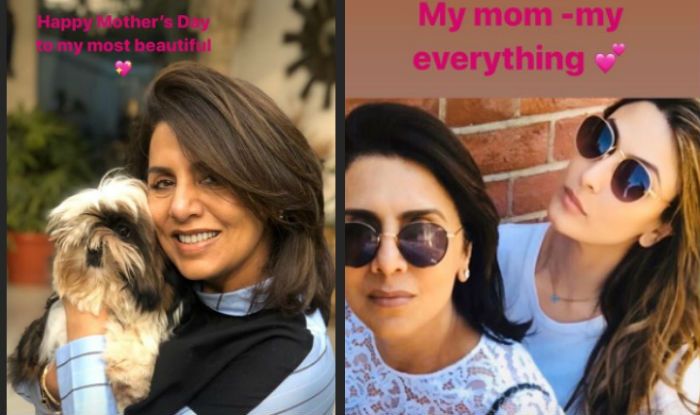 The entire family is currently mourning the demise of Rishi Kapoor who passed away on April 30 at Sir HN Reliance Foundation Hospital in Mumbai after a year-long battle with cancer. Both Riddhima and her brother Ranbir Kapoor are standing like the strongest pillars with their mom.

Riddhima, who was in Delhi with her in-laws, could not attend her father’s funeral. She arrived in Mumbai on Saturday, two days after the demise of the veteran actor as she travelled by road from Delhi to Mumbai with her daughter Samara. She saw the last rites of her father through video conferencing with the help of Alia Bhatt who stood by the entire family in the grieving times.

Alia also accompanied the family to Banganga where they immersed the late actor’s ashes. They were joined by Ayan Mukerji who is considered a good friend of Ranbir.