Rishi Kapoor's family didn't get permission to visit Haridwar amid pandemic. Randhir Kapoor says they immersed the late actor's ashes in Banganga on Sunday. Read on.

A prayer-meet for Rishi Kapoor was organised by his family on Saturday. A photo from the same meet is currently going viral on social media. Giving away more details about the post-funeral rituals, the actor’s brother, Randhir Kapoor, said the prayer-meet was attended by six members of the family. He informed that it happened on Saturday and not on Sunday as is being reported in the media. Also Read - Rishi Kapoor's Prayer-Meet Photo: Neetu And Ranbir Kapoor Sit With Emptiness in Eyes And Grief in Heart

Randhir talked to Indian Express in his latest interaction and mentioned that the family wanted to immerse Rishi’s ashes in Haridwar. However, due to the ongoing nationwide lockdown, they could not get permission to visit Haridwar in the current times. The veteran actor added that they immersed Rishi’s ashes in Banganga instead. Also Read - Rishi Kapoor-Neetu Kapoor's Wedding Reception Invite Goes Viral After Actor's Demise

Randhir was quoted saying, “The prayer meet was held last evening. Riddhima was also there and so was I. In total, six family members were present. We wanted to get a private jet to go to Haridwar but didn’t get the permission, so we immersed his ashes in Banganga today.” Also Read - Rishi Kapoor's Daughter Riddhima Kapoor Reaches Mumbai With Daughter Samara Two Days After The Funeral

Rishi and Neetu Kapoor‘s daughter Riddhima Kapoor Sahni arrived in Mumbai on Saturday evening after she was denied permission to fly in a private jet to Mumbai to attend her father’s funeral. Riddhima travelled by road with her daughter Samara to be with her mother and brother in these times. 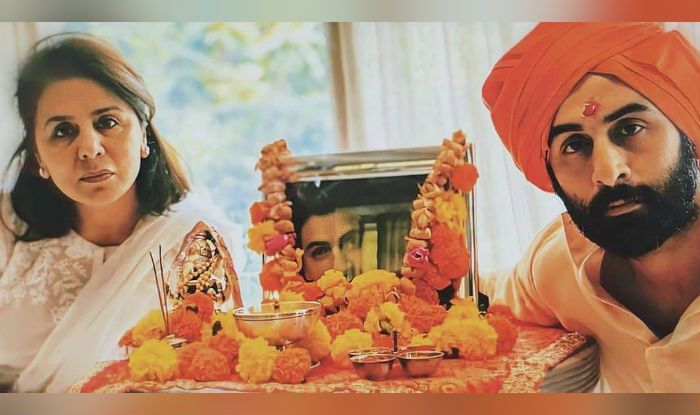 One of the much-loved actors in the industry, Rishi passed away at Sir HN Reliance Foundation Hospital on Thursday, April 30. In an interview recently, Rishi’s friend and actor Rakesh Roshan revealed that the late actor had suffered a cancer relapse in February this year and that’s when his health started deteriorating. Roshan added that he had advised Rishi against visiting Delhi in February to attend a wedding. However, he went ahead and got hospitalised in the capital.

The late actor had been taking treatment for leukemia in New York. In September last year, he had returned to India and announced that he was cancer-free.