Saif Ali Khan on Sajid Khan Sexually Harassing Women on His Film’s Sets: Nothing Happened in Front of me

Saif Ali Khan was recently present at an event when he was asked to comment on the ongoing #MeToo movement that has taken Bollywood by storm. The actor was also asked to express his stance on the sexual harassment allegations against filmmaker Sajid Khan, with whom he has worked in 2014 Hindi film Humshakals. Saif said that he never saw anything objectionable on the sets when he was working with the director. He added that had he seen any woman being harassed or insulted, he would have dealt with the matter then and there itself. He said he could never allow any space to turn unsafe for women in front of him. Also Read - Saif Ali Khan Takes First Jab of COVID-19 Vaccine, Netizens Asks Sarcastically, 'Is He Above 60?'

Saif said, “I don’t remember anything like this happening genuinely because if it would have happened I would not have been comfortable in that environment or allowed it to happen in front of me”. Also Read - Slumdog Millionaire Actor Madhur Mittal Accused of Sexual Assault Charges, Says 'Untrue, Extremely Disturbing'

He added that he doesn’t want to work with men who look down upon women or harass them. He said, “I would hate an atmosphere where women are being looked down upon or mistreated in any way. I don’t think that’s how an atmosphere should be. We all need to have the same attitude. I don’t want to work with them. We have to understand that how these people are behaving, it is not ok, it is disgusting”. Also Read - Kareena Kapoor Khan-Saif Ali Khan Enjoy 'Lovely Evening' With Karisma Kapoor, Malaika Arora And Others

Saif also stressed that even he had faced harassment when he entered the film industry 25 years ago but he won’t talk about it in detail since that would take the focus away from the problem today. He told PTI, “I have also been harassed in my career, not sexually, but I have been harassed 25 years ago and I am still angry about it. Most people don’t understand other people. It is very difficult to understand other people’s pain. I don’t want to talk about it because I am not important today. Even when I think about what happened to me I still get angry. Today, we have to look after women”. 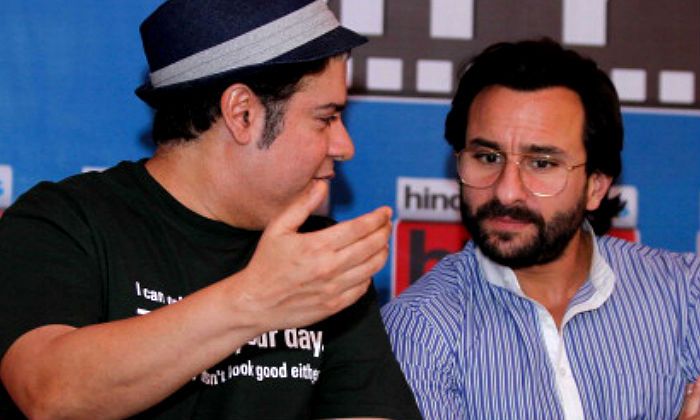 Further, he made it clear that an entire project shouldn’t suffer because of one person on the team. He asserted that people should continue with their work without having people accused of sexual harassment on board. “People are offended and they want justice. What is happening is good and it gives you a sense that something is happening. You are removing someone (from the job) and it is a big deal. You are removing a person, but everybody has worked on a project so you have to balance things. People who have sexually harassed and abused women should pay for it,” said Saif.