Saroj Khan has earlier revealed that she misses being on a film's set as her career today is only limited to teach classical dance to young actresses.

Popular choreographer Saroj Khan recently revealed that she doesn’t have work in Bollywood as no one offers her to choreograph songs in films nowadays. Now, actor Salman Khan has come to her rescue. In the latest report published by a daily, Saroj has revealed that after knowing about her interview, Salman called her to his residence and promised to offer her work. The choreographer said that while she can’t give away the details about the project, she knows that Salman will remain the man of his words. Also Read - Mahima Chaudhry Reveals 'Subhash Ghai Bullied Me, Asked Producers Not to Cast Me'

Talking to Mid-Day, the choreographer of the 90s said, “When we met, Salman asked me what I was doing nowadays. So I told him honestly that I don’t have any work (film offer), and that I am teaching Indian classical dance to young actresses. Upon hearing that, he said, ‘Now, you will work with me.’ I know he is a man of his word, so he will keep his promise.” Also Read - Kick 2: Salman Khan, Jacqueline Fernandez Starrer's Script Locked By Sajid Nadiadwala

Saroj is known for choreographing Sridevi and Madhuri Dixit in most of their iconic dance numbers. More lovingly known as Master ji, she recently revealed in an interview with Mumbai Mirror that she misses working on film sets. She added that she has never asked anyone for work ever in her life. She was quoted saying, “I have never gone to anyone’s office asking for work. I can only hope that my work speaks for me. I miss being on the set and would love to choreograph more often.” Also Read - Bigg Boss 14 Promo Out: Salman Khan Reveals New Logo of The Show | Watch Here 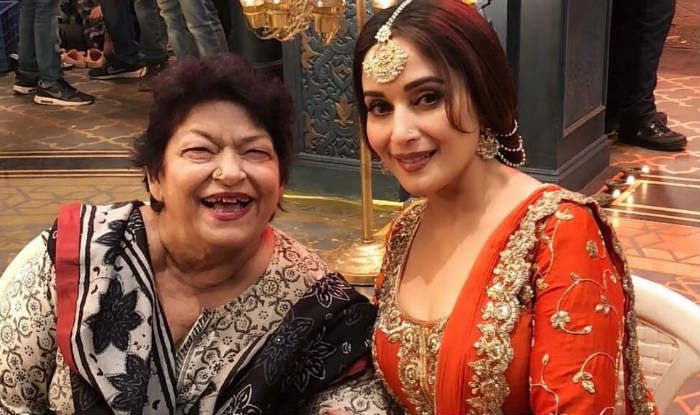 The three-time National Award winning dancer also shared her experience of choreographing Madhuri after many years. She explained, “Four years after Gulaab Gang, I’ve choreographed another song for Madhuri. all through the film she makes others dance and never dances herself, then, in the climax, when Varun’s Zafar enters the kotha, she breaks into a mujra. Tabahi is a sad, situational song with fast-paced beats. Madhuri and I danced our hearts out and I’m hopeful that after seeing it, people will remember Saroj Khan again. After just reading about it, Kangana Ranaut with whom I had worked in Tanu Weds Manu earlier, called me to do a song, Rajaji, in Manikarnika: The Queen Of Jhansi.”