Mumbai Police has arrested a man for making threat calls to Salman Khan‘s father, Salim Khan. Shahrukh Nabi, popularly known as Sheru, has been arrested from Prayagraj, Uttar Pradesh after a complaint was filed by Salman’s PA at the Bandra Police Station. As per the latest media reports, Sheru has been threatening Salman’s employee asking him to share the actor’s number. Also Read - Salman Khan's Nephew Ahil Celebrates 4th Birthday in Panvel, See Photos

As reported by Mumbai Mirror, Sheru has got criminal records to his name and he wanted to work with Salman. The man has been making threat calls to Salman’s staff to help him get in contact with the superstar. He even went on to threaten veteran writer Salim Khan and that’s when the police complaint was lodged against him. He has been booked under Indian Penal Code sections 504 and 506. The report in the daily mentioned, “On Thursday, last week, an FIR was registered against Sheru on the complaint of Salman Khan’s PA, after which the police began to analyse the technical data of the calls and located Sheru to Prayagraj in Uttar Pradesh”. It also added that Shahrukh has earlier had criminal records like attempt to murder and Arms Act in UP. Also Read - Entertainment News Today, March 30: Salman Khan Puts Money Directly Into Bank Accounts of 25,000 Wage Workers as Industry Fights Coronavirus Together 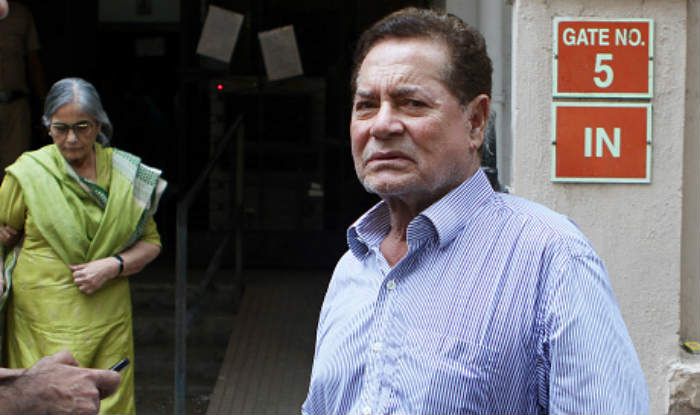 Salman, on the other hand, is busy shooting for his upcoming film, Bharat. After wrapping the Malta and Dubai schedule of the film, the team is currently shooting in Punjab. In fact, a still from the film featuring Salman and Katrina standing at the Wagah Border was revealed recently. The film is going to be the big Eid release next year. Also starring Disha Patani, Jackie Shroff and Sunil Grover in important roles, Bharat is being directed by Ali Abbas Zafar. It’s an official remake of popular Korean film, titled Ode to My Father, and is slated to hit the screens on June 5, 2019.