The IIFA Awards 2019 not only witnessed some out-of-the-box looks but extraordinary moments and exceptional performances especially by superstar Salman Khan who seemed to grab all limelight by his excited gigs with Madhuri Dixit, Alia Bhatt, Rajkumar Hirani and the host-actors Khurrana brothers aka Ayushmann Khurrana and Aparshakti Khurana. As an additional treat, Salman treated fans with Shah Rukh Khan’s signature pose and we’d not be surprised if told that the roof blew off with all the cheering that followed. Also Read - IIFA Awards 2019: Best Actress Alia Bhatt And Best Actor Ranveer Singh Lead Winners' List of Glitzy Night

Taking to his Instagram handle, Salman shared a plethora of pictures and boomerangs to give fans an intimate insight into the star-studded night, as seen from his perspective. While the picture with his Hum Aapke Hain Kaun co-star, Madhuri Dixit, set fans heart-eyed immediately, the boomerangs where he set smoke to the stage with his groovy steps, set everyone swooning. Another picture shows Salman, Ayushmann and Aparshakti trying to recreate the open-arms pose, typical of King Khan and the frame has been breaking the Internet so far. Also Read - Ranveer Singh's 'Kabootar' Look And Best Actor Award at IIFA Will Brush Aside Your Thursday Blues! 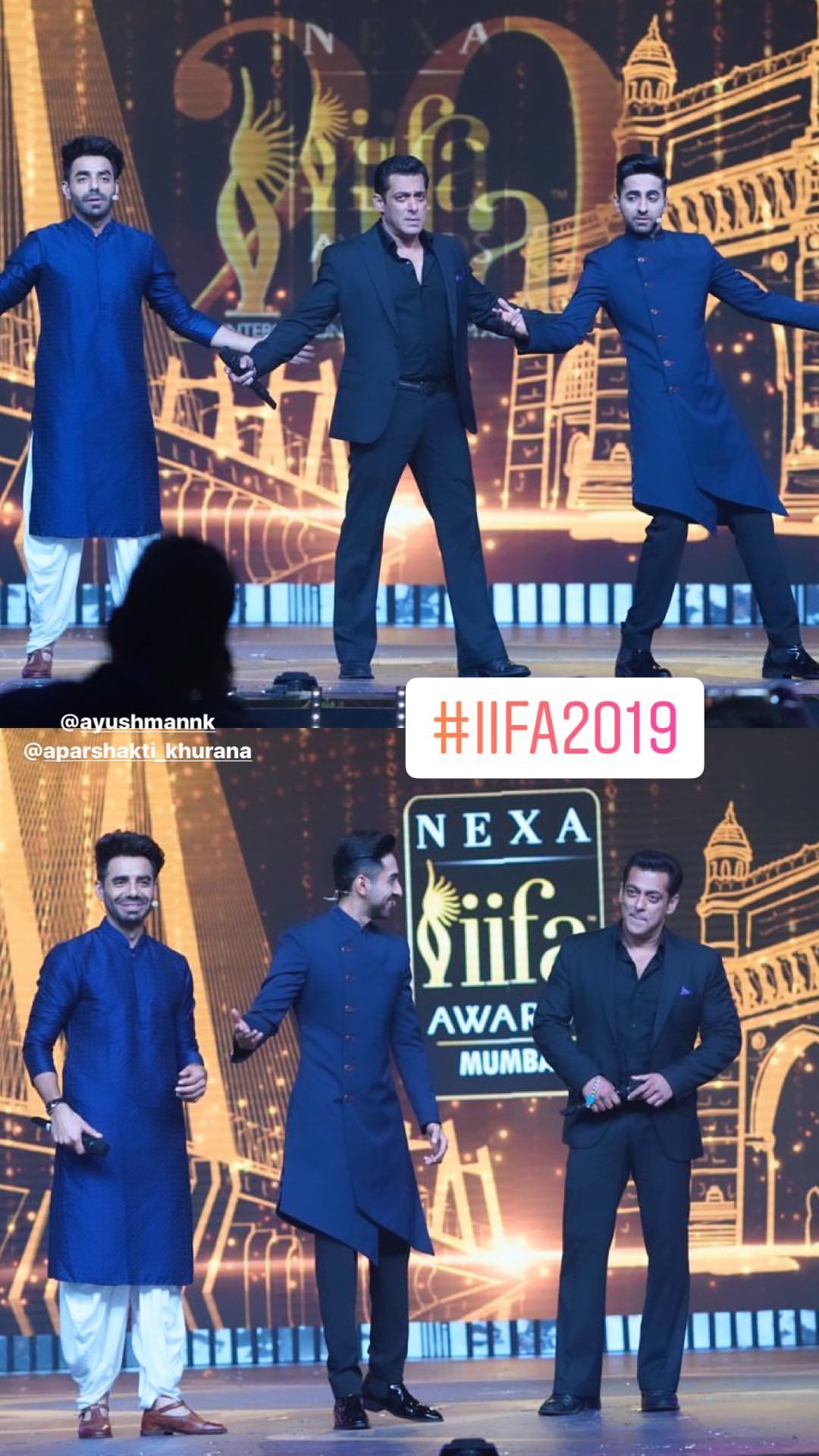 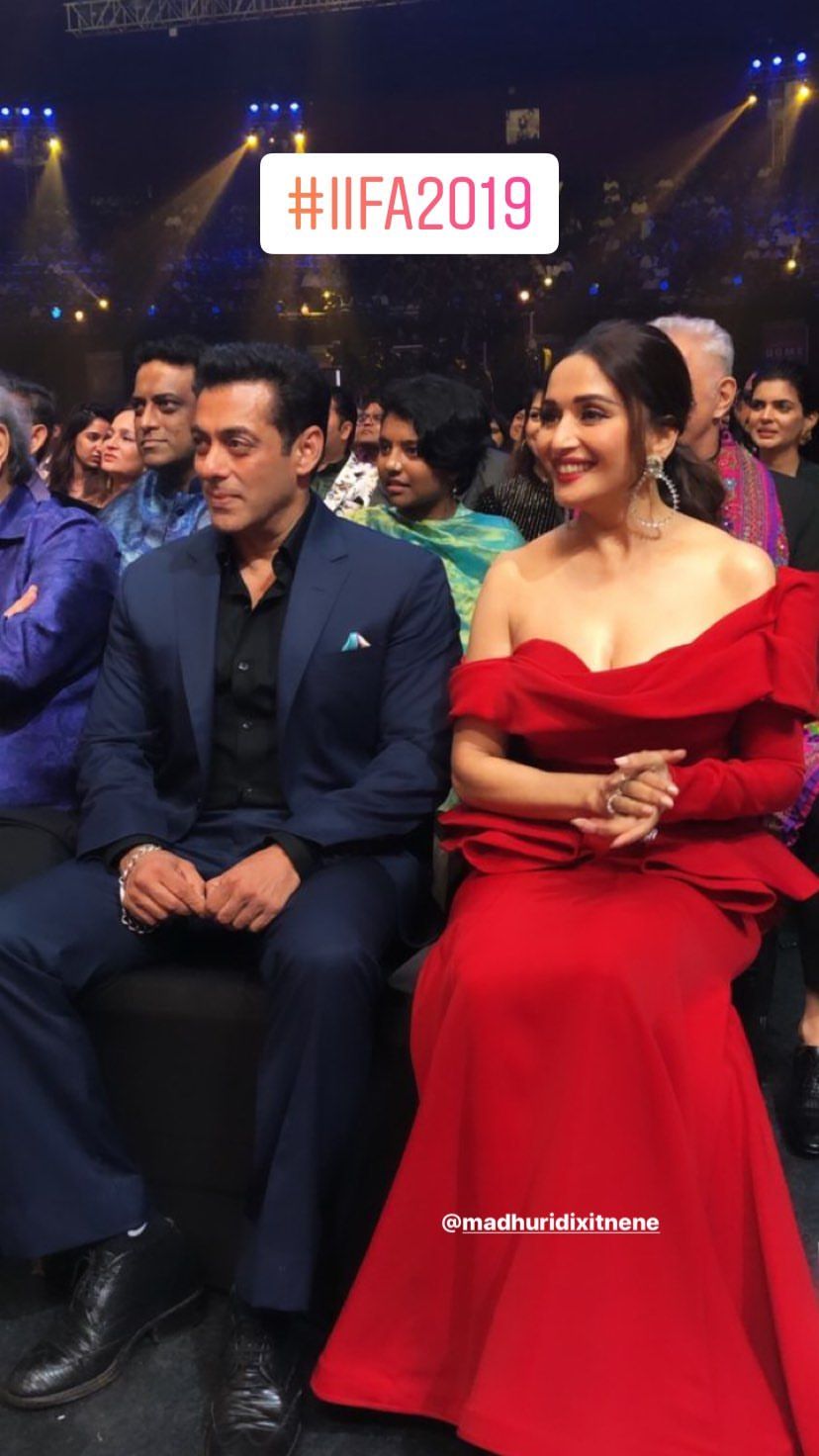 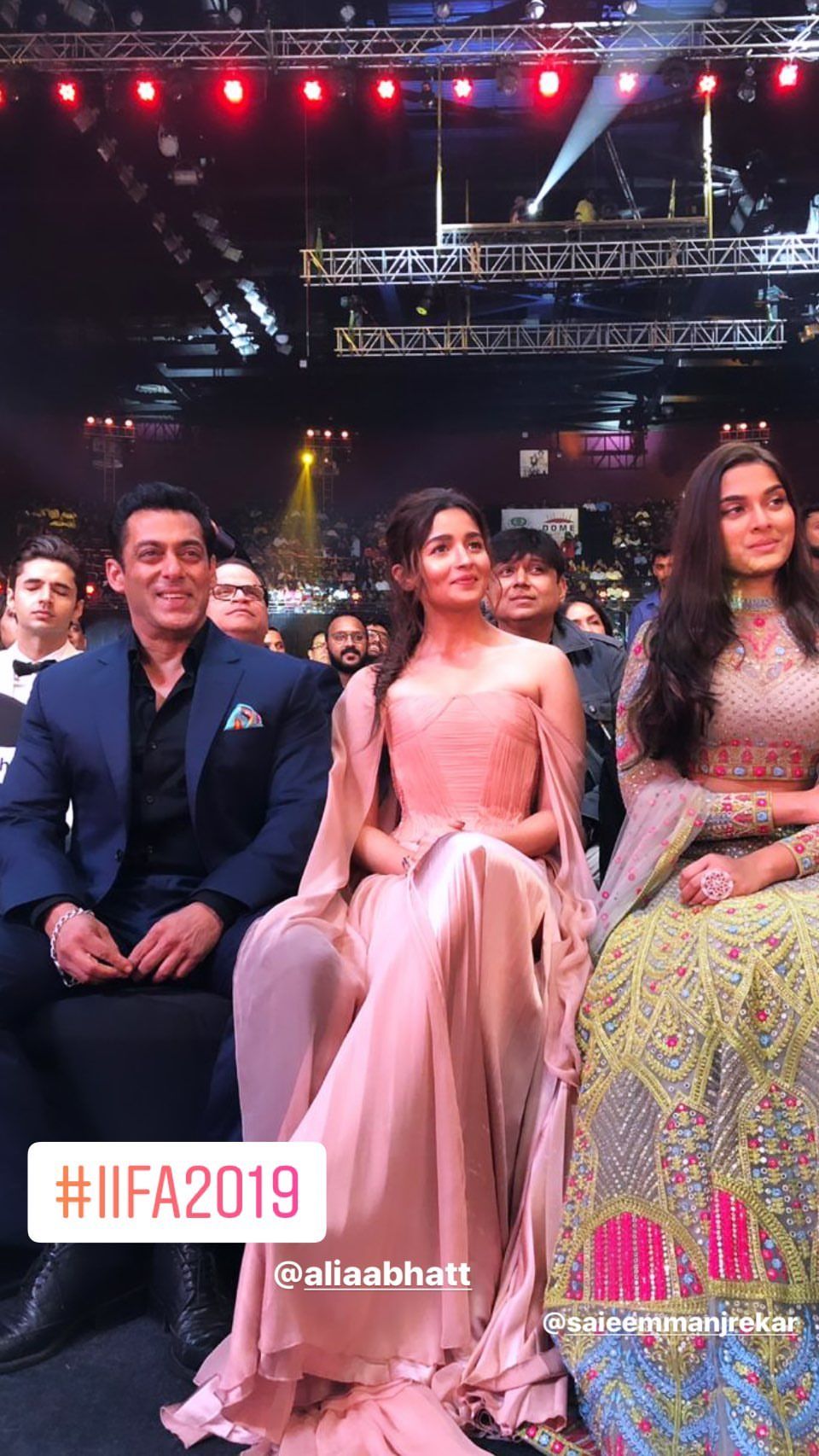 One of Bollywood’s biggest award shows, the International Indian Film Academy Awards or the IIFA Awards as they are popularly known, held their 20th edition on Wednesday night and Mumbai was lit all night as Deepika Padukone, Ranveer Singh, Alia Bhatt, Salman Khan, Madhuri Dixit, Sara Ali Khan, Aditi Rao Hydari, Radhika Apte, Vicky Kaushal, Ayushmann Khurrana and other celebrities turned up in their glamorous best to add stars to the glitzy night. Not just the celebrities but the fans waited on the edge too as nominations after nominations streamed for various highlighted categories.

While Alia Bhatt won the Best actress, Ranveer Singh won the Best Actor award and AndhaDhun was awarded the best film. Apart from awarding the current batch of films and performances by the actors last year, the IIFA Awards 2019 also saw accolades and special awards being handed down to various films and performances of the past for having stood out for so long. While Deepika was hailed for Chennai Express, Ranbir Kapoor was singled out for Barfi, Rajkumar Hirani for 3 Idiots, Pritam for Ae Dil Hai Mushkil and even the 2000 release, Kaho Na Pyaar Hai, won a special award in the Best Film in the last 20-year category.