Sanjay Dutt opened up on the #MeToo allegations against Munna Bhai director Rajkumar Hirani and said that he does not believe in it.

Sanjay Dutt who is gearing up for the release of his next film, Kalank, recently opened up on the #MeToo allegations against Munna Bhai director Rajkumar Hirani. The actor said that he does not believe in those allegations and that ‘it does not make any sense’.Also Read - Subhash Ghai Breaks Silence on Sanjay Dutt's Arrest in 1993 Mumbai Serial Blast Case: He Was Innocent, Trapped

In a recent interview with Rajeev Masand, Sanjay was asked about the update on Munna Bhai 3 to which he said, “I don’t have any idea, what’s happening with Munna Bhai. Last, when I met Raju, he said, ‘110 per cent it’s happening’ and Vinod ji also said that. But, I think they’ll make it when they’ll feel the time is right and when they’ll have a script ready”. Also Read - Sanjay Dutt Is Back As Adheera For KGF 2, Completes Dubbing Of Yash Starrer 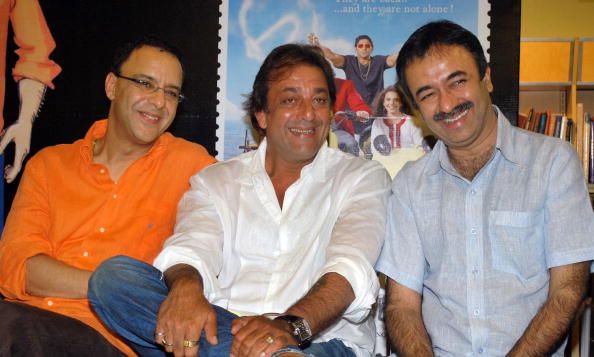 He then went on to talk about the allegations against Hirani and said, “I don’t believe in those allegations. I have worked with him in so many films, it’s been so many years and I don’t know why that lady is putting these allegations. It does not make sense to any one of us. If you have some allegations, file an FIR, do something. But Raju Hirani and those kind of allegations, I don’t think so.” In the same interview, Sanjay was questioned about the Munna Bhai third part. Sanjay mentioned that the last time he met Vidhu Vinod Chopra and Raju Hirani, they were certain that the sequel will be made. But, he doesn’t know what happened. He even added, “I think they’ll make it when they feel the time is right”. Also Read - European Union Wants 'Verifiable Proof' of Tennis Player Peng Shuai's Safety | Tennis News

Rajkumar was accused of sexual misconduct by one of his assistants who worked with him in Sanju. Rajkumar denied all allegations and his lawyer called the allegations “false, mischievous, scandalous, motivated and defamatory”.

On the professional front, Sanjay will soon be seen in the period drama Kalank which also stars Madhuri Dixit Nene, Alia Bhatt, Sonakshi Sinha, Varun Dhawan and Aditya Roy Kapur. The film is slated to release on April 17.