Actresses Sara Ali Khan and Ananya Pandey were spotted in Mumbai taking an auto-rickshaw ride last evening. The two young stars were clicked in an auto on the roads of the city. While the paparazzi clicked Ananya in all her jovial mood, Sara’s face couldn’t be seen. Both the girls kept their look stylish and casual for the outing. Check out these photos: Also Read - There is no Polite Way to Say This - Sara Ali Khan Discredited #BlackLivesMatter in Uncool Cringeworthy Way 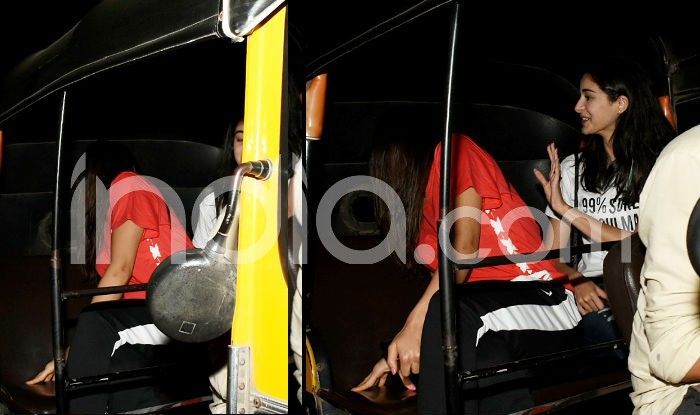 While Sara is already two films old, Ananya is gearing up for her debut in Student of The Year 2. The film also features Tiger Shroff and Tara Sutaria in the leads. The three ‘students’ recently appeared on popular chat show Koffee With Karan 6. All of them talked about their fun bonding and how it was like shooting for the film. Ananya, who’s the daughter of actor Chunky Pandey and Bhavna Pandey, even went on to say that she hasn’t done anything to be on the show as her first film isn’t out yet. She was asked to comment on nepotism and Ananya didn’t shy away from saying that she is a product of nepotism but she can’t do anything about it except being grateful for having a star parent. Also Read - Sara Ali Khan Says 'All Lives Matter' Instead of 'Black Lives Matter' And Twitter Tells Exactly What's Wrong With Her Post 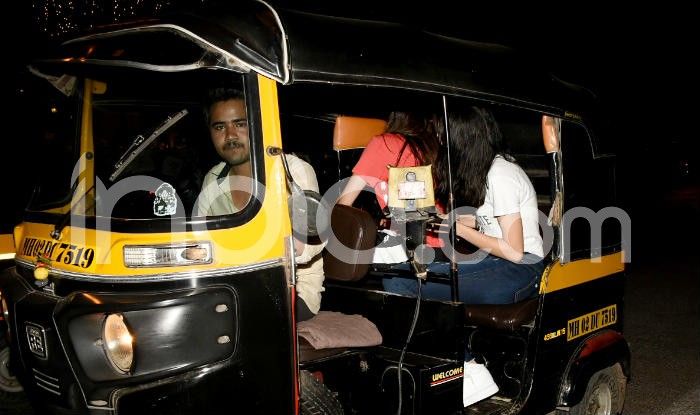 Earlier, when Sara was gearing up for her debut with Kedarnath opposite Sushant Singh Rajput, she was also asked to share her views on probably the most discussed term in the industry. Sara, too, said that she can’t run away from the fact that her parents’ presence in the industry helped her start her journey in the movie business. However, she asserted that she can’t change her parents and all she can do is put more efforts into proving her place in the film industry through her craft. Also Read - Summer Fashion: Sara Ali Khan's Wardrobe Has Everything That You Need to Beat The Heat

While their fans keep pitting these young actresses against each other on social media, it doesn’t seem like there’s any rivalry between them. Sara has also been spotted sharing a friendly bond with Janhvi Kapoor in the past.