Sara Ali Khan is Having a Blast With Ranveer Singh And Rohit Shetty on The Sets of Simmba in Switzerland; See Pictures

Sara Ali Khan is enjoying shooting for her film Simmba in Switzerland with Ranveer Singh, Rohit Shetty and the entire team

Ranveer Singh along with his Simmba co-star Sara Ali Khan are currently in Switzerland shooting for their film and are having a great time. Also Read - Rhea Chakraborty in Bigg Boss: TV Actor Says Her Entry in House Can Clear Confusion About SSR

Sara gave a sneak-peak of what is going on, on the sets of the film. She took pictures of herself along with Ranveer and Rohit to her Instagram and captioned it, “Sweet Swiss Shenanigans ‍♀️ #simmba #hairchecks #bliss#whataday #fullfeels”. Also Read - Cirkus: Ranveer Singh Gets His First Double Role in Rohit Shetty's Film, Jacqueline Fernandez And Pooja Hegde Join in 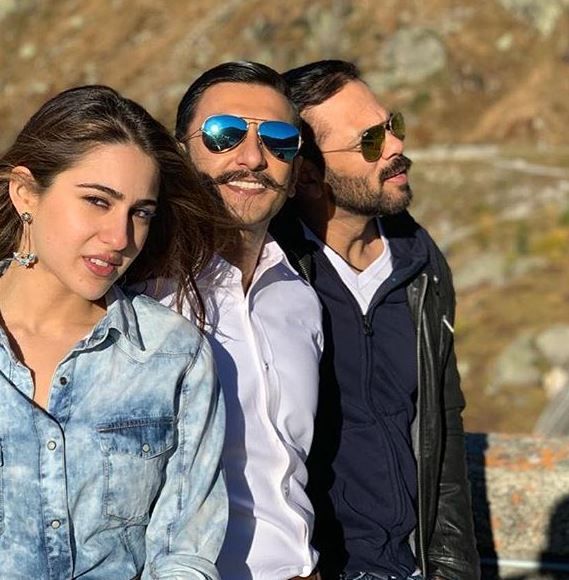 Also Read - Manoj Bajpayee Speaks on Sushant Singh Rajput, His Brilliance, And How 'Things Got Messed up' 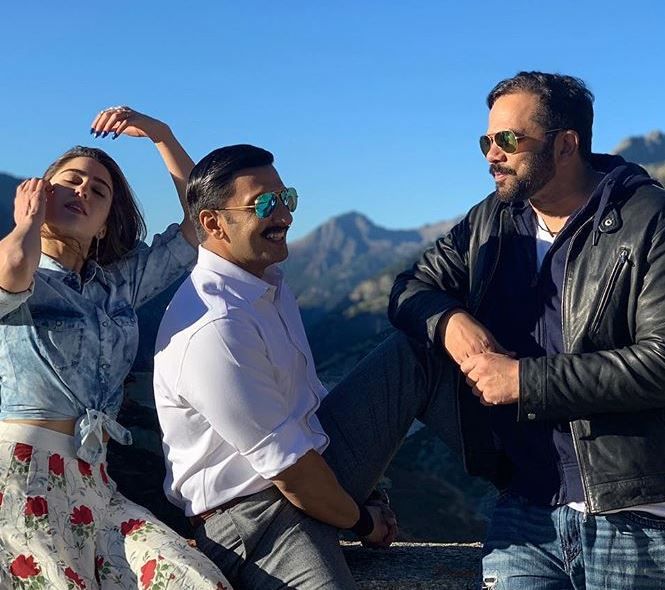 In the pictures, Sara donned a denim knot-shirt with a white floral print, high-waisted skirt, while Ranveer donned a white shirt with grey pants and blue aviator sunglasses.

The film has mostly been shot in Mumbai and Hyderabad and bits and parts of it is being shot in Switzerland.

Sara will also be making her appearance on the talk show Koffee with Karan Season 6 along with her father Saif Ali Khan. The two were the first celebrities to shoot for the season but the first guest on the show will be Deepika Padukone and Alia Bhatt.

On the professional front, Simmba is Sara’s debut Bollywood film. She will also be seen in Kedarnath with Sushant Singh Rajput.

Simmba is an out and out masala entertainer and is inspired from Jr NTR’s hit Telugu film, Temper, which released in 2015. It features Ranveer in the titular character, playing a cop. At an event recently, Rohit talked about the film and called it his biggest film ever. He said, “Though the movie is based on Temper, there are merely a few plot points which are similar. It’s an entirely new story. It is my best-written film till this date”.

Produced by Karan Johar, the flick will hit the big screens on December 28 this year.

Rohit is known for showing his hero beating baddies, breaking some bones, flaunting his chiselled body and doing some extraordinary stunts in his films. He is also known for blasting expensive cars in his films. Let’s wait and watch how much of this is there in Simmba!