Shahid Kapoor Speaks On Having A Second Baby With Mira Rajput, His Lavish New Home, And More

Shahid Kapoor and Mira Rajput are going to have their second baby in September, around the release time of Batti Gul Meter Chalu

Shahid Kapoor and Mira Kapoor are all set to welcome their second child next month (September). The actor has been working hard lately to ensure he meets the release deadline for his next, Batti Gul Meter Chalu, and is also able to spend sometime with his wife at home. The couple even threw an intimate baby shower a few days back. Also Read - Diwali 2020: Mira Rajput Shows How To Get Diwali Glow, In A Quick and Fuss Free Video

Shahid has also bought a new plush home in Mumbai for a whopping amount of Rs 56 crore. Talking about the same with The Hindustan Times, the actor mentioned how he wanted a bigger living space since his family is expanding now. Also Read - De Dhana Dhan! Shahid Kapoor Preps For Jersey in Cricket Field, See His New Look

Shahid said, “It’s true that I have looked at a new house and most probably, I will shift in by the end of next year. I need a bigger house now as my current place has just two bedrooms and very soon, Mira and I will have two kids, so I need to move into a bigger house.” Also Read - Amrita Rao Breaks Silence on Rumours of Dating Shahid Kapoor 14 Years After Vivah 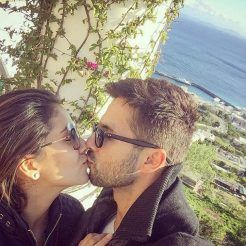 The actor also believes that hard work only means something when one has a family to come back to. He calls himself fortunate that he’s having a second baby so soon and they are turning into a big happy family now. He said, “Having a child is the most amazing feeling. And we are fortunate that we are having a second one so soon, so I feel happy and blessed about that. Family is always a big reason to work even harder. When you come back home to your family after work, it’s a great feeling.” Shahid also said that he is ‘nervous’ since Mira is due with the second baby around the same time when Batti Gul Meter Chalu is releasing. However, he hopes he will be able to manage everything well.

Best wishes to the couple!