Actor Shahid Kapoor and his wife Mira Rajpur are one of the most adorable couples of the industry. From walking hand-in-hand to their adorable PDAs, they never fail to give relationship goals to their fans. In the latest picture, both the stars can be seen beaming with happiness as they pose for a wonderful picture. There is no denying that the fact that Shahid is head over heels in love with his wife.
Despite being busy, the actor always manages to take out time for his family. He became the proud father of a boy whom he named Zain Kapoor in September. The couple also has a daughter Misha Kapoor. Also Read - Diwali 2020: Mira Rajput Shows How To Get Diwali Glow, In A Quick and Fuss Free Video

Check out their picture: 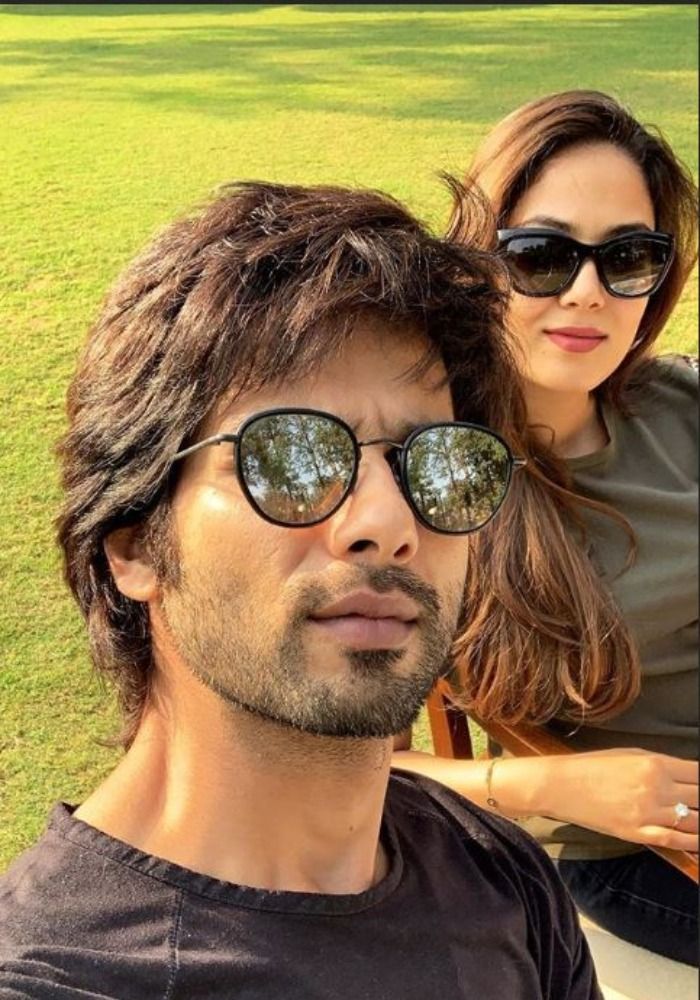 A couple of days back, Mira’s cute video was doing the rounds on social media in which she was seen grooving to the tunes of Aaj Kal Tere Mere Pyaar Ke Charche Hai Zabaan Par with her father. It was from her dad’s birthday party in Delhi. Shahid gave it a miss as he was occupied with the work of his upcoming film, Kabir Singh. Also Read - De Dhana Dhan! Shahid Kapoor Preps For Jersey in Cricket Field, See His New Look

Mira and Shahid had an arranged marriage. They took wedding vows in 2015. Since then, they continue to make people fall in love with their chemistry. Also Read - Amrita Rao Breaks Silence on Rumours of Dating Shahid Kapoor 14 Years After Vivah

On the professional front, the actor was last seen in Batti Gul Meter Chalu with Shraddha Kapoor and Yami Gautam. The film couldn’t perform well at the box office. He has donned a different avatar for Kabir Singh. It is the remake of Telugu film, Arjun Redyy that featured Vijay Deverakonda. Shahid is also set to grace Karan Johar’s celebrity talk show, Koffee With Karan. He will be sharing the couch with his brother Ishaan Khatter. The latter made his acting debut with Beyond The Clouds and was also seen in Dhadak.