Mira Rajput Kapoor was recently clicked at the Mumbai airport with her kids Misha Kapoor and baby Zain Kapoor. Shahid Kapoor‘s wife looked radiant as she walked out of the airport wearing a basic black top with a pair of blue denim. The mother of two has started making appearances after giving birth to a baby boy in September this year. She even got a new haircut recently and posed for the shutterbugs while coming out of a saloon a few days back. Also Read - Can You Guess the Price of Mira Rajput’s Boho Style Vintage Kutchi Embroidered Top?

In her latest pictures, Mira can be seen holding Misha’s finger as the latter poses adorably for the cameras. Misha is seen dressed up perfectly for winters as she wears a blush pink woolen poncho top above a white t-shirt. Check out Mira’s airport photos here: Also Read - Shahid Kapoor to Make His OTT Debut With Action-Thriller Film Based on Operation Cactus 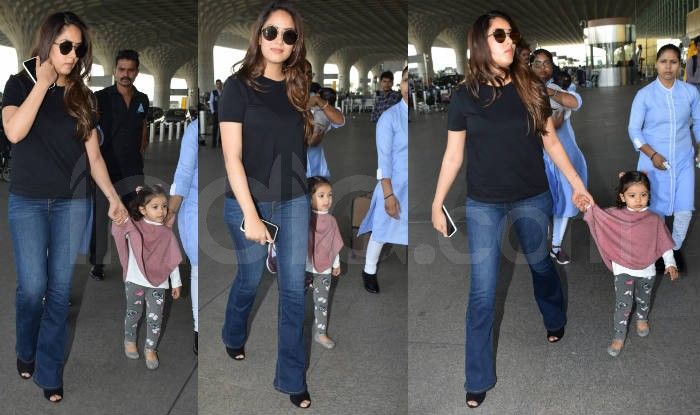 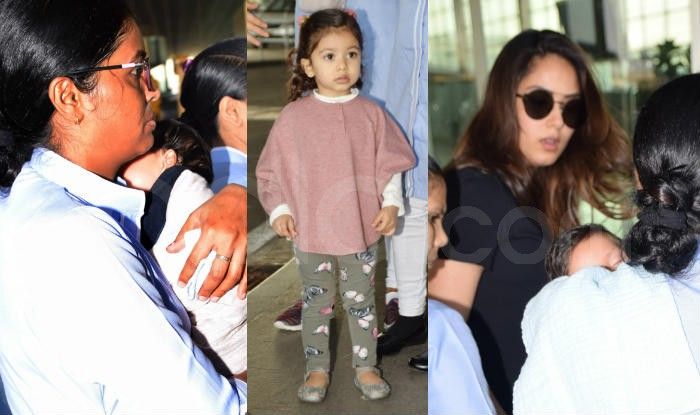 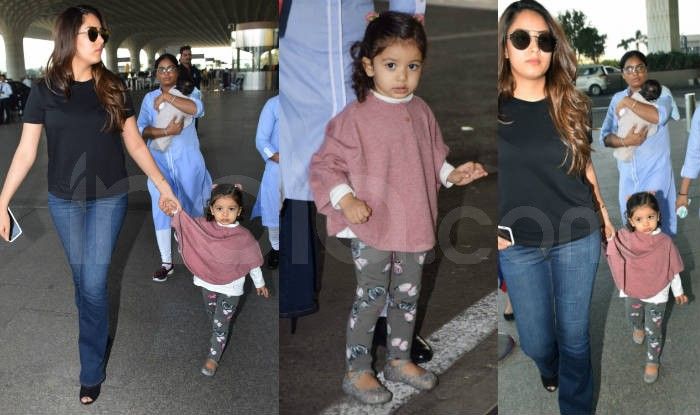 Earlier, a picture of baby Misha went viral on the social media in which she was seen practicing Kathak dressed up in a cute suit with a tiny bindi adorning her forehead. Misha’s grandmother, actress Neelima Azeem, is a great Kathak dancer and she has taken it to herself to train little Misha too. Check out the lovely picture here:

Both Shahid and Mira are doting parents to their kids. The two even celebrated Zain’s first Diwali and posted many beautiful pictures on Instagram. In one picture posted by Mira, the two were seen sharing a kiss as they wished their fans a happy Diwali. Here:

The two definitely make for one of the most stunning-looking couples in the film industry. Earlier, soon after her son Zain’s birth, Shahid expressed how he’s happy his family is now complete. He even stated that he now feels his life has a meaning when he goes back to a loving family after working hard through the day. He also mentioned that a life without a family is meaningless and one should always look forward to collecting happy moments with one’s family.