Shraddha Kapoor’s Instagram Feed is Replaced by a Cryptic Warning; Here is The Reason Why

Shraddha Kapoor’s Instagram account is all cleared out and now you cannot find any of her pictures there. The actress’ Instagram page only displays three pictures which come with the caption ‘Mard Ko Dard Hoga’. This has left fans wondering whether this is just the promotion of her upcoming horror-comedy film Stree or is she really going off the social media? Well, we will know about it once she opens about the real reason why she deleted all her pictures from her Instagram. Also Read - Kangana Ranaut Feels She Will Not Last More Than a Week After Instagram Deletes Her Post Threatening To Demolish Covid-19

As per reports, this is a new idea of promoting the film and so far it has been successful as it has grabbed many eyeballs. Rumours also suggest that once the film is released, the actress will be back again on the photo-sharing app. But till then, we will just miss seeing her pictures on social media. Also Read - Rashami Desai Shows Sizzling Dance Moves in The Hottest Video on Instagram Today - WATCH

Earlier, the first look of Stree was out and Kapoor’s uncanny resemblance to the nun from Hollywood movie-series The Conjuring became the talk of the town. The film will also feature Rajkummar Rao and he will be seen essaying the role of a tailor. Also Read - Khatron Ke Khiladi 11: Divyanka Tripathi-Vivek Dahiya Share Mushy Posts on Living Apart

Kapoor spoke about the film and said in a statement, “It’s the first time that I am doing a horror comedy. It was a lot of fun and Rajukummar Rao is such a fantastic actor. To work with him was a dream come true. I got so much to learn from him.” 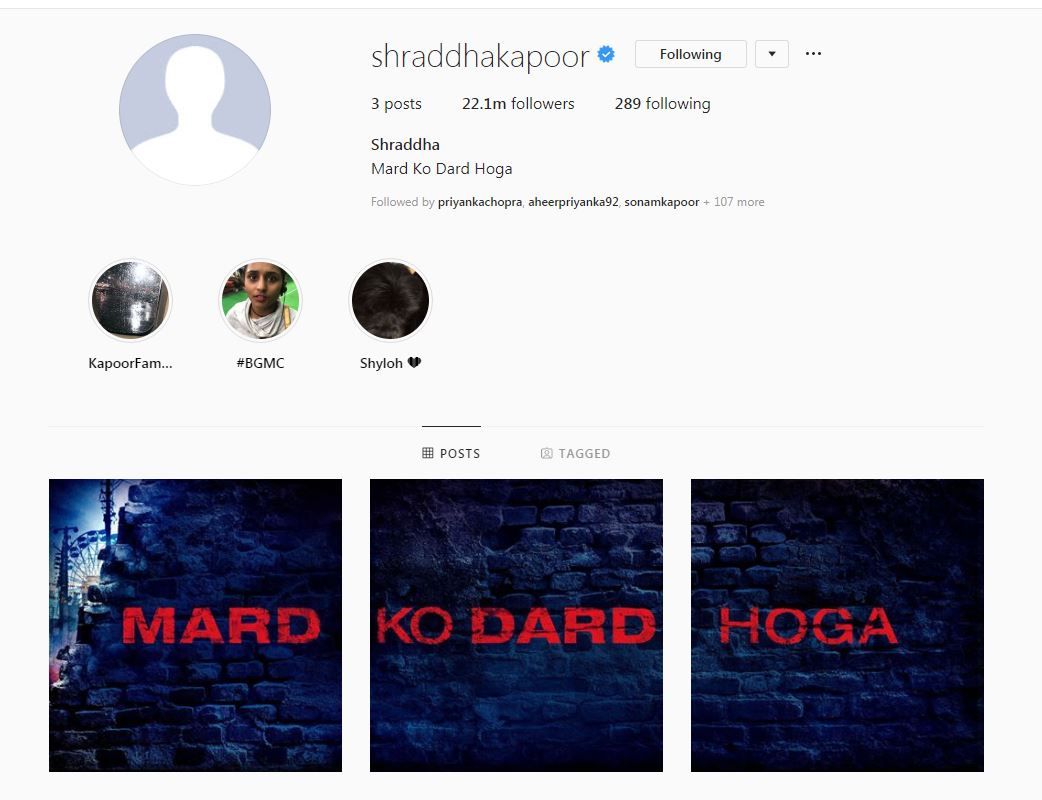 Check out the teaser here:

The film is will feature Pankaj Tripathi, Aparshakti Khurana and Abhishek Banerjee in pivotal roles and is slated to hit theatres on August 31. The backdrop of the film is set in a small town called Chanderi.