Dabangg 3: Sonakshi Sinha's 'Rajjo loves you too' is all fans needed to lose their calm as they drench her and Salman Khan in 'massive craze' as next shooting schedule commences in Phaltan, Maharashtra

Taking a short breather right after the promotions of her upcoming movie Khandaani Shafakhana and his recent release Bharat, actors Sonakshi Sinha and Salman Khan are now in Phaltan, Maharashtra for the next shooting leg of Dabangg 3. Seen in their character attires straight after they landed, the lead pair was mobbed by fans who lost all calm on spotting their favourites from rooftops, car bonnets and lamp posts alike. Also Read - Maharashtra Records 5439 COVID-19 Cases in 24 Hours, State Says no Plan to Impose Lockdown

While one fan gave a sneak-peek into the “massive craze” of the fans, that washed down over Salman, Sonakshi herself shared the roaring welcome she got as soon as the fans spotted her walking out, dressed as her character, Rajjo. On her Instagram handle, Sonakshi even shared the picture of a clapper with “Dabangg 3” written on it to mark the beginning of the shoot. Also Read - Republic TV Editor-in-Chief Arnab Goswami’s Plea Against Privilege Notice Adjourned for Two weeks by SC 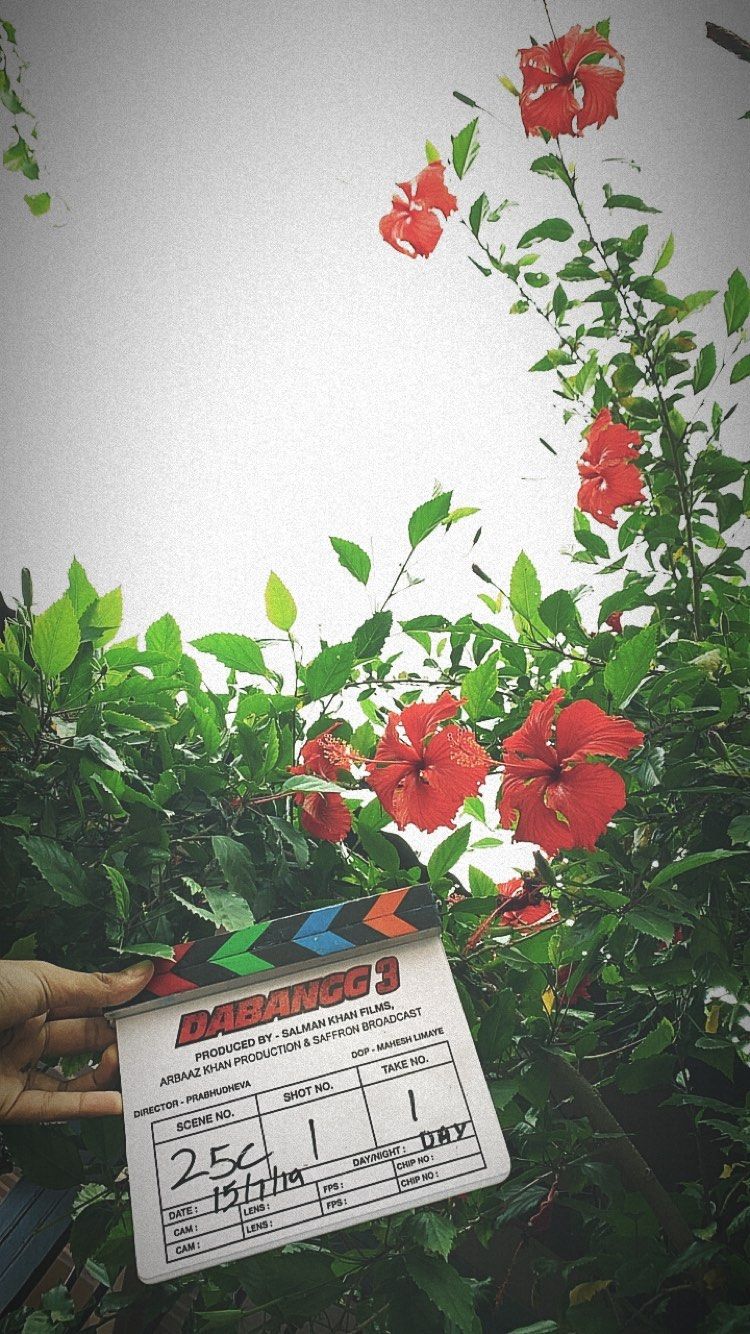 This is the third part of the popular cop franchise. The movie again stars Sonakshi Sinha who debuted in the Hindi film industry from the first Dabangg film that was released in the year 2010. She played the character of a poor girl who is independent and strong headed. However, she gets married to Chulbul Pandey after her father’s death and the police officer’s humble proposal for marriage. She then returned in the second part taking her role ahead and becoming the mother of Chulbul Pandey’s first child. Now, it will be interesting to see how the story moves ahead with Rajjo in the center.

As per the latest reports, Salman will be launching his niece, Alizeh Agnihotri, in Dabangg 3. Alizeh, daughter of Salman’s sister and filmmaker Atul Agnihotri will reportedly be making her debut with the film. Salman is yet to confirm the same. The team of Dabangg 3 recently wrapped up the film’s Maheshwar schedule.

The Prabhu Deva directorial is all set to hit cinema screens this year on December 20.