Sonam Kapoor-Anand Ahuja’s Love Story: When he Tried to Set Her up With His Friend But Ended up Falling in Love Himself

Sonam Kapoor and Anand Ahuja are celebrating their second wedding anniversary on Friday. Here's a flashback of their beautiful love story - how they met and how the love bloomed making 'everyday phenomenal.'

It was not a love at first sight for Sonam Kapoor and Anand Ahuja. In fact, when they first met, Anand was actually trying to set-up the girl with one of his good friends. Sonam herself revealed the entire incident of how she met Anand and what led to the bonding that ultimately made ‘everyday phenomenal.’ On Sonam and Anand’s second wedding anniversary, here’s the cutest part of their love story – the time when the cupid struck the two and it turned out to be a love story from Bollywood films. Also Read - Sonam Kapoor Gives Fans a Glimpse of Her Different Moods in Quarantine With Sexy Throwback Pics

In an interview with Filmfare, Sonam revealed that it was at the bar of the Taj hotel that she first met Anand because her friends wanted her to date a man who was Anand’s close friend. The actor said her then-future husband kept talking to him to convince her that his friend was just perfect for her. However, Sonam, upon meeting the friend, realised that even though he was all good-looking and smart, he reminded her of her brother Harshvardhan Kapoor. The actor had said, “I saw Anand and his friend. His friend was tall like me, liked reading like me and was a huge fan of Hindi movies. He was an educated and nice guy. But he reminded me too much of my brother Harsh (Kapoor). I was like, ‘Dude, he’s Harsh. I’m not going to date this guy’.” Also Read - Varun Dhawan Gets The Funniest And Loveliest Wishes From Arjun Kapoor, Sonam Kapoor on 33rd Birthday 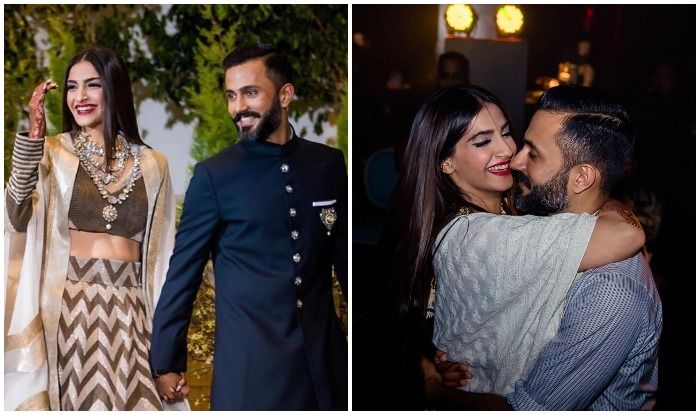 Later, Sonam once received a message from Anand in which he mentioned that his friend would be in Paris at some time and she should meet him if she’s also there then. This irked Sonam who thought why would a man who wants to date her let his friend talk to her and send an invite through a third person. The diva told this to Anand. She first asked him to not text her at 2 am and then said, “I messaged him saying that first, you shouldn’t be messaging me so late in the night. I’m like a school teacher in matters like these. Don’t mess with me so late at night. And if the friend is interested then he should message me himself. Why are you messaging me?” Also Read - Sonam Kapoor Ahuja Paints Fans Quarantine Blues Lavender With Stunning Throwback Picture, Turns Chef Alongside Anand Ahuja

This conversation acted as the biggest matchmaker and the two started to talk more. Sonam revealed that she had more meetings with Anand and they bonded really well, thinking how big a blunder would it had been if Sonam was actually dating Anand’s friend after the Taj meeting. The actor said that two weeks later she asked Anand if he would still want her to talk to his friend and he said, “No, No! Not at all. Talk to me. I’m keeping you for myself.” 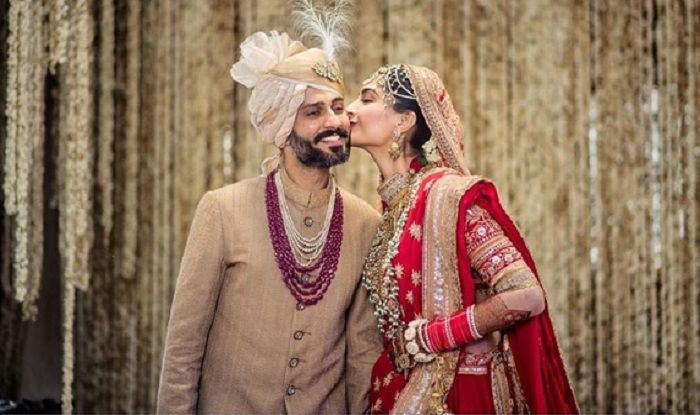 Sonam and Anand’s love story make you believe in the saying that those who are meant to be together, end up being together. The two years with this gorgeous couple is like a big mainstream glamorous Hindi film where the hero and the heroine keep telling you that ‘someone somewhere is made for you’. Happy wedding anniversary to Sonam and Anand!