Here's what Sonam Kapoor has to say about sister Rhea Kapoor's marriage plans.

Actor Sonam Kapoor has revealed details of her sister’s relationship with rumoured boyfriend Karan Boolani. The actor has finally agreed that her sister Rhea Kapoor is indeed dating Karan for a while, however, they aren’t getting married anytime soon. Sonam was promoting her latest film Ek Ladki Ko Dekha Toh Aisa Laga in an interview with an entertainment portal when she talked about her sister’s marriage plans. She said that Karan and Rhea have been in a relationship for the last seven years. Also Read - Sonam Kapoor On Sexism In Bollywood, 'Each One Of Us Needs To Make Better Choices, Or We Will Be Subjected To A Witch-Hunt'

Sonam told Zoom, “Oh, no. When she does get married I’ll be very happy to tell you. They’ve (Rhea and Karan) been dating for 10 years, they’ve not gotten married yet. When the happy news is there, it’ll all be announced. But, no, they are not getting married this year.” Also Read - Sonam Kapoor Steps into the Shoes of ‘Marilyn Monroe’ and Looks Oh-So-Pretty, See PICS

The speculations were rife that Rhea and Karan have decided to take the plunge this year. Earlier, Karan’s comment on Rhea’s video on Instagram raised eyebrows. It so happened that Rhea had posted a video of herself dancing to the tunes of ‘Tareefan‘ and Karan wrote ‘my girl’ in the comments. In another picture posted by the filmmaker, Karan could evidently be seen as part of the Kapoor family. The picture had Anil Kapoor, Sunita Kapoor, Sonam Kapoor, Anand Ahuja, Rhea Kapoor, and Karan Boolani posing in style during their Thailand holiday. Also Read - Veere Di Wedding 2: Sonam Kapoor, Kareena Kapoor Khan, Swara Bhaskar, Shikha Talsania Give Their Nod, To Begin Shoot Post Bebo’s Delivery 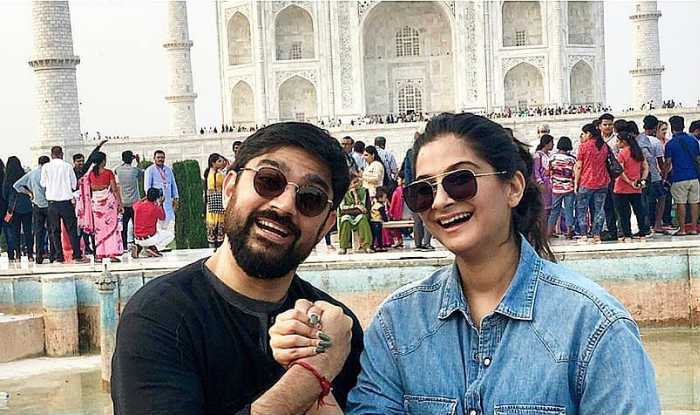 On the work front, Rhea has just produced Sonam, Kareena, Swara and Shikha starrer Veere Di Wedding. She has also been working as a full-time stylist for her sister. Together, both Sonam and Rhea are known to go creative with styling and their fashion sense. From experimenting with daring cut-outs to artistic prints and unusual colours, Rhea makes sure Sonam is rocking everything that’s worth talking in her looks. Let’s now wait to hear the good news of marriage!