Sushant Singh Rajput recently released his film Sonchiriya which also stars Bhumi Pednekar. This is for the first time that Sushant will be seen playing the role of a dacoit. While the performance of the actors in the film is being applauded, Sushant recently thanked the audience for their positive response towards the film and also went on to reveal that the film’s dubbed version has been released in few theatres which is not the same as the original. Also Read - 'Chandro Tomar Aka Shooter Dadi's Spirit Will Never Die', Saand Ki Aankh Director Tushar Hiranandani Mourns Loss Of A 'Wonderful Personality'

The film has received great reviews but did not manage to do good at the Box Office. Sushant took to his Twitter to thank everyone who appreciated the film. He also revealed that the film’s dubbed version has been released in few theatres which is not the same as the original. He wrote, “…However, a lot of you are writing in to me with heartbreaking reports that the film is released in some ‘dubbed’ version which is not the same as the original version we have created”. Also Read - List of Bollywood Celebs Who Are Helping People in Fight Against COVID-19

This is for the first time Sushant is seen essaying the role of a dacoit and with, Chaubey will be returning as a director on-screen after two years. His last directorial remains Shahid Kapoor, Kareena Kapoor Khan and Diljit Dosanjh starrer Udta Punjab, which hit the screens in 2016. 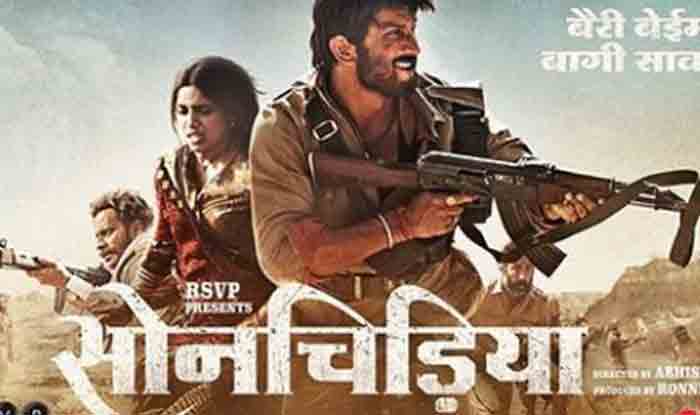 Sonchiriya has been produced by Ronnie Screwvala while its story is written jointly by Chaubey himself and Sudip Sharma. Filmmaker and music composer, Vishal Bharadwaj has given music to the film.

The actor had only one release last year, Kedarnath, with Sara Ali Khan. While Sushant’s performance was praised in the film, the Abhishek Kapoor directorial couldn’t do wonders at the Box Office. With Sonchiriya, Sushant now has five Hindi films releasing this year, the others being, Rifleman, Drive, Kizie Aur Manny and Chhichhore.