Star Screen Awards 2018 happened last night in the presence of the who’s who of the Hindi film industry. Walking the red carpet were celebs like Deepika Padukone, Rekha, Alia Bhatt, Ranveer Singh, Jacqueline Fernandez, Salman Khan, and Katrina Kaif among others. While it was a night of some stellar performances and stunning red-carpet appearances, the organisers also honoured the best on-screen performers of the year. Also Read - It's a Girl For Anushka Sharma, Virat Kohli! From Alia Bhatt To Sania Mirza, Celebs Pour In Their Congratulations! 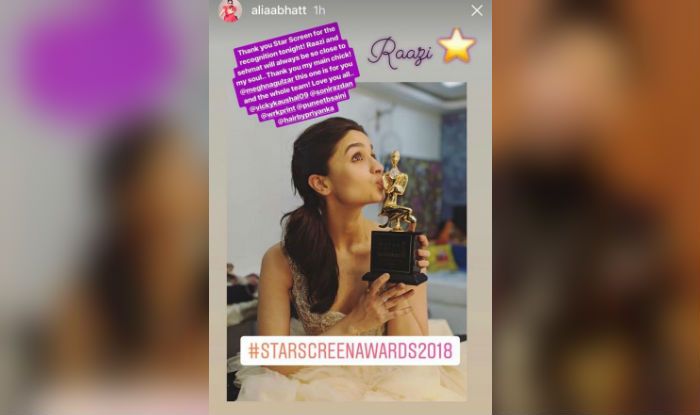 The other actors who got felicitated with the awards were Ayushmann Khurrana, Neena Gupta, Pankaj Tripathi, Rajkummar Rao, Radhika Madan, Ishaan Khatter and Gajraj Rao among others. Check out the complete winners’ list here:

Best Actor in a Supporting Role: Pankaj Tripathi for Stree

Best Debut Award (Male): Ishaan Khatter for Beyond the Clouds