Actor Shah Rukh Khan’s daughter Suhana Khan is already a star before making her big debut in Bollywood. She keeps treating fans with her mesmerising looks and gives out major fashion goals. Spending her Sunday in a lockdown at her Mumbai home, she has shared a couple of pictures in a blue hoodie as she takes a mirror selfie.Also Read - Suhana Khan Parties With Cousin Alia Chhiba in a Black Figure-Hugging Dress - See Glamorous Pics

In another photo, she can be seen lying down on her bed in a zipper dress and winged eyeliner. She glammed up her look with subtle makeup, perfect eye shadow, pink cheeks and a dash of pink nude lipstick. She teamed up her look with a couple of lockets and earrings. Also Read - Is Shah Rukh Khan’s Mannat Safe? Man Arrested For Threatening To Blow Up SRK's Mumbai House

Well, her pictures are proof that she can sport a hoodie look in the day and a glam chic look by night. Since, she shared photos on Instagram stories, she has been receiving lovely comments from her fans. Also Read - Aryan Khan Urinates at Airport in Viral Video - Really? Fact Check

Check Out Her Pictures Here: 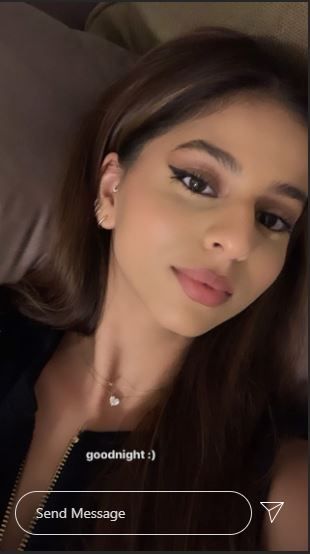 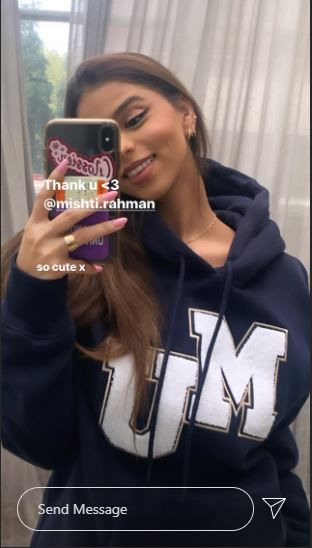 Suhana Khan is the actor in the making and is currently completing her higher studies in a New York College. She has been busy attending classes and completing projects while in lockdown. Suhana is a popular social media star even before making her debut in Bollywood. However, the stunning lady will soon be making her debut and is working towards it.

She has appeared on the cover of Vogue magazine and spoke about her childhood with her father SRK being a superstar. She was quoted as saying, “I realised quite early on that it was different for us. But I never really thought about my dad being famous. When I was about five, he would come and drop me to school, and people would point and stare. He wasn’t being addressed as Suhana’s dad, which is what I wanted. It confused me. He would want to hug me, and I would push him back in the car. I hated the attention, it made me very self-conscious.”