Tahira Kashyap-Ayushmann Khurrana win hearts across the Internet for their twinning braids, daughter dances with Priyanka Chopra at Jonas Brothers' concert in the Bahamas

Not minding the ocean salt sticking on their neatly braided heads, Bollywood producer Tahira Kashyap and her National award-winning actor-husband Ayushmann Khurrana are hands down the best couple there is. Sharing a glimpse of their close bond with the fans on the Internet, the duo were seen sporting braided hairstyles as they geared up to ring in the New Year 2020 in the Bahamas. Also Read - IMD Develops Flood Warning System That Can Predict Flash Floods 6-24 Hrs in Advance

Taking to her Instagram handle, Tahira shared a picture where she was seen out of focus while the camera was zoomed on Ayushmann’s head. The duo’s head sported cute braids with visible specks of sea salt. The picture was captioned, “The callous sand in our braids, and the vastness of the ocean in our eyes… we are all geared up for 2020 where our aim is just to be happy #newyear #2020 #women #letthistribethrive #nofilter (sic).” Also Read - Kerala Tourism News: CM Pinayari Vijayan Launches 26 New Projects - Here's All You Need to Know

The callous sand in our braids, and the vastness of the ocean in our eyes… we are all geared up for 2020 where our aim is just to be happy❤️ #newyear #2020 #women #letthistribethrive #nofilter 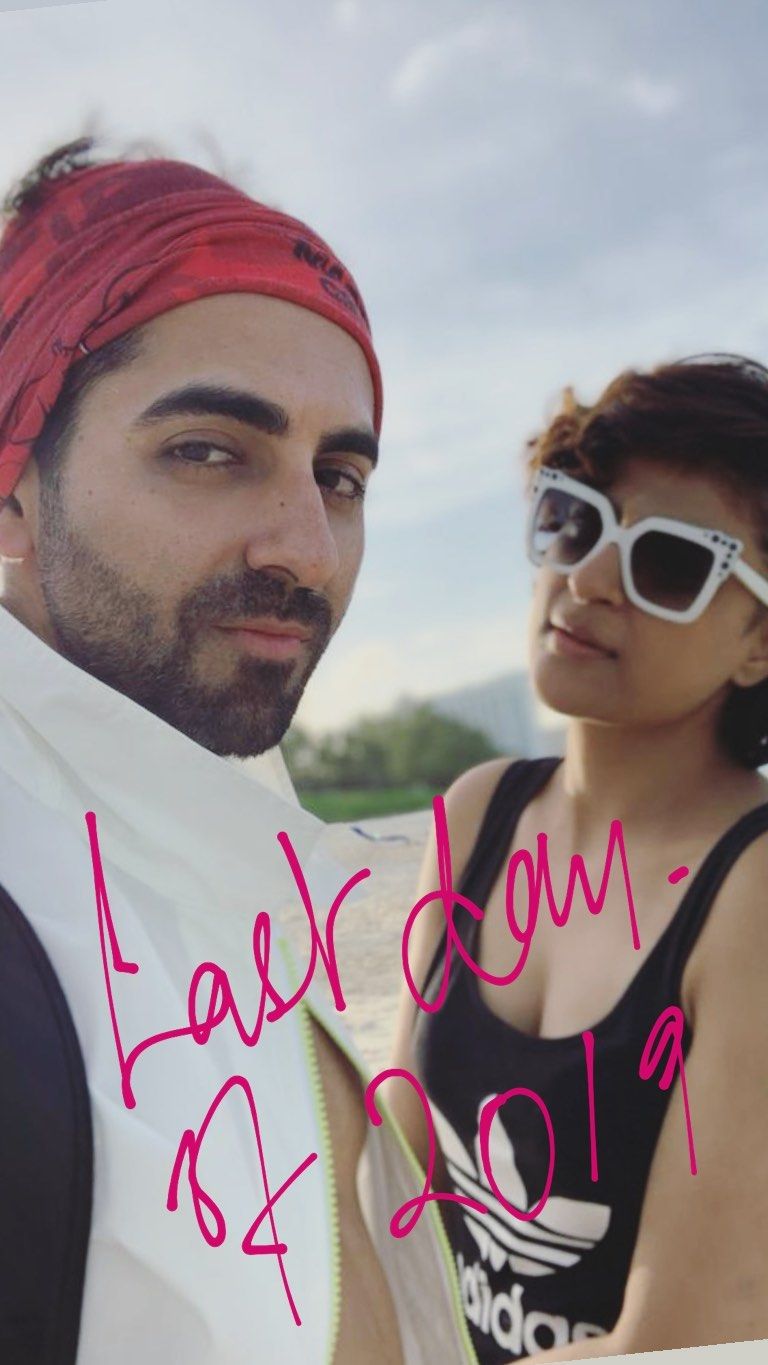 They even shared videos of their daughter Varushka sporting a similar hairstyle as she grooved along with Priyanka Chopra at the Jonas Brothers concert. The excited parents did not fail to mention that it was their daughter’s first concert ever.

Tahira and Ayushmann dated for a while before getting married in the year 2008. The couple has two kids – Virajveer Khurrana who’s seven years old and daughter Varushka Khurrana who’s five years old. Their Instagram timelines are filled with happy pictures of their family. Both Ayushmann and Tahira are doting parents to their kids. In fact, a video that went viral recently showed Ayushmann entertaining his kids by playing a dhol during Diwali festivities. The star couple celebrated their 11th wedding anniversary last month. To wish each other on social media, both Ayushmann and Tahira penned lovable posts and shared throwback pictures. The caption on their posts revealed just how their relationship has only become stronger and their bond turned deeper with time.

On the professional front, Ayushmann last featured in Amar Kaushik’s Bala which broke several box office records for 2019. Ayushmann, who even played the lead in Badhaai Ho, was felicitated with the Best Actor trophy at National Film Awards 2019 recently, for his performance in AndhaDhun.