Taimur Ali Khan is The Epitome of Coolness in His White Shirt, Blue Denim And Cap Worn Backwards

Taimur Ali Khan is a favourite with the paparazzi, and even a glimpse of him gets them going.

When Taimur Ali Khan steps out with his nanny or parents, he always manages to attract all the attention and it is not always his cute antics but the clothes that he wears too. The paparazzi go crazy and try to catch him with their cameras, and most of the time, he obliges their calls with a wave and a hi. Recently he was spotted in Bandra, Mumbai as he was getting out of a car with his nanny, and the attire he wore made him look adorably cool. Also Read - Kriti Sanon to be Sita Opposite Prabhas' Ram in Om Raut's Adipurush? Read on

Usually we get to see him a bit longer, as he stops to wave or smile at the photogs, but this time we only caught a small glimpse of the darling little boy as his nanny whisked him away. Dressed in a white shirt, blue denims, matching sneakers and a blue cap that was worn front backwards, he looked very cute and cool. Check out the pictures. Also Read - Kareena Kapoor Khan, Son Taimur Ali Khan Try Their Hands on Pottery as They Vacay in Dharamshala | See Pics 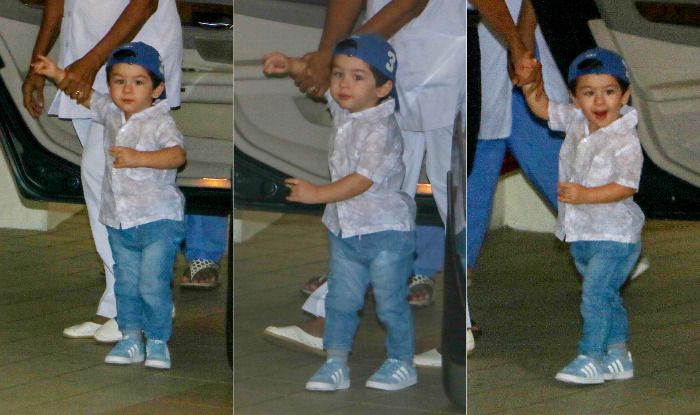 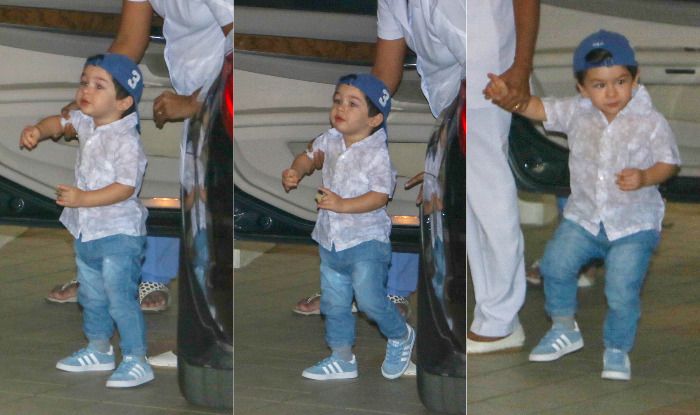 Also Read - Saif Ali Khan Contemplating to Back-Off From His Autobiography, Says 'Not Prepared To Go Through Abuse'
View this post on Instagram

Pictures of Taimur that had been taken earlier, showed him in a talkative mood. His expressions were just priceless as he waved his hands about gesturing about something. He was headed to his playschool wearing a black Ramones outfit, which made him look sporty. 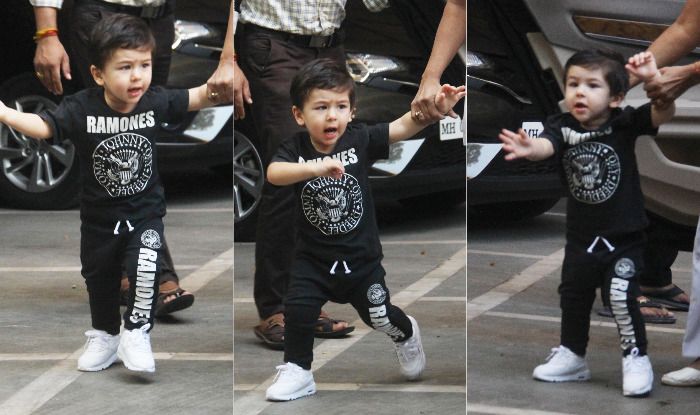 While we would love to see more of Taimur, it has emerged that his grandmother Sharmila Tagore is not too keen on the attention he is getting, as she feels it will stop him from having a normal childhood. The Asian Age reported a source close to Sara Ali Khan as saying that Taimur’s dad Saif Ali Khan was summoned by mom Sharmila to discuss the matter.

“Normally, Sharmilaji is the most non-interfering mother you will find. But now with two-year-old Taimur being constantly in the limelight, she feels some measures must be taken to provide the child a normal life,” The Asian Age quoted the source as saying.

Taimur is so lovable that his fans have even created a doll in his likeness, but his parents are not worried. Saif even said that it does not bother him as he is sure it is something that will pass.