Walking holding his nanny’s hand, Taimur still turns around just to bid his new friends bye and that is the cutest thing a boy so young could do. Also Read - Saif Ali Khan Contemplating to Back-Off From His Autobiography, Says 'Not Prepared To Go Through Abuse'

Taimur who would give a very surprised look to the shutterbugs earlier has now made them his friend. Earlier, there was a video of Taimur where he says “bye” and waives at the paparazzi. Every picture and video of Taimur can undoubtedly make anyone’s day. Also Read - Saif Ali Khan's Son Ibrahim Ali Khan All Set For a Bollywood Career, Actor Says Both His Sons Will be Actors 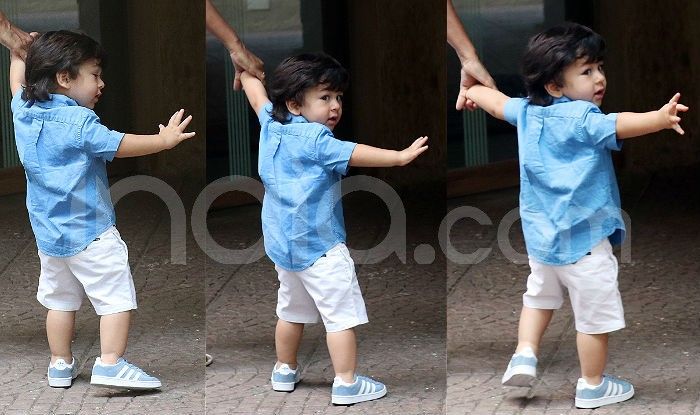 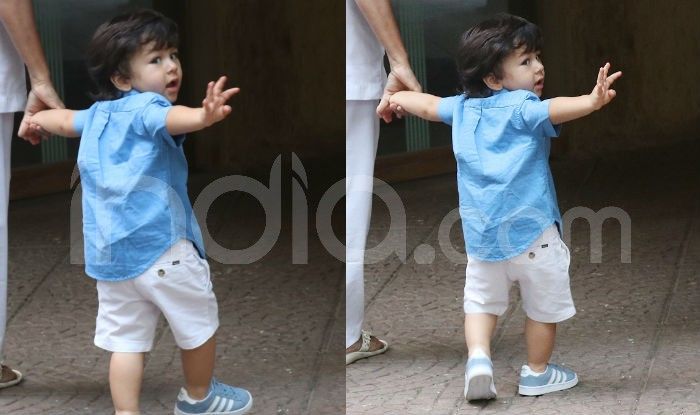 Taimur was recently seen taking some football lessons from daddy Saif Ali Khan. Kareena’s bundle of happiness was clicked paying full attention to his dad’s words as he kept holding his tiny football. He was also seen practising to kick the ball right. Of course, the sight was too lovely for words.

He was also spotted taking part in Ganpati celebrations lately. He always looks fantasised by the shutterbugs. In fact, both his parents have said in the past that they believe Taimur just loves to be around paparazzi.