Taimur Ali Khan is one kid who’s arguably as popular as his star parents Kareena Kapoor and Saif Ali Khan. The two-year-old baby was spotted trying his hands at playing football earlier in the day, on January 18. While Tim got clicked practising with the ball, his dad made sure he was around to keep an eye on his youngest son. Later, daddy Saif was papped carrying Taimur on his shoulders as they head back home. See these pictures: Also Read - Saif Ali Khan Takes First Jab of COVID-19 Vaccine, Netizens Asks Sarcastically, 'Is He Above 60?' 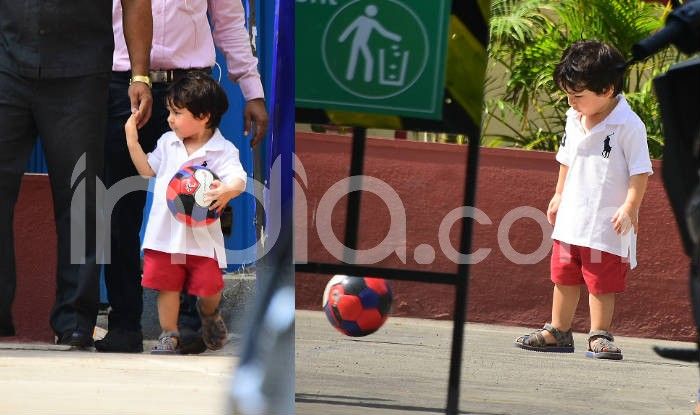 This is not the first time Taimur has been spotted playing football with his daddy around. Earlier last year, the little munchkin was clicked getting some football lessons from Saif. Together, Saif and Kareena are making sure their son finds his passion in some sport and that’s the reason they are exposing him to football, horse riding, badminton and other kinds of sports. Also Read - Heavily Pregnant Neeti Mohan’s Incredible Workout Video Goes Viral- Don’t Try Without Supervision 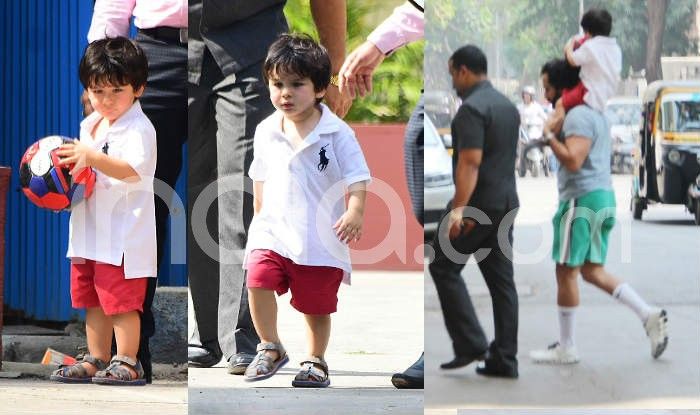 In fact, in a video that went on social media a few weeks back, Kareena was seen cheering for his son who participated in a race at his school’s sport’s day celebration. Taimur also attended a friend’s birthday party recently where mommy Kareena kept pushing him to dance with other kids. Even grandmom Babita Kapoor accompanied Taimur at the party.

Meanwhile, even though Taimur is always surrounded by paparazzi the moment he steps out of his abode, his parents want a normal childhood for him. The baby has found his way of making peace with the cameras, however, Kareena thinks he should not be hounded by the shutterbugs so much at this young age. Earlier, talking in her interview with Vogue India, the actress mentioned, “I hate it, but what can we do but ignore it? We (She and husband Saif Ali Khan) both believe that children are a product of their parents and their surroundings, and at home we plan to keep it as normal as possible. That will be his foundation.”