In the pictures, Taimur can be seen riding a horse while his nanny walks beside him. Donning a blue striped sweater, denim and shoes, Taimur looked adorable as always. Also Read - Mom-To-Be Kareena Kapoor Khan Flaunts Her Baby Bump As She Shoots With Sister Karisma Kapoor | See Pics 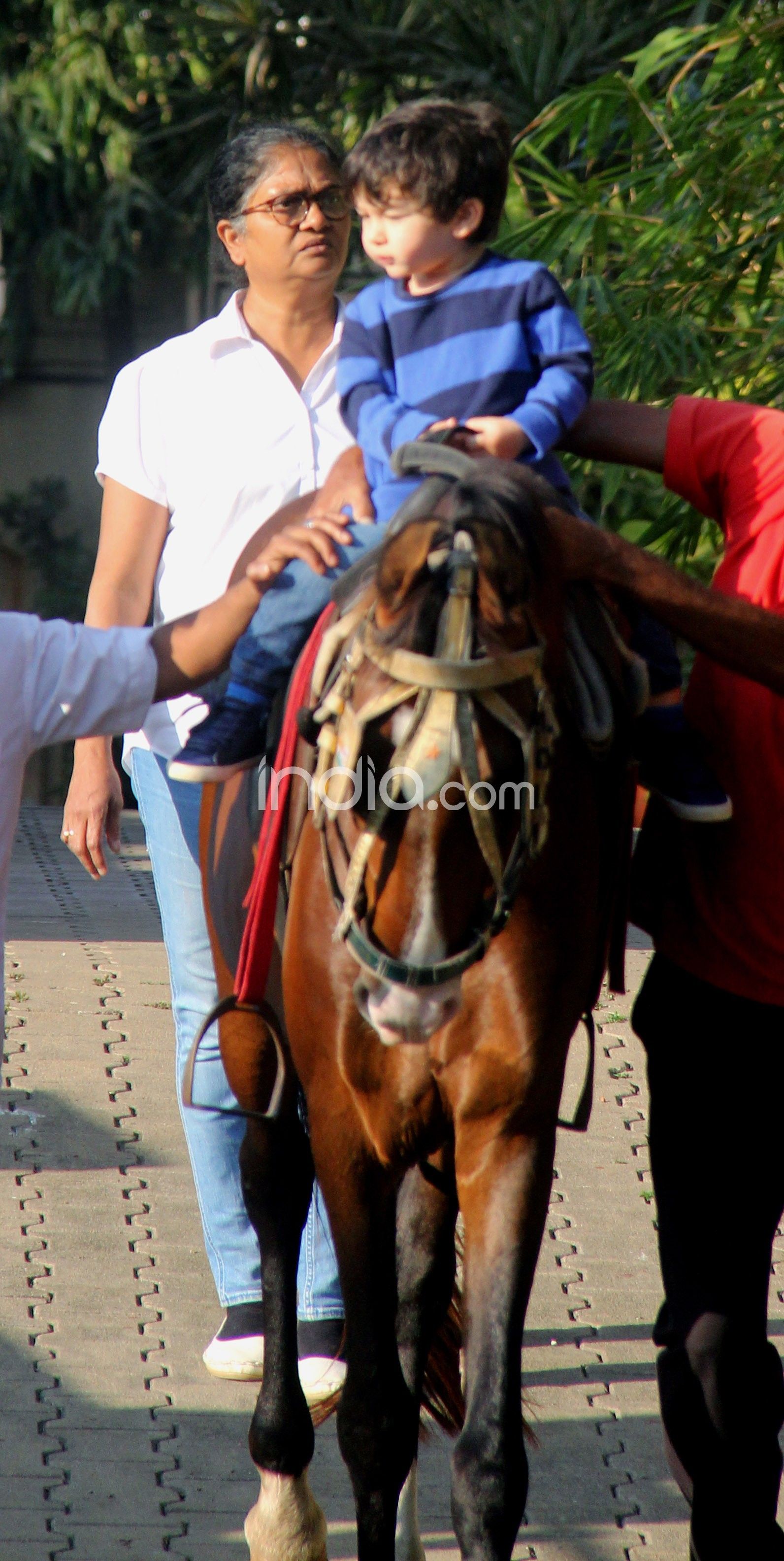 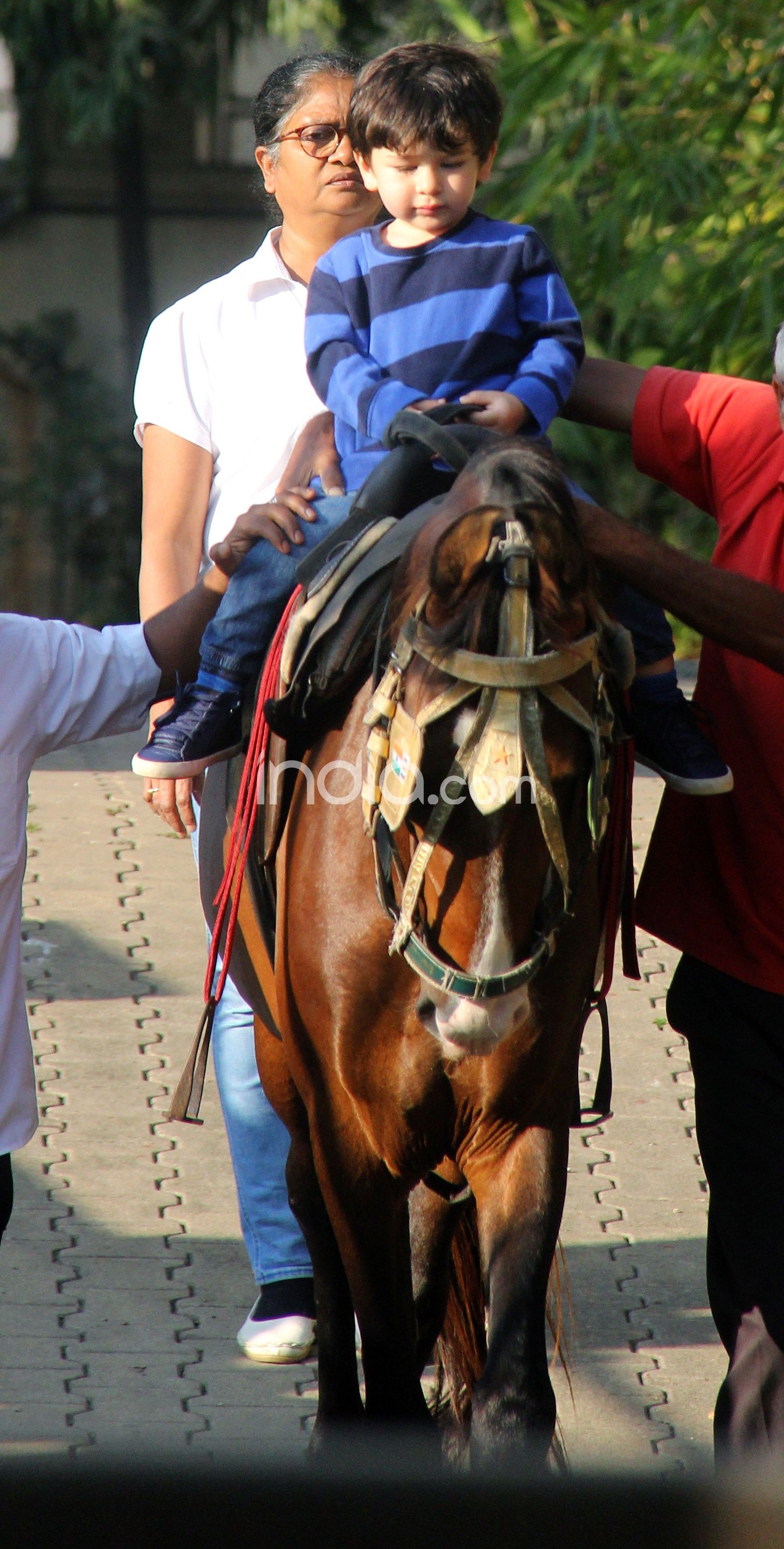 A few days back a picture of Kareena, Saif and Taimur chilling at the Pataudi Palace with a dog went viral on social media. In the picture mommy Kareena and Taimur could be seen twinning in blue sweaters. Saif, on the other hand, donned a white kurta-pyjama which he teamed with a warm cape.

On the professional front, Saif is busy shooting for his web series Sacred Games 2, Kareena, on the other hand, has started shooting for her upcoming film Good News where she will be seen opposite Akshay Kumar. The film also stars Diljit Dosanjh, and Kiara Advani in pivotal roles. The film also features Diljit Dosanjh and Kiara Advani. Bebo has also signed Karan Johar’s Takht. Saif, on the other hand, is currently occupied with the work of Sacred Games Season 2. He will also be seen in Taanaji: The Unsung Warrior alongside Ajay Devgn, Suniel Shetty, and Kajol.