Tanushree Dutta has finally received the legal notices from actor Nana Patekar and filmmaker Vivek Agnihotri in the sexual harassment allegations issue. The actress revealed on Wednesday, October 3, that she has been slapped with the legal notices from the two people she accused of harassing her sexually on the sets of her films. In an official statement released by her on Wednesday, the Aashiq Banaya Aapne star mentioned that the notices are nothing but the price a woman pays in the country to speak against the injustice done to her. Also Read - Vivek Agnihotri Welcomes OTT Guidelines And Calls it a Good Move

The statement released on behalf of her PR team also has a mention of an incident where two “suspicious individuals” tried to barge into her place in Mumbai but “were stopped at the right time” by the police personnel deployed by the Mumbai Police outside her house. Also Read - Mithun Chakraborty Collapses on Sets of The Kashmir Files in Mussoorie, Feeling Better Now

Tanushree’s statement reads, “I have been slapped with two legal notices today. One from Nana Patekar and another from Vivek Agnihotri. This is the price you pay for speaking out against harassment, humiliation, and injustice in India. Both Nana’s and Vivek Agnihotri’s teams are on a smear campaign against me by constructing outright lies and misinformation on social media platforms and other public platforms. Their supporters are coming ahead and weaving damming allegations against me even shouting at the top of their voices at press conferences. Today, while I was at home and the police personnel posted outside my home were on a lunch break two unnamed suspicious individuals tried getting into our home uninvited but were stopped just in time by security personnel in the building. Later the police came back from their break and secured the premises again. Violent threats are being issued against me by the MNS party”. Also Read - Tanushree Dutta on Her Weight Loss Journey: I Used To Get Alot of Underhanded Compliments That Would Hurt Me 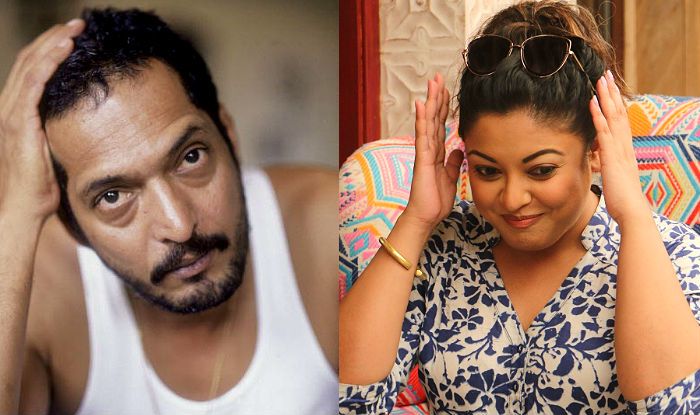 The statement further reads, “I am being threatened to be dragged into the court and legal system of India which we all know can keep a woman and her supporters as well as media silent on the pretext of “matter sub judice” but can also further be used to harass her and drain her out financially. ‘Tareek pe Tareek pe tareek‘ and the dawn of justice never arrives and her whole life goes waste awaiting justice while witnesses are intimidated, discredited or simply drained of their will to stand up… False witnesses supporting perpetrators conjured up to further weaken her case. Court cases can run for decades without a hope for a conclusion. At the end an empty shell remains, broken hopes, a life wasted, defeated. This is the age-old saga of survivors in our nation. I walked away once from the same environment that was created for me 10 years ago…Found God, found my healing, found my peace and a new life in the United States of America. And now I stand to lose this new life too if I allow myself to get embroiled in the court system of India. And you wanted to know why the #MeToo movement hasn’t happened in India…This is why…”

Watch out this space for the latest update on the case!