Tanushree Dutta has mentioned that another actress had called Nana Patekar 'obnoxious' before. Guess that actress is none other than Dimple Kapadia herself

Tanushree Dutta is finally getting some real support from Bollywood for the sexual harassment allegations she has made against actor Nana Patekar in an interview. The former actress, popular for her roles in films like Aashiq Banaya Aapne and Good Boy, Bad Boy, has alleged that Nana tried to take sexual advantage from her during the shoot of a special dance number in his 2009 film Horn ‘OK’ Pleasss. The actor has, however, denied all her claims. Also Read - Tanushree Dutta on Her Weight Loss Journey: I Used To Get Alot of Underhanded Compliments That Would Hurt Me

Now, while the whole country is talking about the matter and social media is abuzz with debates and arguments, a throwback video related to Nana has gone viral. The video has actress Dimple Kapadia talking about the actor, calling him ‘obnoxious.’ Even Tanushree has claimed in her statement earlier that another actress had called Nana an obnoxious person before. Guess that actress is none other than Dimple herself! Also Read - Tanushree Dutta Says She's Proud of Kangana Ranaut For 'Fighting The Good Fight' 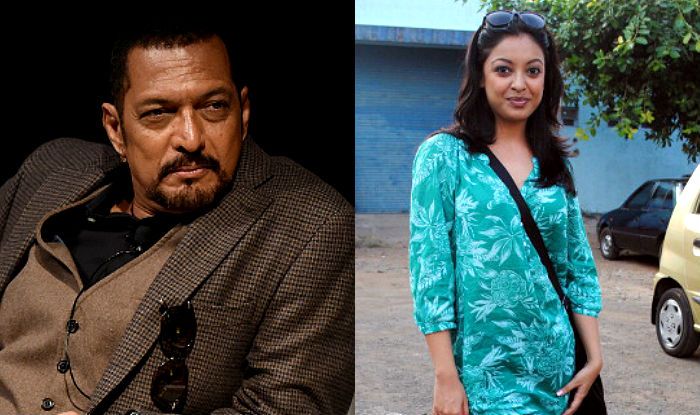 In the video, which is a clip from one of her old interviews, Dimple can be seen sharing that while Nana is a terrific actor and she can vouch her life for that, there’s a dark side to him too. She says, “I think he is obnoxious. As far as his talent goes, there’s no match to him. He is an extremely talented man. When I see talent like him, sau khoon maaf hai. Sab kuch maaf hai. Meri jaan bhi lelo. (When I see talent like him, 100 murders are forgiven. Everything can be forgiven. Take my life too). That’s the effect he has on me. But, as a person, with me he has been very, very nice, kind and a good friend. But I have also seen his dark side. We all have a dark side which is nicely and safely kept aside”. Also Read - How #MeToo Flagbearer Tanushree Dutta Accepts Regular Job While Nana Patekar Gears up For His Screen Comeback

Nana Patekar's "dark side" has always been an open secret in Bollywood.

Dimple’s daughter, Twinkle Khanna, also talked about the allegations on social media and supported Tanushree. She wrote, “Please read this thread before judging or shaming #TanushreeDutta a working environment without harassment and intimidation is a fundamental right and by speaking up this brave woman helps pave the way towards that very goal for all of us!”

Please read this thread before judging or shaming #TanushreeDutta a working environment without harassment and intimidation is a fundamental right and by speaking up this brave woman helps pave the way towards that very goal for all of us! https://t.co/f8Nj9YWRvE

However, while thanking Twinkle for her support, Tanushree reminded her that her husband and actor, Akshay Kumar, is still working with the accused.