Actors Shah Rukh Khan and Salman Khan’s throwback videos often are loved by their fans. In the past, they have danced together, sang together, and even cycled together through the streets of Mumbai. However, a rare sight many have not seen it. In the latest set of pictures, we bring you some of the unseen pictures of SRK and Salman where they are seen cycling in the early hours of the morning in Bandra. They drove through the traffic amid being watched by fellow riders on the road of Mumbai. The two superstars were accompanied by SRK son Aryan Khan.

The duo went on cycling in the year 2016 and Shah Rukh even tweeted with a picture, “Bhai bhai on bike bike. No pollution…bhai says “Michael Lal Cylcle Lal.”

While Salman can be seen clad in a black shirt and denim, Shah Rukh Khan can be seen suited up in a white shirt, black trousers, and a matching waist court. Both can be seen posing with their bikes.

Check Out The Pictures Here: 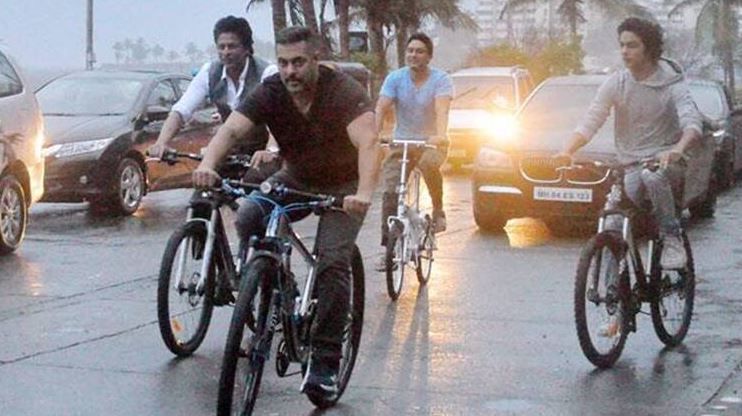 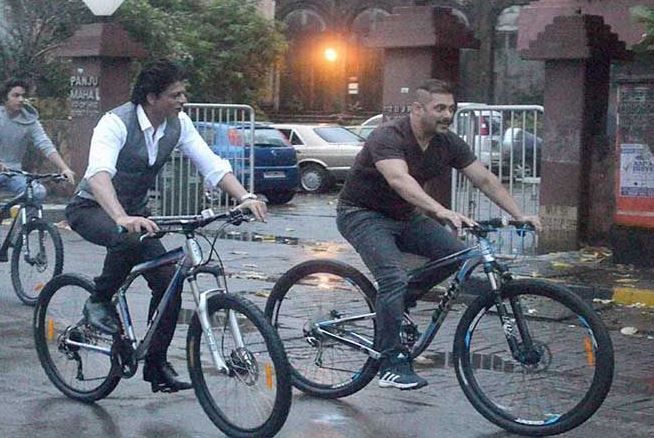 They both are often seen praising each other in the media. They featured together in Karan Arjun (1995) and gave a blockbuster hit.

Meanwhile, on the work front, Shah Rukh Khan will be next seen in Pathan co-starring John Abraham and Deepika Padukone. He is making a comeback to the silver screen after a sabbatical of 3 years. He was last seen in Zero co-starring Anushka Sharma.

Salman, on the other hand, will be seen next in Radhe: Your Most Wanted Bhai co-starring Disha Patani, Randeep Hooda, Jackie Shroff among others. He also has Antim along with Aayush Sharma.