Thugs of Hindostan: Amitabh Bachchan And Aamir Khan Shake a Leg to The Song Vashmalle Choreographed by Prabhudheva

Amitabh Bachchan and Aamir Khan will be seen together for the first time in one of the most anticipated films of the year Thugs of Hindostan.  Also Read - Amitabh Bachchan And Shilpa Shetty Mourn Jagdeep’s Death, Pen Emotional Notes For Noted Comedian

The two stars will also be dancing together in a song titled Vashmalle which is being choreographed by Prabhudheva and the song is sung by Sukhwinder Singh and Vishal Dadlani. composed by Ajay-Atul, the lyrics have been penned by Amitabh Bhattacharya. Also Read - India-China Standoff: Aamir Khan Cancels Ladakh Shooting of Laal Singh Chaddha Due to Galwan Clash

Vashmalle means to ‘dance your heart out and make merry.’ As the title suggests, it will be a jolly song and a treat to the eyes to see the two together in one frame. Also Read - Amitabh Bachchan Reveals Abhishek-Aishwarya's Wedding Connection With 43-Year-Old Gulmohar Tree at Prateeksha

The still from their song went viral on social media and fans cannot wait to see the two together. 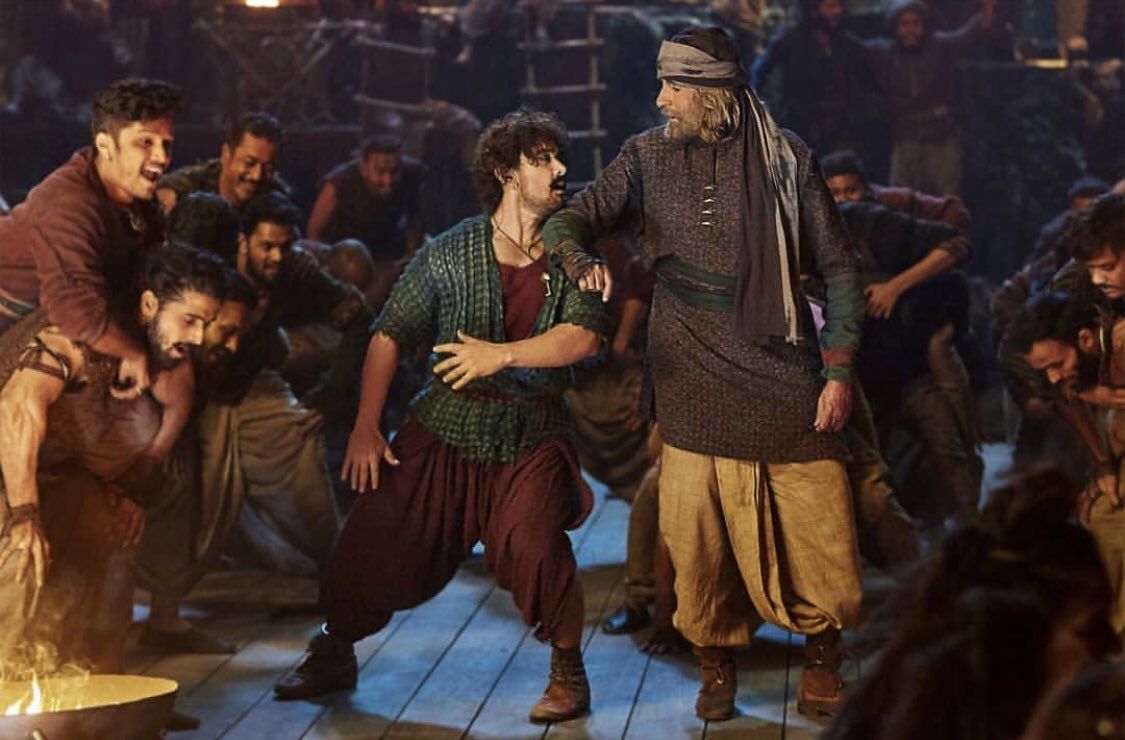 The director of the movie Vijay Krishna Acharya aka Victor talked about the song and said, “It is amazing that we could write a suitable moment in the film that sees these two icons of Indian cinema shake a leg with each other and the song will stand out because of their infectious energy and camaraderie. The song presents Mr.Bachchan and Aamir Khan in the mood to celebrate”.

“I have to reveal, the sequence will show them getting drunk during the celebrations and then breaking out to dance on this high energy number. It is a priceless moment that we have captured in Thugs of Hindostan,” the filmmaker added.

Thugs of Hindostan is an epic action-adventure movie, and there were reports that it is based on Philip Meadows Taylor’s 1839 novel Confessions of a Thug, however, the reports were put down by Acharya, who said there is no connection to any book.

The movie, which has reportedly been made at a budget of Rs 250 crore, is set for release on November 8 this year. It is touted as the costliest Bollywood movie ever and will be dubbed in both Tamil and Telugu languages for a wider audience experience.

On a related note, Katrina is also occupied with the work of Salman Khan starrer Bharat. Big B, on the other hand, is seen hosting the reality show, Kaun Banega Crorepati. It is receiving a wonderful response and is also topping the TRP charts.