Thugs of Hindostan Manzoor-e-Khuda Song Teaser: Katrina Kaif as Suraiyya is Here to Kill With Her Sexy Dance Moves

YRF has released the teaser of an upcoming song, titled Manzoor-e-Khuda, from Thugs of Hindostan

Katrina Kaif might receive a lot of backlash for her acting capability but she is equally praised for her dancing skills. The actress is one terrific dancer and the audience has seen that time and again in popular Bollywood tracks like Sheela Ki Jawaani, Chikni Chameli, Ishq Shava, and Kamli among others. The actress is all set to woo the audience once again with her scintillating dance moves in her upcoming film, Thugs of Hindostan. Her golden girl look from the film has already created a stir among the audience. Now, a glimpse of her performance on another song in the film has set the temperature soaring. YRF has released the teaser of Manzoor-e-Khuda song from Thugs of Hindostan and it has Katrina dancing like there’s no tomorrow. Also Read - Gulabo Sitabo Trailer: Ayushmann Khurrana- Amitabh Bachchan’s Acrimonious Relationship Will Make You Laugh 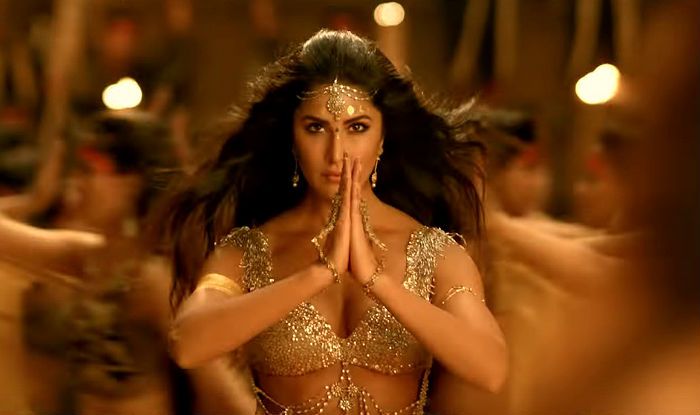 Manzoor-e-Khuda has got amazing vocals of Sunidhi Chauhan and Shreya Ghoshal with Sukhwinder Singh crooning the male part in it. The one minute 12 seconds teaser video of the song gives a hint of its importance in the narrative. As shown in the video, while Katrina aka Suraiyaa is dancing on a stage, Amitabh Bachchan and Aamir Khan are fighting it out. The teaser has got a beautiful juxtaposition of some stunning sword-fighting scenes from the film. But, what constitutes the highlight is, of course, our sexy Suraiyya, killing it with those difficult dance steps on stage. Also Read - Gulabo Sitabo: Amitabh Bachchan-Ayushmann Khurrana Share Glimpse of Upcoming Film, Releases on THIS Date

Katrina looks gorgeous in the film and her look is enough to attract viewers to the big screen. However, Thugs of Hindostan has got two of the most credible Bollywood actors — Aamir and Big B, in the lead and their performances are also much anticipated. The film has been made on a very high budget and is hitting the screens as the big Diwali release this year. Also featuring Fatima Sana Shaikh in an important role, this Vijay Krishna Acharya-directorial is slated for release on November 8.