Taking to his Instagram handle, Tiger shared a video from the gym where he can be seen doing a front flip while some editing added trippiness to the visuals. Tiger captioned the video, “Counting down the days like #baaghi3 #6thmarch (sic).” Quick to respond, Hrithik commented, “So cool” while Disha Patani wrote, “Awesome (sic).” Also Read - Krishna Shroff Burns The Internet With Bikini Photos, Disha Patani's Sister Khushboo Calls Her 'Super Hot' 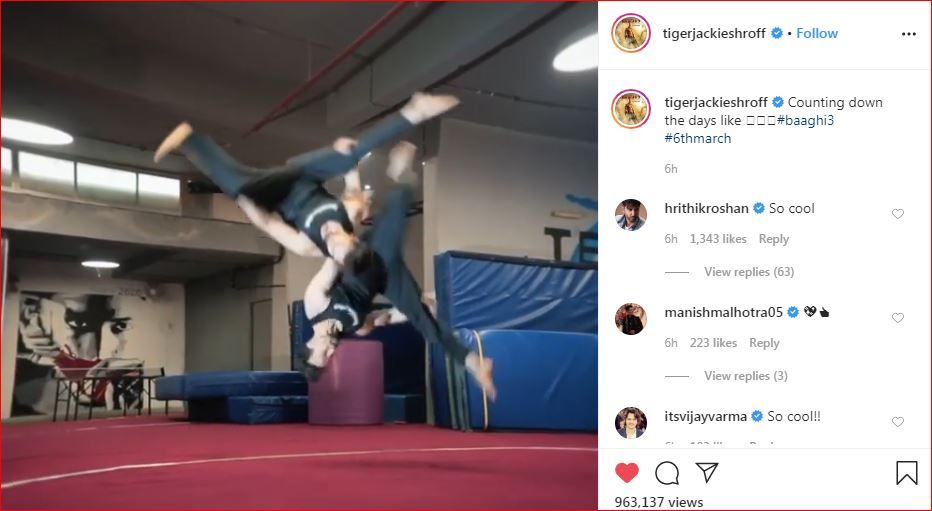 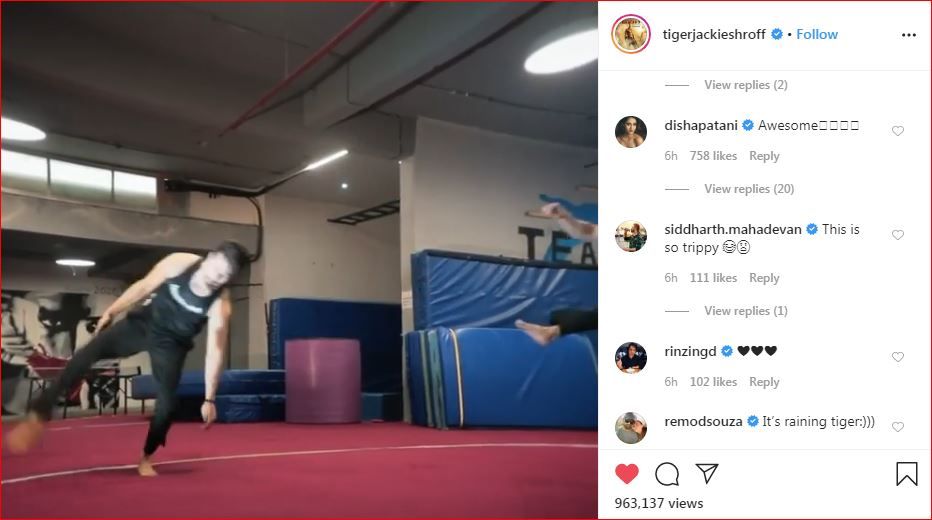 Baaghi 3 is the third installment in the popular action franchise. Both the previous two films were successful at the Box Office and Tiger impressed with his action scenes. This time as well, it seems like he’s here to set the screens on fire with some never-seen-before action in Indian cinema.

The makers of Baaghi 3 recently dropped the trailer of the film which created waves on social media. It stars Tiger Shroff in the lead and that should sum up how it looks like. Reprising his character Ronnie, Tiger is seen performing back-to-back death-defying stunts, mouthing some heavily dramatic dialogues, flexing muscles like no other in the movie business, doing the perfect splits in the most violent situations and fighting an entire country single-handedly. He is joined by Shraddha Kapoor who has her own kind of remixed abusive language but the entire trailer is practically and wholly only about Tiger and his raging kohled eyes.

Helmed by Ahmed Khan and bankrolled by Sajid Nadiadwala and Fox Star Studios, Baaghi 3 also stars Riteish Deshmukh, who plays Tiger’s elder brother and Ankita Lokhande who essays the role of Shraddha’s sister and Riteish’s love interest. The movie is slated to hit the screens on March 6 this year.