Interestingly, Urvashi Rautela's style of slamming the report will remind you of Deepika Padukone's tweet blasting daily for a sexist article

Actor Urvashi Rautela has taken to social media to slam a news report that claimed producer Boney Kapoor touched her inappropriately at a wedding function recently. Both Urvashi and Boney were seen interacting at the wedding reception of producer Jayantilal Gada’s son. The video that surfaced online showed the two posing for the paparazzi. Later, the camera caught Boney patting Urvashi’s back as she continued to pose. Several comments suggested that the producer should have avoided touching the actor awkwardly. Also Read - Urvashi Rautela Looks Ethereal in 55 Lakh Leather Lehenga and Jewellery at Neha Kakkar's Wedding, See PICS

Now, Urvashi posted a screenshot of the video on Twitter and criticised the organisation. She wrote, “Presumably one of the India’s ‘SUPREME’ newspaper and this is ‘NEWS’!!??
Please dont talk about GIRL POWER or WOMEN’S LIBERATION when YOU don’t know how to RESPECT/HONOUR GIRLS.” (sic) Also Read - Bipasha Basu, Ranbir Kapoor, Srishty Rode, Urvashi Rautela, Akshay Kumar Spotted by Paps

Presumably one of the India's 'SUPREME' newspaper and this is 'NEWS'!!??
Please dont talk about GIRL POWER or WOMEN’S LIBERATION when YOU don't know how to RESPECT/HONOUR GIRLS. pic.twitter.com/QK2Xc2tuSB Also Read - Urvashi Rautela Believes Addiction to Fitness is What Can Bring Long-Lasting Happiness

The list of the other guests who attended the function includes names like Kabir Khan-Mini Mathur, Tusshar Kapoor, Dilip Joshi, Amrita Rao, Sajid Nadiadwala, and Johny Lever among others.

Interestingly, Urvashi’s style of writing in the post is quite similar to how actor Deepika Padukone slammed leading news daily a few years back on social media. This is what Deepika had posted:

“Supposedly India’s ‘LEADING’ newspaper and this is ‘NEWS’!!??
YES! I am a Woman. I have breasts AND a cleavage! you got a problem!!??
Don’t talk about Woman’s Empowerment when YOU don’t know how to RESPECT Women!” (sic) 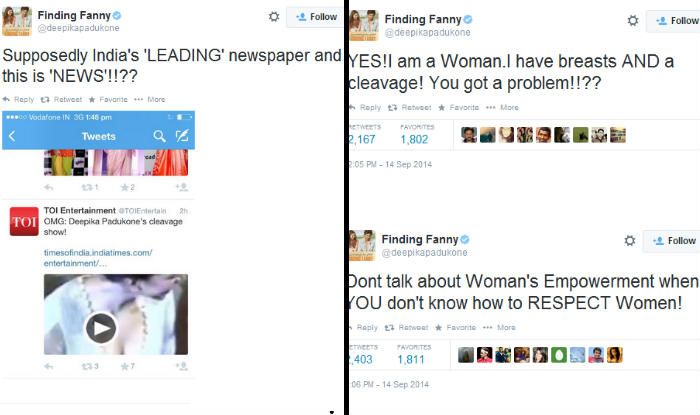