Bollywood finally seems to speak in one voice for late actor Sushant Singh Rajput. After Kriti Sanon, Kangana Ranaut, and Ankita Lokhande, Varun Dhawan, Parineeti Chopra, and Sooraj Pancholi have come out to demand a CBI inquiry in the late actor death case. The actors took to their respective social media accounts to explain how SSR’s family needs to know the truth and they deserve a fair trial in the case. While Varun simply used the popular hashtag in his Instagram stories, Parineeti wrote, “All that is needed, is the truth. #JusticeForSSR’. Also Read - Rhea Chakraborty Money Laundering Case: ED Confirms Rs 15 Crore Withdrawn From Sushant Singh Rajput's Account 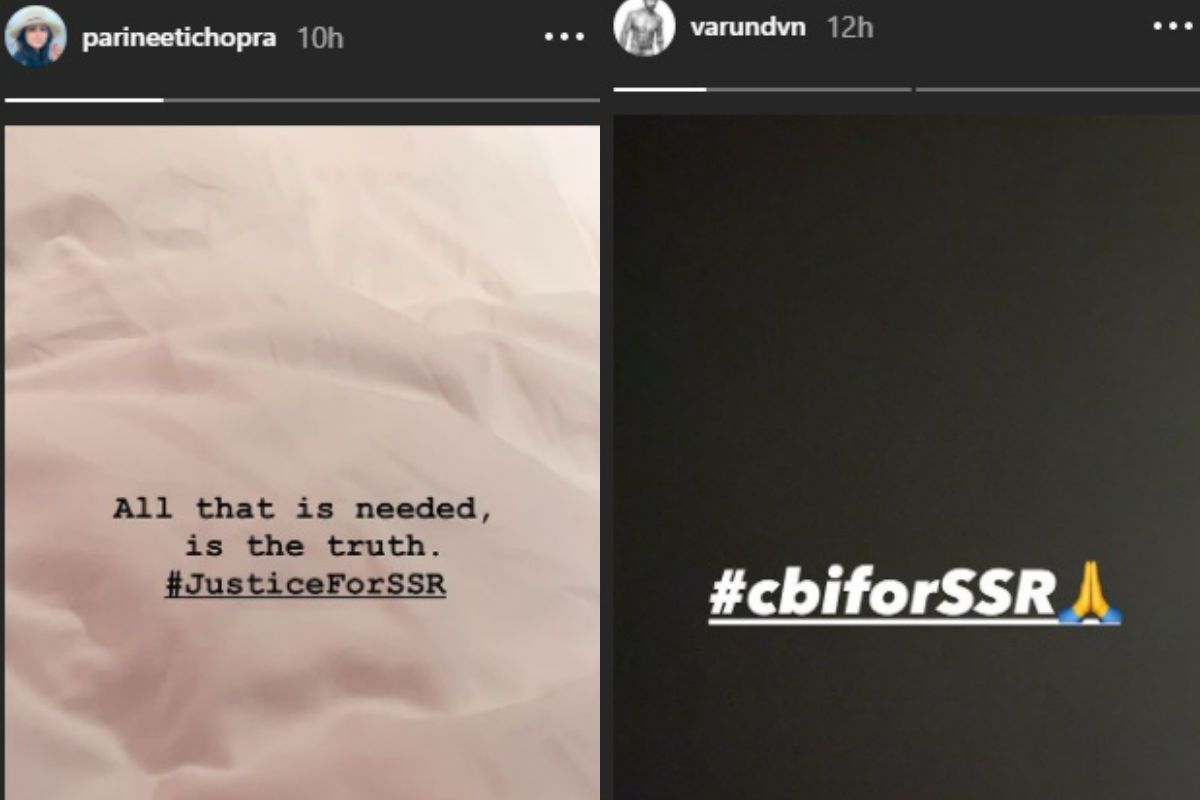 Sooraj Pancholi, whose name was dragged in the Disha Salian death case also spoke up for the family of SSR. In his note on Instagram, he wrote “I really pray and hope that Sushant family get the closure they need! They really deserve a proper CBI investigation, it has been a long battle for them already! They need to know what actually happened, and the world needs to know too! #CBIForSSR” (sic) 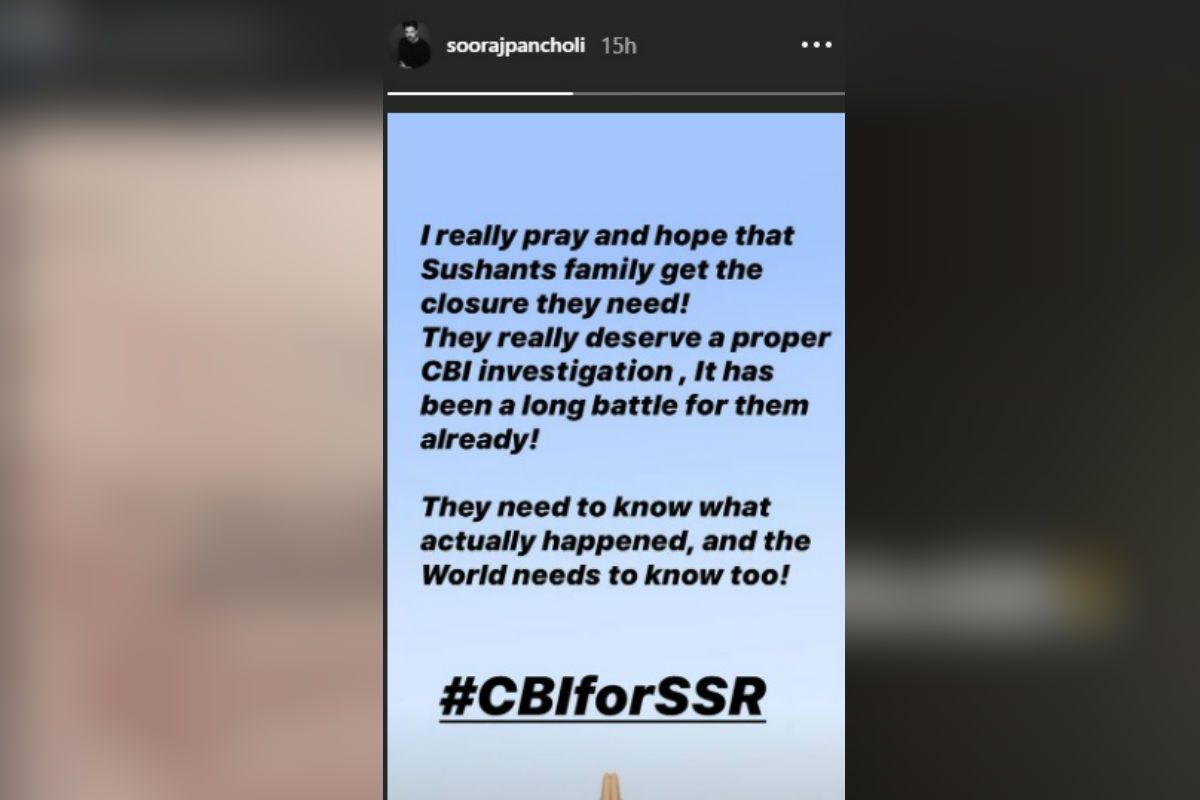 Earlier, on their respective social media handles, both Ankita and Kriti who have dated Sushant in the past also raised their voices in support of a CBI probe. While Ankita posted a clip on Instagram asking for the truth, Kriti’s note read, “I pray that the truth comes out soon… His family, his friends, fans and all loved ones deserve this closure… I hope and pray that the CBI takes over the case so it’s investigated without any political agendas, in the true sense, to provide justice to the family!! It’s high time his soul rests in peace! #CBIForSSR #SushantSinghRajput” (sic) 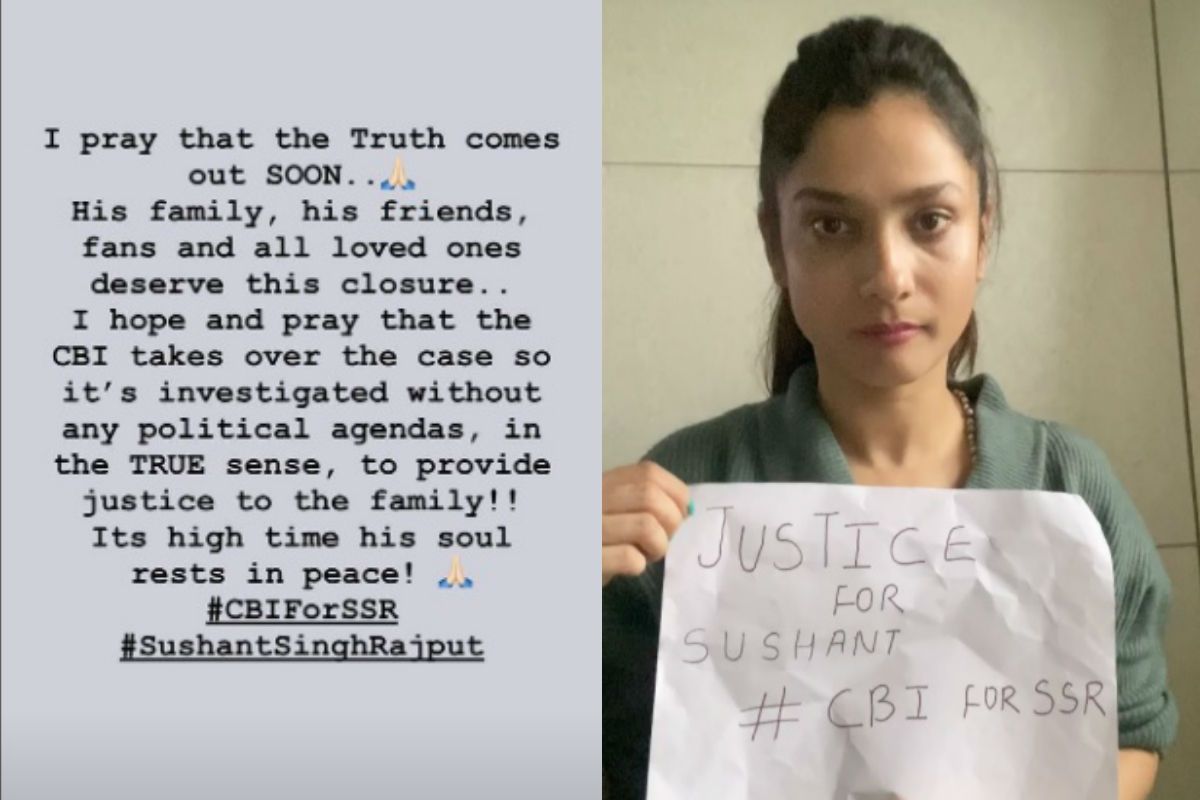 SSR’s sister Shweta Singh Kirti posted a video on Instagram on Thursday morning asking all to stay together and help the family get justice in the case. She said that they have not been able to deal with the loss even after two months of the actor’s death and they deserve to know the truth.