Varun Dhawan-Natasha Dalal are all set to tie the knot in a small ceremony at Alibaug's The Mansion House. The pictures show that the family has reached the venue as Varun's father David Dhawan thank the paps for the best wishes.

Varun Dhawan-Natasha Dalal are set with their entourage to get married in a small wedding ceremony in Alibaug. The couple left their Mumbai residence on Friday morning to reach The Mansion House in Alibaug where they will be celebrating their nuptials this weekend. The celebrations began from today and as the families and friends reached the venue, the groom’s dad, filmmaker David Dhawan posed for the paparazzi and thanked them for their best wishes.Also Read - Varun Dhawan-Natasha Dalal Big Fat Indian Wedding: Strict No Camera Policy at Couple’s Marriage Ceremony

Both sides of the family along with Varun-Natasha’s industry friends and colleagues are going to attend the wedding in Alibaug. The buzz is that designer Manish Malhotra has created the wedding outfits for both the groom and the bride while filmmaker and Varun’s mentor Karan Johar has choreographed their Sangeet. The guests’ list includes popular names like Salman Khan, Jacqueline Fernandez, Ranbir Kapoor, Alia Bhatt, Katrina Kaif, and Vicky Kaushal among others. It is also being said that after their wedding in Alibaug, the family will host a wedding reception in Mumbai for the media and colleagues of Varun’s father. Also Read - Varun Dhawan-Natasha Dalal's Wedding Venue in Alibaug is Exotic - All About Its Cost, Location, And More 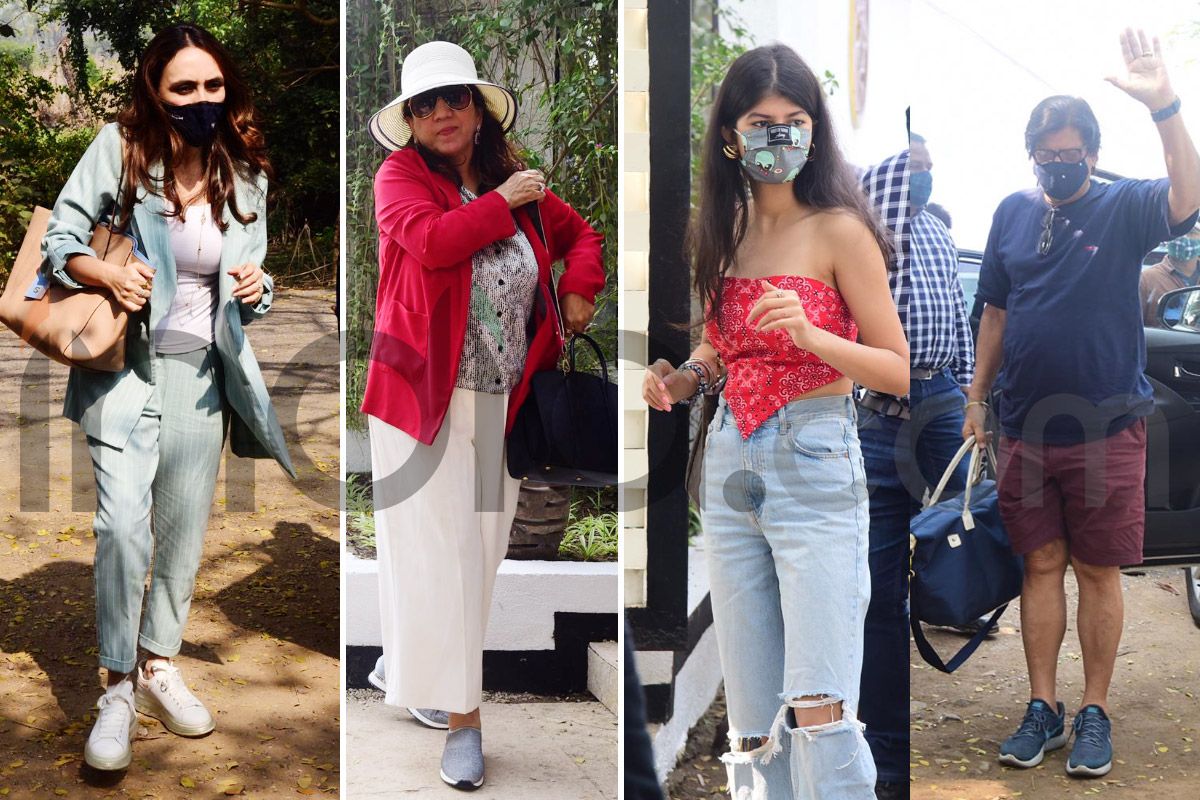 Varun and Natasha have been childhood sweethearts and have been in a relationship for many years now. They had an intimate Roka ceremony earlier last year which was attended by the likes of Manish Malhotra, and Karan Johar among others. The two are completely head over heels in love with each other and have always seen their worlds together for the longest time. While Varun is definitely the heartthrob of the country, Natasha appears to be a little shy. She’s a fashion designer herself and various reports suggest that she’s going to wear a lehenga designed by herself in one of the pre-wedding functions. Theirs is a love story that really makes you believe in the saying ‘there’s one for everyone in the world’. Also Read - Varun Dhawan’s Wedding Outfit Will be Simple, Subtle and Nothing Over-the-Top, Says Stylist Akshay Tyagi

Earlier, in an interview with news agency IANS, Varun talked about Natasha and how he loves her ‘individuality.’ He was quoted saying, “Where me and Natasha are concerned, I think, eventually, after we get married, we are together all that stuff, she has to, she has her own individuality. That’s why I’m with her because she has her own individuality, she has her own voice which is super strong with things she wants to do and things she wants to achieve in life. And, as her partner, that is something I want to support, you know. And, she has been so supportive where my career is concerned, always, from day one actually.”

We wish them the best!