Stumping all box office records by collecting Rs 578 crore worldwide, the Rajkumar Hirani directorial Sanju was based on the life of actor Sanjay Dutt. The movie featured Ranbir Kapoor as the lead with Sonam Kapoor, Vicky Kaushal, Dia Mirza, Anushka Sharma, Manisha Koirala and Paresh Rawal in pivotal roles. As the movie clocks one year today, the actors took to their social media handles to reminisce the journey.Also Read - 9 Most Dazzling And Costly Wedding Rings Worn by Bollywood Actresses

Sharing a poster of the movie featuring her and Ranbir, Dia wrote, “1 year since #Sanju! A special journey with the most special people. #BestTeam” (sic). Dia essayed the role of Sanjay’s wife Manyata Dutt in Sanju. Sonam Kapoor, who essayed the role of Sanjay’s girlfriend Ruby, shared Dia’s post on her Instagram story feature. Vicky, who portrayed the role of Sanjay’s friend Kamlesh, too shared a poster featuring Ranbir and him in their character roles and captioned it, “1 Year. The first time I heard people calling me by the name of my character. Thank You for all the love! It means a lot to me. #Sanju” (sic). Also Read - Subhash Ghai Breaks Silence on Sanjay Dutt's Arrest in 1993 Mumbai Serial Blast Case: He Was Innocent, Trapped 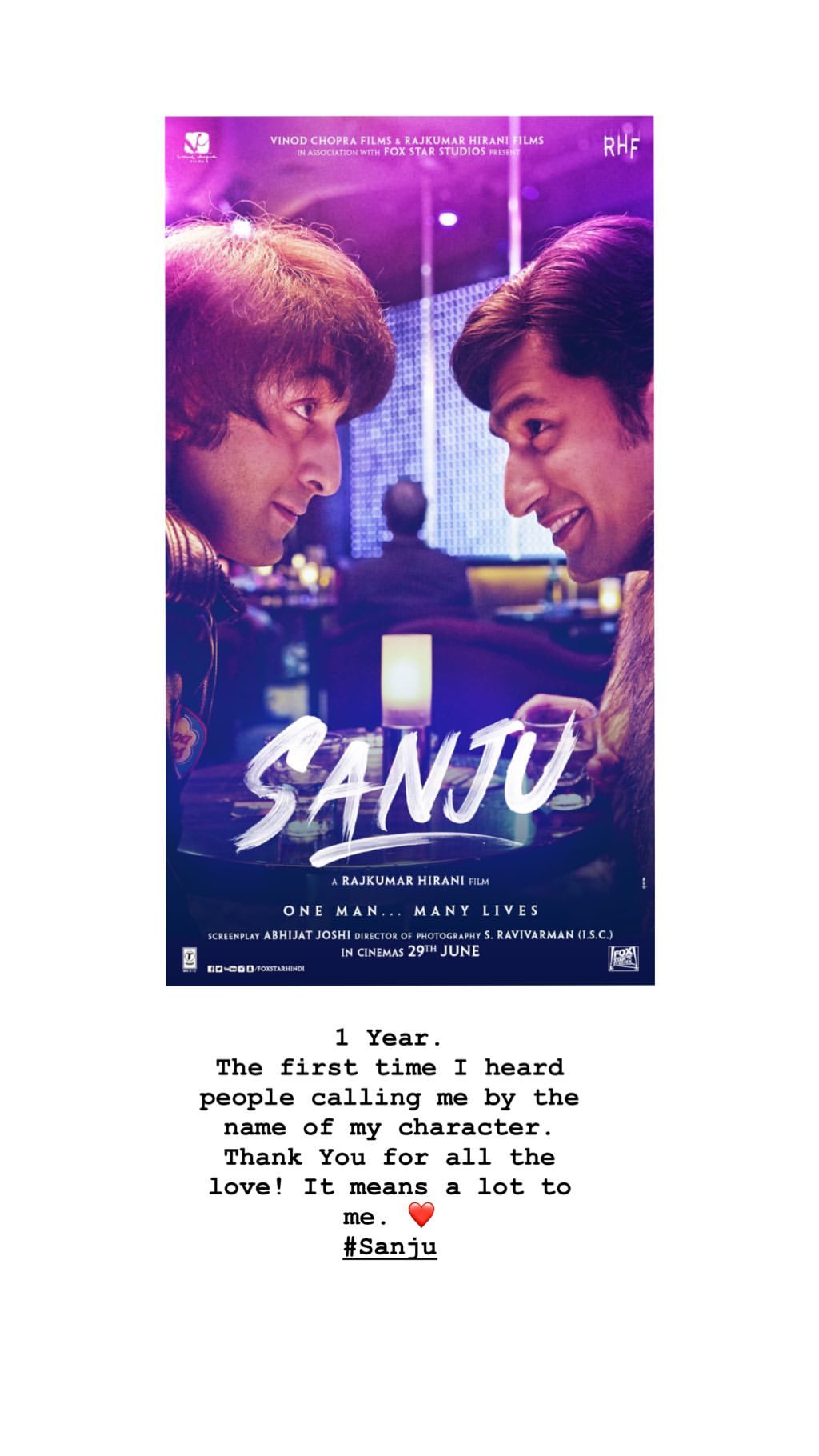 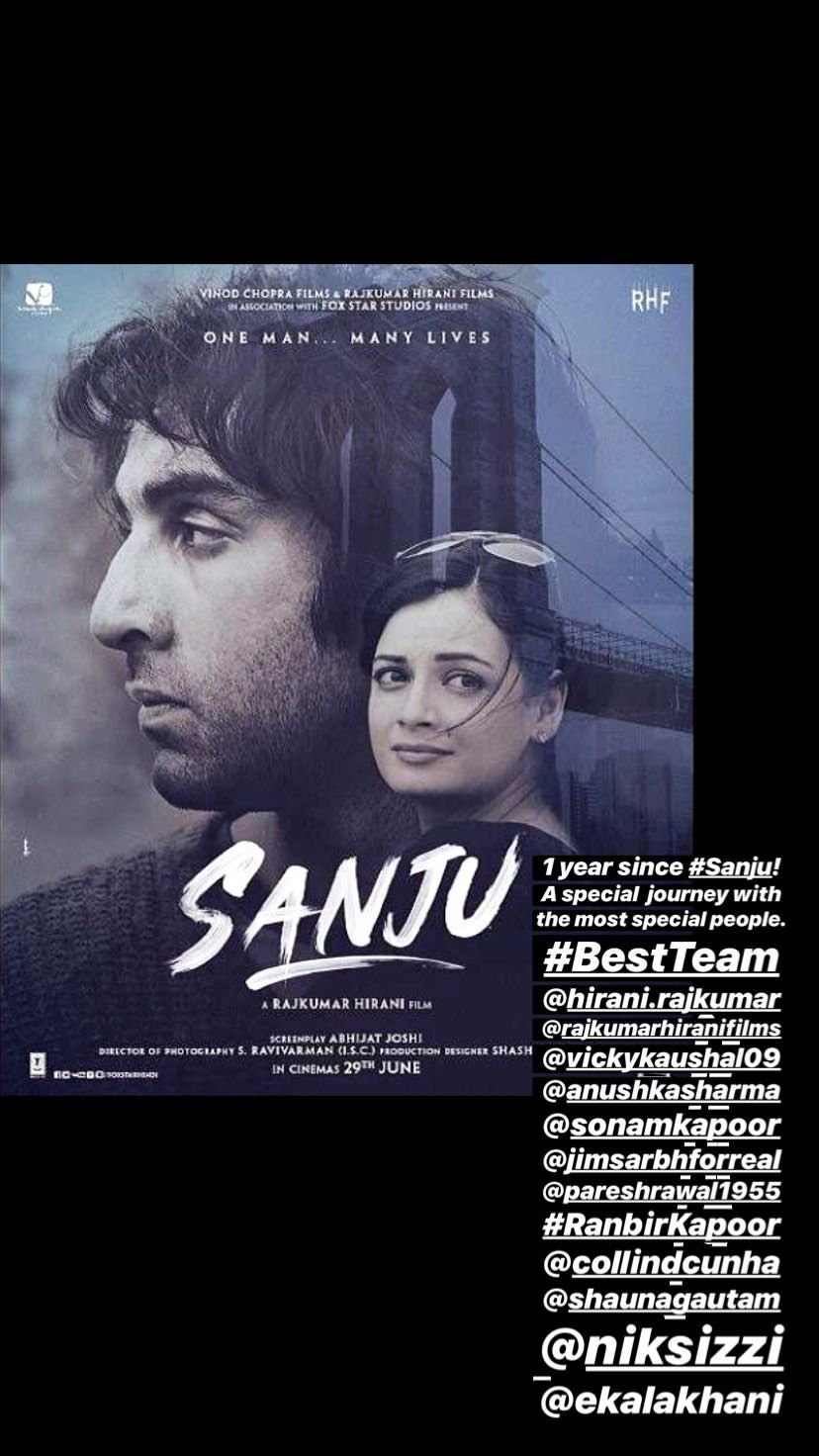 Criticised for whitewashing Sanjay Dutt’s image and showing the media in a bad light, the filmmaker Rajkumar was accused of not showing the actor’s life in its entirety and Sanju was seen as an attempt to hide Dutt’s controversial side.

The film featured Ranbir Kapoor and the major part of the story was focused on showing the actor’s fight with drug abuse and his relationship with his father, Sunil Dutt, played by Paresh Rawal.

In an interview earlier, Rajkumar had clarified, “When someone asked me that why I made a film on Sanjay since he is alive, I said that at least, I heard from him, so it is authentic. After his death, different people will tell their perception of Sanjay.”