Vicky also praised his co-actors and director Aditya Dhar for being part of the film.

Actor Vicky Kaushal, who is playing the role of an Indian commando in the recently released Uri – The Surgical Strike, has said the entire film team is going through a surreal feeling that audience has accepted the war-drama with open arms. Also Read - Katrina Kaif Tests Positive For COVID-19, Urges Others to Get Tested

Vicky Kaushal was interacting with media after the success of the film along with his co-stars Mohit Raina and Yami Gautam on Saturday in Mumbai. Also Read - Vicky Kaushal Contracts COVID-19 And in Home Isolation, Check Official Statement

The movie is based on the 2016 Indian Army’s surgical strikes inside Pakistan as a retaliation for the Uri terrorist attack. The film has managed to collect Rs 8.20 crore at the box-office after the first day of its release, sources said. Also Read - Starring Vicky Kaushal, Meghna Gulzar's Next Titled As Sam Bahadur

“Till the film is released, you don’t have an idea if it is going to work. But since yesterday, the kind of reaction we have received is really overwhelming. It’s a surreal feeling that audience has accepted our film with open arms,” said Vicky Kaushal. 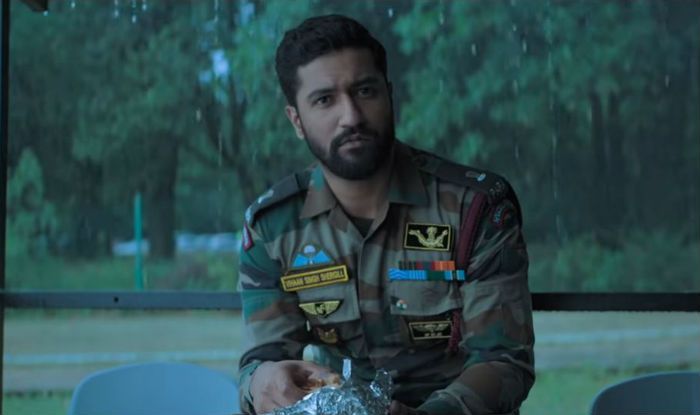 “In today’s age, it is very difficult for a debutant director to get backing from producers for the story and then get a huge release for his film. Ultimately, when the audience appreciates the film then, it’s a really special thing for the entire team,” said Vicky.

Yesterday makers of Uri… hosted a special screening for the Army personnel.

“It feels really great when Army men appreciate your film because we have made this film to pay tribute for their work,” said Vicky.

“Yesterday, we hosted the screening for Sikh Regiment. Interestingly, they trained all actors who are playing the role of a commando in the film so, it was a special moment for us because, during the training, they used to scold us. But yesterday, they were appreciating our performance,” he said.

Asked if his team would like to host a special screening for Prime Minister Narendra Modi, he said, “Definitely.. we would love to, but I don’t think he will have the time.”