Vidya Balan: I am a Feminist Work-in-Progress | Exclusive Interview

Vidya Balan asks why can't the world just let a woman be. She objects to how women, especially in India, are made to believe that being a mother is 'their ultimate goal in life'. She talks about feminism, being good at maths, and of course, mathematician Shakuntala Devi in an exclusive interview with india.com.

Vidya Balan is known to celebrate women on-screen like no other actor from her league. Right from The Dirty Picture, the Kahaani series, Ishqiya, Begum Jaan, Tumhari Sulu, to Shakuntala Devi now, the actor has been presenting women like how we see them around us – slightly flawed, immensely strong, emotional, hearty, sometimes ferocious and always ready to face the world. In a video interview for her next movie Shakuntala Devi, when we met Vidya this time, she was more excited than ever to talk about the woman who is known as the human prodigy and has probably been one of the most intelligent human beings on Earth. As the actor got to play another real-life character, she talked about the changes that role brought in her, her idea of feminism, and how she looks at the gender roles set for everyone in our society. Excerpt:

How much of a woman’s emotional strength does this film represent?
It goes beyond representing that. It actually represents what magic can happen when a woman loves and accepts herself. That’s what Shakuntala Devi is all about. She didn’t judge herself. She didn’t doubt herself ever. She was full of confidence. She was full of desire to live life fully, to give it all she had, to do all she could. And I think which is why she’s so inspiring. We are talking (about something which happened) 15 years ago. It’s not even like two-three-four-five years ago. At that time, the reality was very different for women. 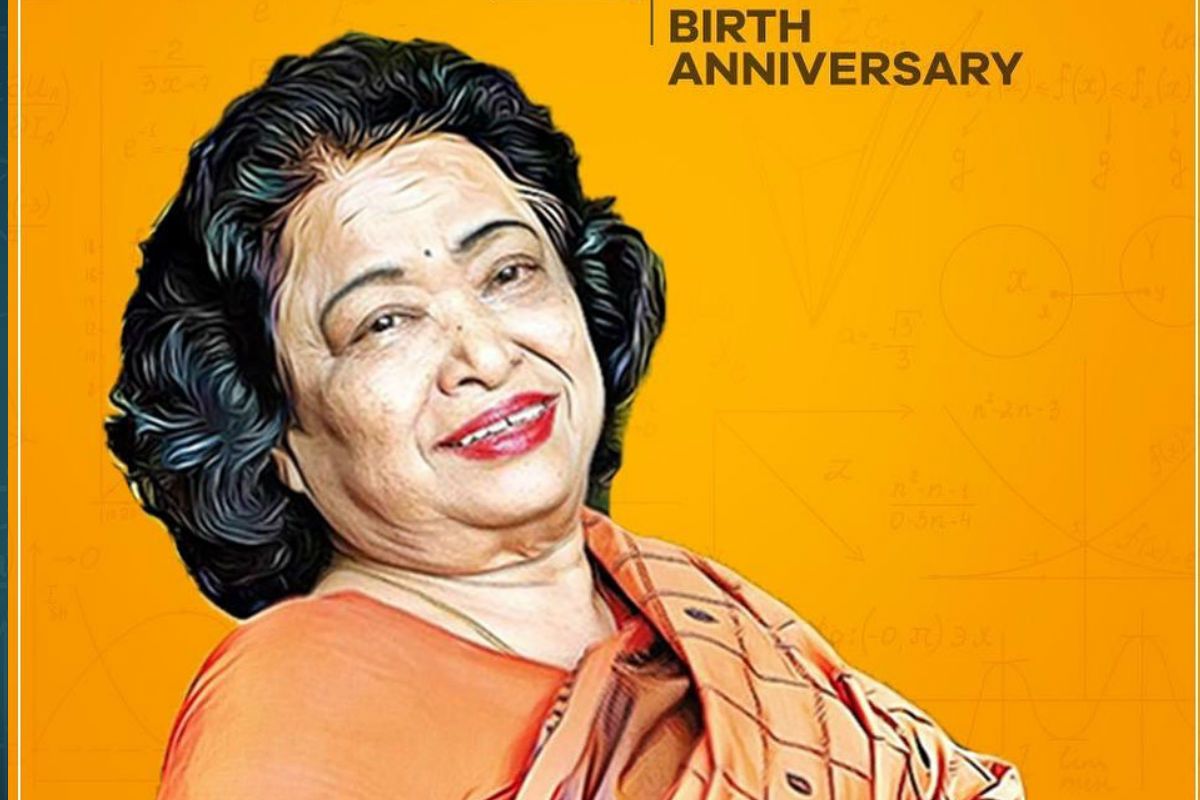 The film tries to bring back focus on education also. What are the issues and loopholes do you see in the Indian education system?
No, I think it doesn’t really focus on our education system. It’s telling her story. The story of a genius, the person that lied beneath that genius. I don’t really want to comment on the education system. But, if there’s one thing that this film has made me realise is that maths can be fun. Of course, I enjoy maths. So I have no complaints. But, most people I speak seem to have a problem with maths and I have realised that’s because maths is taught as an abstraction. Whereas Shakuntala Devi makes you realise that maths is everything in life. When it became interactive, it broke those barriers. Then took away your fear of maths.

Were you good at maths, Vidya?
Yes, I was.

In the trailer, there comes a point when Shakuntala Devi tells her daughter that ‘I left maths for you’ which was, of course, the dearest thing ever for her. Do you think that for a woman, especially in the kind of the society we live in, we have somehow been told that no life is possible for a woman without making compromises?
Absolutely. And which is why the world cannot get her (Shakuntala Devi). Because that’s a woman and they couldn’t understand how she was not just satisfied by being a mother. Every woman has been told that you feel complete when you become a mother. Here, she was a mother and they didn’t realise why she needed anything else in her life. If you ask me, her biggest flaw is that she wanted to have it all. And it was not a flaw really but the world saw it as a flaw in her. That’s ridiculous.

Why can’t you be happy? What is the ultimate joy? How many of us even deal with this even today. So many women give up everything after they become mothers not because they want to but because they are asked to, because they are judged if they are not. Like you said, even if they don’t give up, they have to compromise, they have to settle for less. Also, because there’s not much help from, for example, the partners and their families. They feel ‘it’s your responsibility. Let the child grow up. Then you can go ahead and do whatever you want.’

What you are saying is of course true. That’s the larger picture in our country. But don’t you think some percentage of women are also responsible for easily adapting to this kind of situation? Maybe.
We don’t know better. Because historically, you have been told one thing. There’s a certain expectation that… not an expectation, there’s a certain insinuation that the ultimate goal for a woman is to be a mother and to have a family. And the family has to be the only priority. So, then if you have your own individual priorities, that’s a conflict. See, women… even if they feel differently, they feel that they are wrong by expecting more from life. You and I, maybe have the education, we have come from a background where we have been given the wings to fly but in most cases, that’s still not the reality. So, it’s not so much about the women, it’s not even about the men. None of us know any better. It’s that tradition that has been carried forward mindlessly or blindly but now, eyes are opening. There is awareness. We realise that we are actually equal. Now how are we going to include that understanding in our lives? How is that understanding going to change our lives? 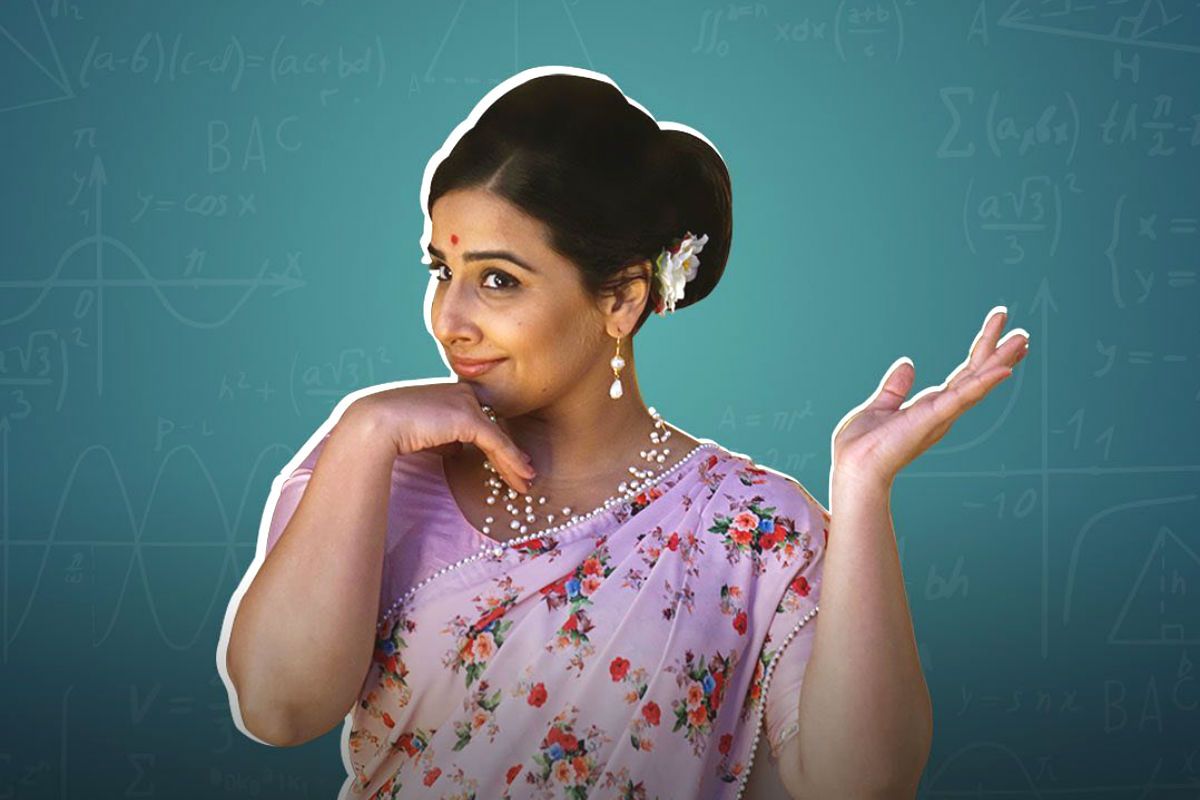 What is the best thing about playing Shakuntala Devi on-screen?
I think she has opened up my mind… to the fact that maths is everything and it’s staring us in the face saying ‘why don’t we see it’. One is that. And the other, I believe I am a fearless person, largely fearless, but I think doing this film has pushed me a little more to let go of my fears, my judgments of myself. To just love and accept me even more than I already do. I think she’s very inspiring. She didn’t second guess herself. She was like, ‘just because I am a woman, why should I limit my life? I am a capable woman. I am a bright woman. I am an intelligent woman and probably the most intelligent person in the country – why the hell should I limit my life?’

You just mentioned that the film opened your mind and made you fearless… would you call yourself completely unabashed, complete fearless today?
No, not completely yet. Not yet.

Is Vidya Balan a feminist?
Absolutely. I think so. But I’d say my understanding of feminism has also evolved over the years and now, I would like to say that I am a feminist work-in-progress.