When Priyanka Chopra-Nick Jonas Made These 9 Statements About Love, Relationship And Their Life Together

Priyanka Chopra and Nick Jonas started dating after their first public appearance at Met Gala 2017. Here's everything about their love story

Priyanka Chopra and Nick Jonas have got married as per Christian wedding rituals. Their wedding according to Hindu wedding rituals is happening tonight. The much-in-love couple has reportedly sold the rights of their wedding pictures to an international magazine and that’s the reason why no picture from their white wedding was seen surfacing on the internet. Also Read - Priyanka Chopra Jonas is The Inspiration When I'm Writing: Nick Jonas Talks About His 'Muse' And Wife Like Never Before

The two have revealed in their latest interview with Vogue how they are head over heels in love with each other. The couple also gave away details about how Nick proposed to Priyanka by bending on his knees and how they decided to get married. After meeting for the first time at Met Gala 2017, they exchanged numbers and started texting each other. From then to this day, when they are officially going to be a man and wife, a lot of things happened. From denying the rumours of their relationship to now getting married, PC-Nick have come a long way. Before we get a glimpse of their Hindu wedding, let’s take a look back to all those lovely statements these two have made about each other on various occasions. Also Read - Priyanka Chopra Jonas Wears Dhoti Pants With Open Jacket at BAFTAs - See Viral Photos 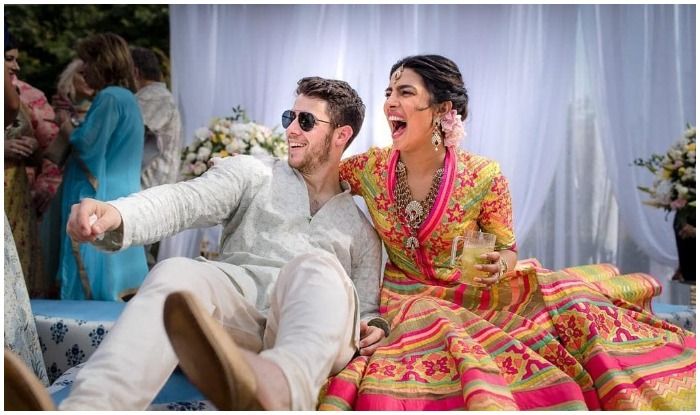 Also Read - BAFTAs 2021: Priyanka Chopra Jonas Steals The Show in Her Butterfly Dress, Rocks a Plunging Neckline Like a Boss

When she denied dating Nick on the Jimmy Kimmel show:
“We were both wearing Ralph Lauren! And we decided to go together (to Met Gala 2017) because it was fun”.

Nick on starting a new life with PC (to E! News):
“The thing that really connected both of us is our love for family and faith and the importance of being connected to those who are always going to be with you. And we found that in each other as well, which is a beautiful thing and I am excited to start our lives together”.

Have a look at the following statements they gave to Vogue:

How Nick proposed to Priyanka:
“I get on one knee—this is in front of a bunch of people—and I say, ‘You’re real. Where have you been all my life?’ Like, loud”. PC on how Nick won her over with his words:
“He said, ‘I love the way you look at the world. I love the drive you have’. As a girl, I’ve never had a guy tell me, ‘I like your ambition. It’s always been the opposite”.

PC on how he broke her rule of not acknowledging a relationship in public:
“What is happening? I’ve not known myself like this. This guy turned me into such a girl! If I could blush, I’d be tomato red right now”.

This conversation about the first time PC invited Nick over:
PC: We hung out for a couple of hours. He patted my back before he left. There was no kiss. There was nothing. There was a back pat.
Nick: She’s still upset about that
Nick to PC: Your mom was in the house! I thought it was a respectful first night.
PC: It was too respectful if you ask me. 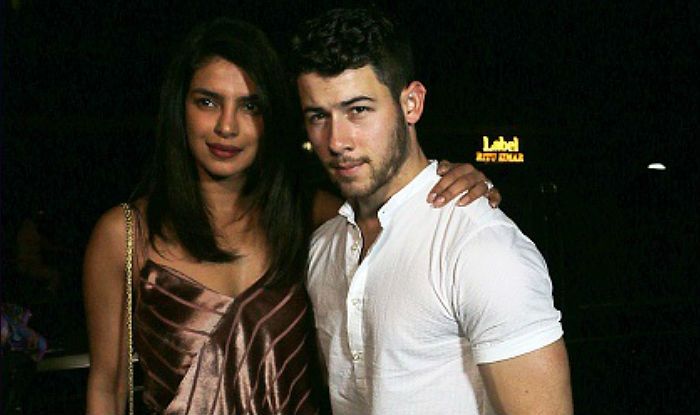 When Jonas invited Chopra to the Beauty and the Beast show:
“She walks into the Chateau, and I feel an overwhelming sense of peace and understanding about this next chapter of my life”.

Nick on proposing to PC:
“I got down on one knee, again, and I said: ‘Will you make me the happiest man in the world and marry me?’ No joke—she took about 45 seconds. Forty-five seconds of silence. I said, ‘I’m going to put this ring on your finger now unless you have any objections’ “.

PC on her Roka ceremony:
“It was such an incredible coming-together of two really ancient cultures and religions. Nick did the Hindu prayer. The prayers are in Sanskrit. Even I can’t say them. But he did it in Sanskrit. The Indians were so impressed with their National Jiju”.