Bollywood is suddenly in a mood for fresh pairings and keeping up with the tempo, the latest buzz in Tinseltown is of the upcoming movie Ginny Weds Sunny which will see Yami Gautam and Vikrant Massey coming together for the first time. Marking Puneet Khanna’s directorial debut, the romantic comedy will go on floors from September 1 this year and fans can’t wait to see their favourites slay together. Also Read - Bhoot Police VS Liger Box Office Clash: Saif Ali Khan And Vijay Deverakonda Are Set To Rule Theatre This September

#Announcement: Yami Gautam and Vikrant Massey in #GinnyWedsSunny… Will be filmed in #Delhi, #Noida, #Ghaziabad and #Manali over 50 days from 1 Sept 2019… Directed by debutant Puneet Khanna… Produced by Vinod Bachchan.

Taking to her Instagram handle, Yami shared a clipping from a news daily that gave more details into the upcoming movie and captioned it, “New beginnings. Let’s do this” (sic). Reposting the same, Vikrant replied, “So looking forward to this” and punctuated it with a red heart emoji. 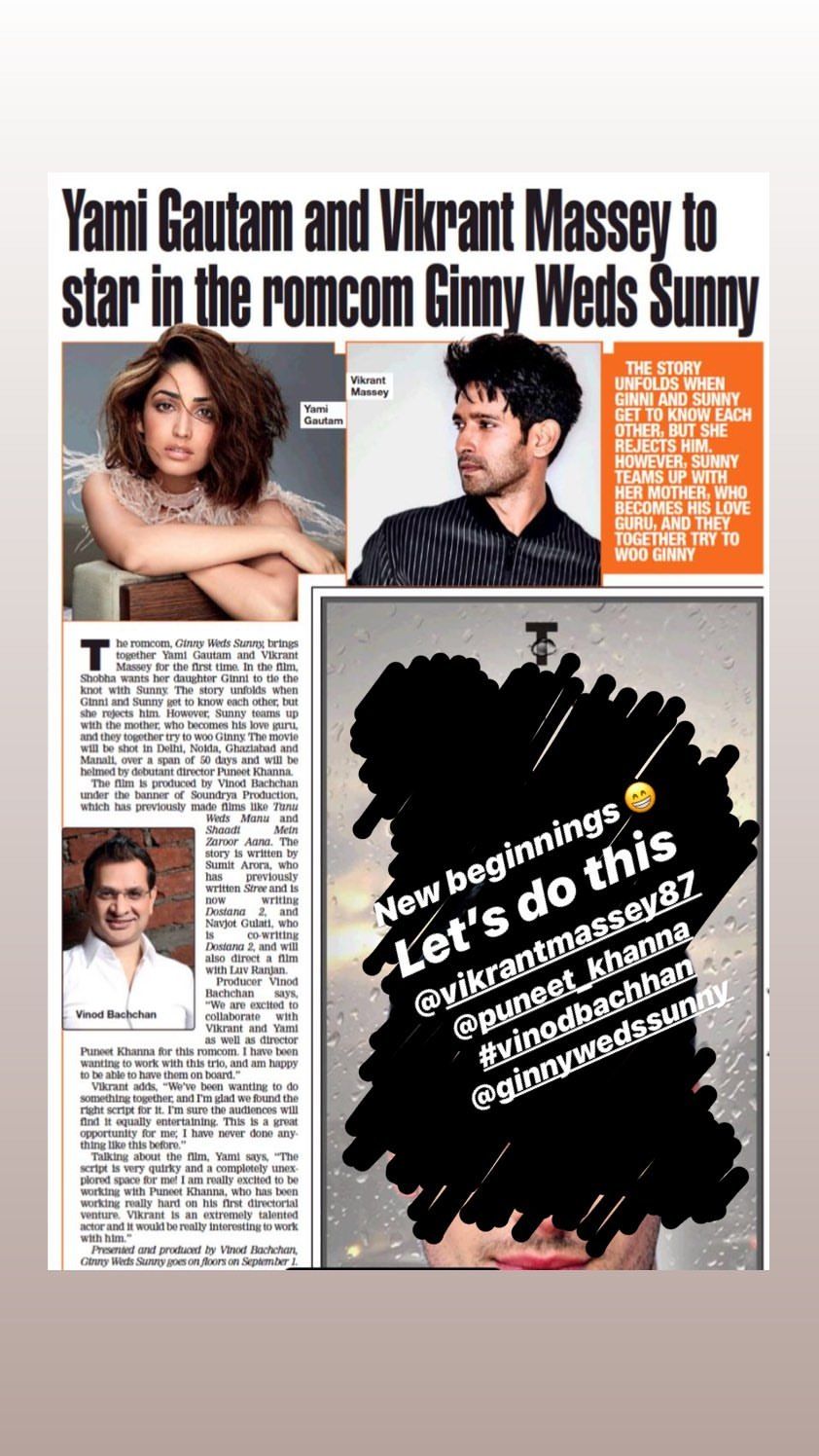 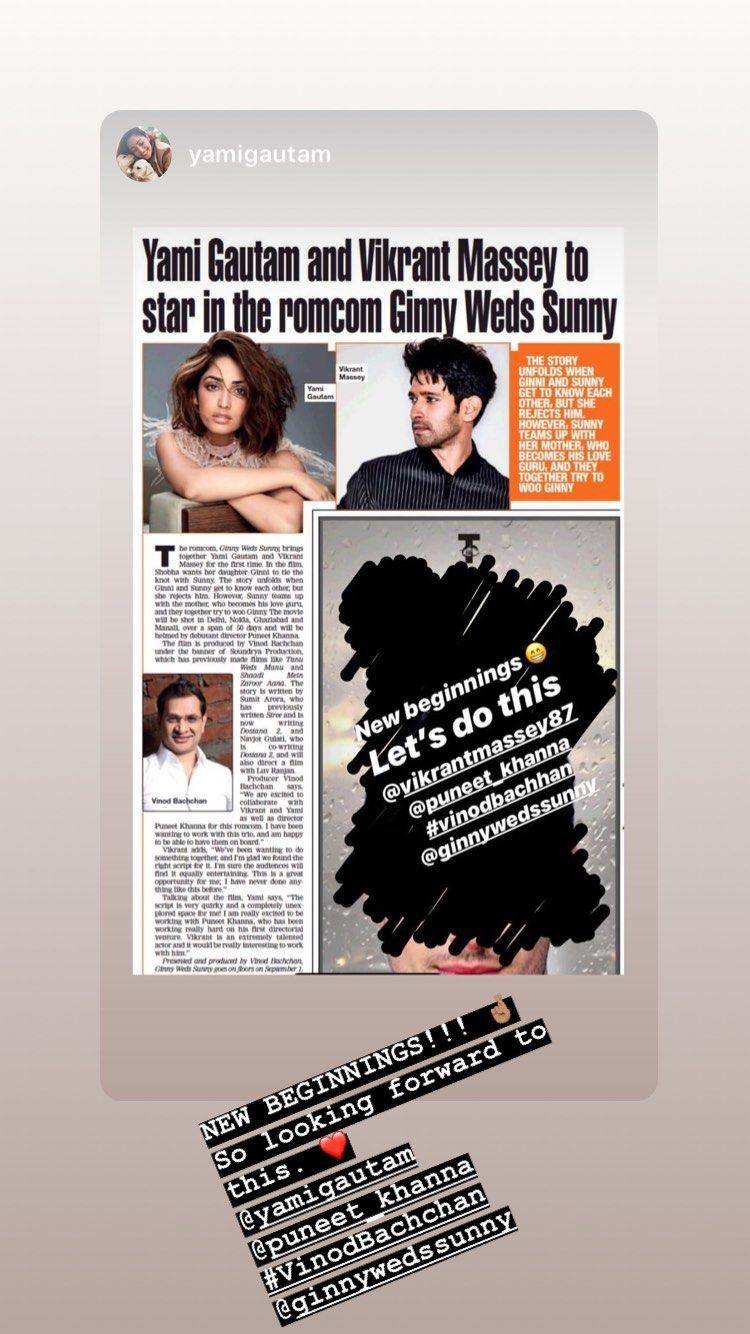 Meanwhile, Yami was last seen in Uri: The Surgical Strike with Vicky Kaushal will next be seen in Bala along with Ayushmann Khurrana and Bhumi Pednekar. She has recently wrapped up shooting for Bala which is directed by Amar Kaushik who earlier helmed Rajkummar Rao and Shraddha Kapoor starrer Stree. Bala is a socially relevant film where Ayushmann plays the role of a young bald man who struggles to meet the societal standards of pretentious beauty. Ayushmann posted a picture of the wrap-up cake on social media revealing that another journey ended and he was proud to give the film his best.

Vikrant, on the other hand, has recently wrapped up shooting for Chhapaak which is based on the story of an acid-attack survivor, Laxmi. While Deepika Padukone plays the lead Laxmi, Vikrant will be essaying the role of her husband. Laxmi was attacked at the age of 16 by a 32-year-old man who stalked her and then threw acid at her after she rejected his advances. Directed by Meghna Gulzar, Chhapaak is slated to release on January 10, 2020 and will be clashing with Ajay Devgn starrer Tanhaji: The Unsung Warrior at the Box Office.